Ricciardo can ‘definitely be better’ after lowly Thursday result

Ricciardo can ‘definitely be better’ after lowly Thursday result 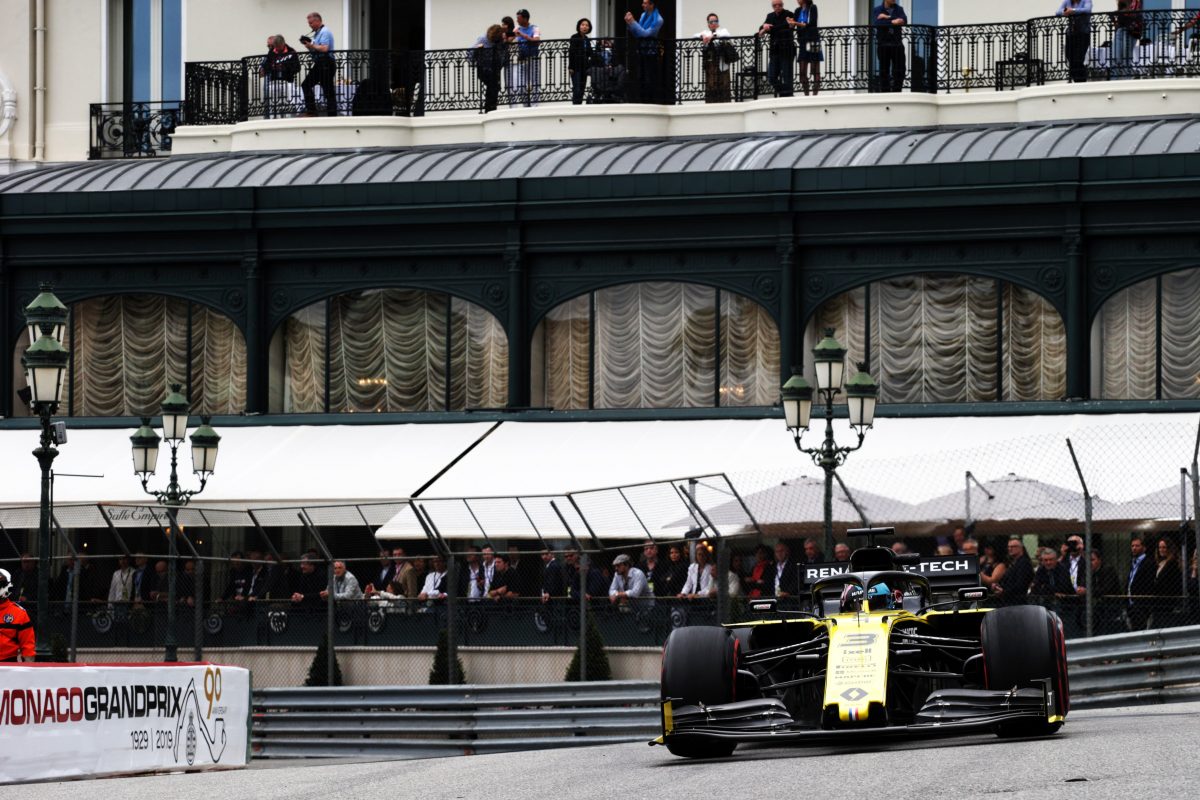 Daniel Ricciardo believes that he can “definitely be better” after he was 17th fastest on the first day of the Monaco Grand Prix.

Both of the Renaults were highly uncompetitive pace in Practice 2 in particular, with Nico Hulkenberg finishing Thursday 1.754s slower than pace-setter Lewis Hamilton, and Ricciardo another 0.016s back.

Ricciardo, however, is expecting better after resuming from the Friday off in the Principality, even if he did poke fun at where he languishes on the timesheets.

“If we do gain that little bit, then (it is) one of those places (where) you get a bit more confidence with it and the lap time will come, so I’m still alright; hopefully we’ll find it in the next 24 hours.”

The Renaults were in the mix with the Mercedes, Ferraris, and Red Bulls, during parts of Practice 1 before Hulkenberg settled in seventh (+1.121s to first position) and his Australian team-mate 11th (+1.307s).

Ricciardo believes that a mis-step in set-up direction saw them fall further down the order in the latter 90-minute session, but is unsure about the prospect of making up all the ground to the benchmark Mercedes.

“Obviously we’ve got some things to improve for sure, so we didn’t expect to be that far down, especially after the morning,” he said.

“I thought we looked alright and I felt there were some easy places to improve in the lap time. In the afternoon, I felt like we didn’t really evolve with the track; we made some changes but probably not for the best, so at least we learn from that.

“Going back to what we know is okay but we know that we still want more than that so we’ll definitely make some changes for Saturday; hopefully they work.

“I’m still optimistic we can do better than what we showed (on Thursday) but obviously we’ve got a day to think about it now but it would be nice to see your times a bit further up on the Thursday.”

He also could not point to a specific area for Renault to fix.

“I think there’s a little bit of everywhere, for sure,” said the 29-year-old.

“On Saturday there’s still more to come and you don’t need to do everything on Thursday, so personally I know there’s a little bit of lap time but there’s not the second that we’re looking for so that’ll be a bit of me, but in the car it’s probably a bit everywhere.

“In terms of one place that stands out, I think our middle sector can be better, I don’t think we’re as competitive in the middle sector in the tight and twisty stuff for now.”

Practice 3 starts on Saturday at 2000 AEST before Qualifying at 2300 AEST.