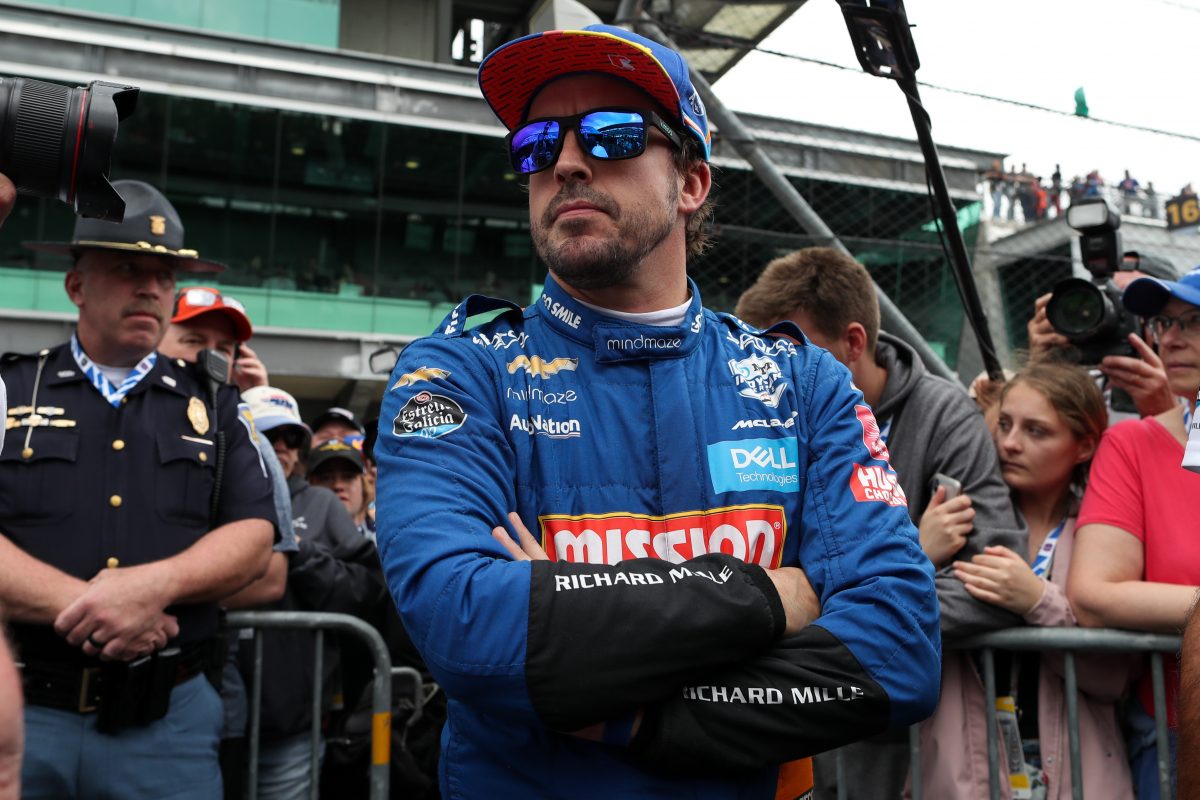 Fernando Alonso failed to qualify for the Indianapolis 500

McLaren CEO Zak Brown says his team plans to return to the Brickyard after several embarrassing errors left its superstar driver Fernando Alonso without a ticket into this Sunday’s Indianapolis 500.

The final piece of Alonso’s triple crown remains elusive for at least another 12 months after he failed to make the top three in the Last Row Qualifications.

Speaking upon his return to the Formula 1 paddock for the Monaco Grand Prix, Brown admits he ‘let down’ the two-time world drivers’ champion.

The McLaren boss suggested that the Woking outfit would return to Indianapolis campaign and believes that Alonso would be keen to stay with them for another campaign.

“We want to go back (and) we’d like to go back with Fernando,” declared Brown.

“You know what racing is like; whether you have a crash or lose a race, you dust yourself off, get emotional, but then you want to come back and do it again and prove to yourself you can do it.

“We’re only 48 hours out of it. We’re resilient (and) upset with what happened, but we’re racers.”

Significantly, there was not one single error which put paid to their hopes at the Brickyard, but a succession of unusual and at times embarrassing mistakes.

McLaren missed well over a day of running after Alonso’s crash on the second day of the event, as the spare car was not ready due to having had to be repainted to the correct shade of orange.

Another calamity was the lack of steering wheel for their car until a week out from their Texas Motor Speedway test in April, while Alonso ran with an incorrect gear ratio on the second day of qualifying.

Brown admitted he started to see warning signs around that time but failed to act in time to prevent the ultimate failure, after which Bob Fernley split from the operation.

“There were red flags for me pretty early on,” confessed Brown. “I’m disappointed I didn’t jump on them quicker.

“Our first test (at TMS) didn’t go that well, and I felt we had plenty of time to be prepared to roll out at 9:01 am when the track opened, so that was a big red flag.

“We got a little bit too fancy (when) we were going to make our own steering wheel. We realised about two weeks out (from the race) we weren’t going to get it done in time.

“When we did a radical set-up change overnight on Saturday (before Bump Day), the guys hadn’t slept, and we get a calculation wrong, which is normally an unacceptable error.

“What really was the doomsday was when we didn’t have the spare car ready and lost a day and a half of track time.

“We made a lot of mistakes, and mistakes breed more mistakes.

Their early exit from the May event was the first time from 12 appearances McLaren have been bumped from the Indianapolis grid.

Brown’s frank admissions are arguably a surprise, but he feels that he needs to be honest with fans and stakeholders, and learn from the experience.

“I felt it was important people understood what went on behind the scenes,” he said.

“I wasn’t going to cover it up. I think people needed to hear it, as embarrassing as it was.

“At the end of the day, I’m the CEO, so I put the blame at my feet. It was a project I put together, and it wasn’t successful, so that’s on me. I’ll learn from that.

“There’s definitely a lot of things I would do differently.

“You have your highs and lows, and that was the biggest low I’ve ever had in my 25 years in motor racing.

“I regret the outcome, but don’t regret doing it. It just didn’t go according to plan.”

Alonso will now have to wait at least another year before he can have another crack at sealing the unofficial triple crown of motorsport alongside his two Monaco Grand Prix wins and 24 Hours of Le Mans triumph in 2018.

Despite McLaren causing further disappointment for Alonso, Brown remains faithful that they have a strong relationship with the Spaniard to work forward.

“I’ve spoken to Fernando since then, and we’ve had that conversation. He, like us, wants to decompress for a little bit,” explained Brown.

“I wouldn’t rule it out. It’s a conversation we will be having with him later.

“At the same time, if one of the top teams (who) routinely win the race give him a call, and I’m Fernando Alonso, you’d certainly consider it. But the relationship with Fernando is great.”