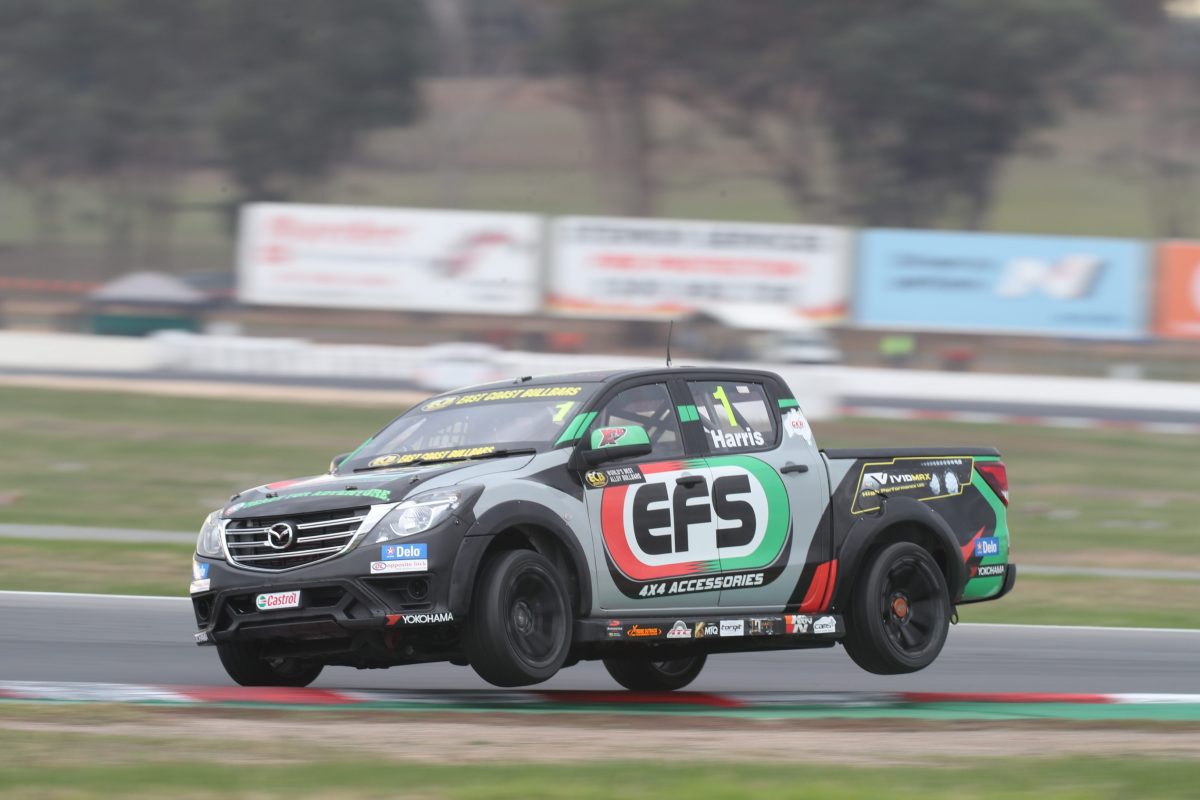 The Mazda BT-50 driver, who has three race wins to his name already this season, was the early pace-setter during the 20-minute hit-out to start Round 3 of the series.

Two-time Dakar Rally winner Toby Price followed in second, four tenths off the pace in a Mitsubishi Triton, in his first SuperUtes outing of 2019.

Fellow Sieders Racing Team driver Cameron Crick, in another Triton, rounded out the top three, while series leader Tom Alexander was fourth in the sole Isuzu D-Max in the field.

This weekend sees the SuperUtes take on a new tyre and wheel combination, with Harris lapping at a best of 1:39.7904s.

While practice at Winton last year was affected by rain, Armor All Pole Position was only 1:43.2287s in dry weather.