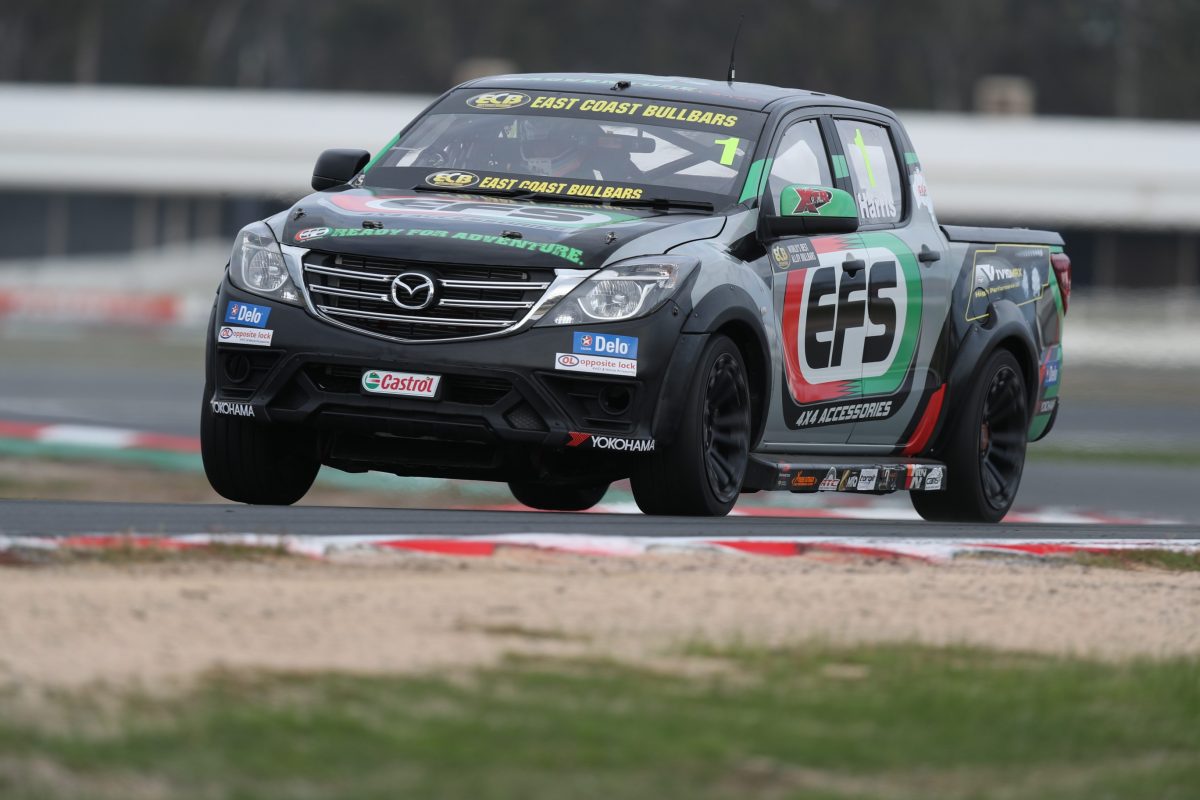 Ryal Harris has picked off Cameron Crick in the dying stages of Practice 2 to finish on top again in Round 3 of the ECB SuperUtes Series at Winton Motor Raceway.

Crick led for the majority of the session in his #7 Mitsubishi Triton before Harris in the #1 Mazda BT-50 recorded a time of 1:40.0265 on his final lap around the 3.00km circuit.

Rainfall between the two practice sessions meant no times were improved from the morning hit-out.

Craig Woods led a quartet of Toyota Hiluxes in fifth ahead of Ben Walsh, Gerard Maggs and Craig Thompson.

Qualifying for the Saturday morning opening race commences this afternoon at 1415 local time/AEST.