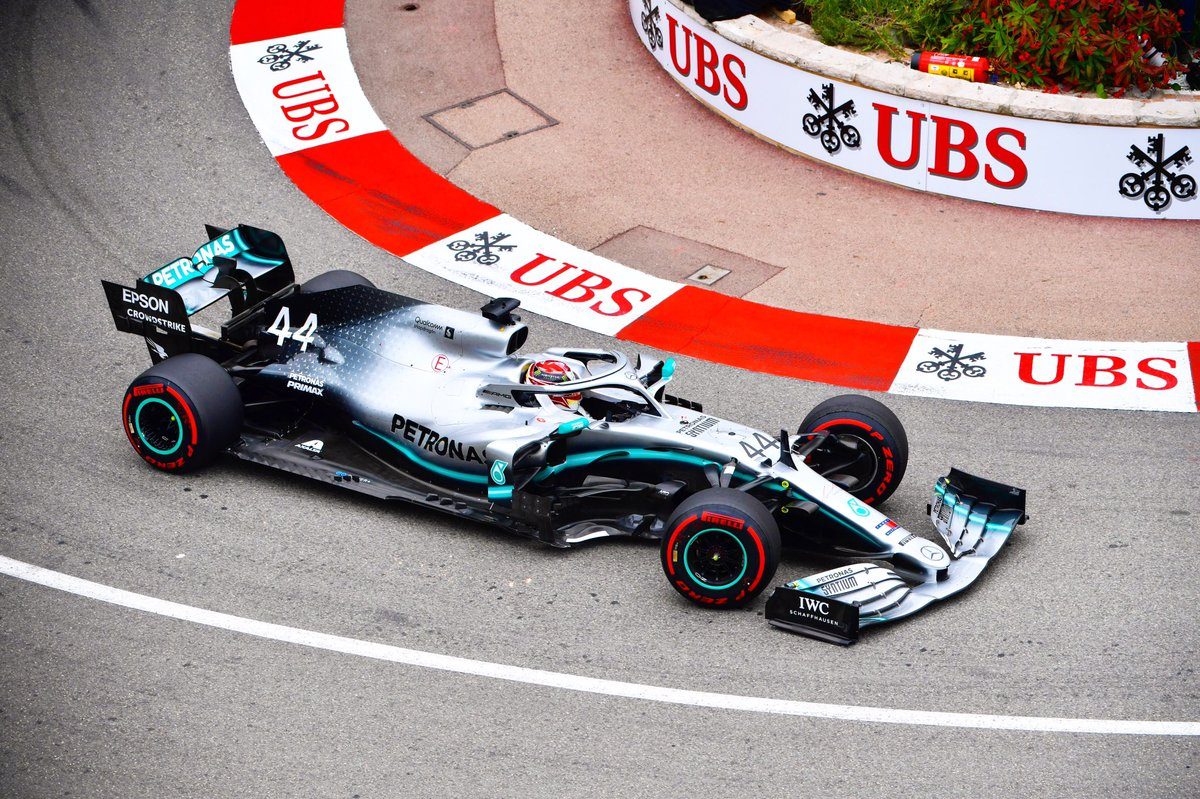 Lewis Hamilton has gone fastest on the first day of practice for the Monaco Grand Prix, ahead of Mercedes team-mate Valtteri Bottas.

Even on a tyre which appeared to have been marked in a mistake made at Sainte Devote, Hamilton set a 1:11.118s which stood up for the final half-hour of Practice 2.

Bottas finished the session and the day less than a tenth away from the Brit, while Ferrari’s Sebastian Vettel was best of the rest at more than three-quarters of a second slower than Hamilton.

Max Verstappen could only claim sixth position having suffered a technical drama with his Red Bull, while the Renaults finished 16th and 17th in Practice 2 as Nico Hulkenberg edged Daniel Ricciardo by 0.016s.

The opening runs of Practice 2 saw a diversion in tyre choice, with Hamilton getting down to a 1:11.926s on medium compound tyres and Bottas subsequently a 1:11.959s also with the yellow-banded rubber on his car.

Vettel used soft tyres to clock a 1:11.881s as the second half-hour started, before the Mercedes duo traded top spot between them when they put on the C5 tyres, the softest in the 2019 range.

Hamilton’s fastest lap came just a few minutes after he locked his outside front wheel and ran long at the first corner of the circuit.

Bottas had not long done a 1:11.199s, which the Finn ultimately did not improve on.

Nevertheless, with the focus then shifting to race runs, the Silver Arrows remained at the top of the timing screen. 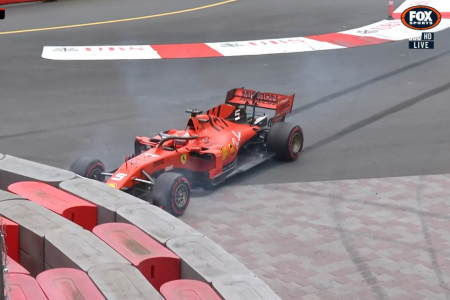 Vettel very nearly nosed his Ferrari into the wall when he locked the inside front at Sainte Devote in the final 20 minutes, but managed to only damage a tyre or two.

The German spent the whole 90-minute session on the soft compound.

Pierre Gasly was fourth at 0.820s off the pace while Alexander Albon in a Scuderia Toro Rosso entry split the Red Bulls.

Having returned for the final 15 minutes, Verstappen then commented on his radio that “the car has no grip at all” as he failed to find an improvement.

Hulkenberg’s best was a 1:12.872s and Ricciardo’s 1:12.888s, while the Williams of George Russell and Robert Kubica brought up the rear in the second session.

The Haas cars were both black flagged early into the weekend’s proceedings due to a communications failure which affected not only the VF-19s but also telemetry and technology in the garage.

Team Principal Guenther Steiner would later reveal on Sky Sports F1 that the team had in fact requested the black flags be shown as neither Magnussen nor Grosjean were noticing their pit boards.

Carlos Sainz’ McLaren had power unit problems in Practice 1 which prevented him from setting a representative lap in that session.

Kubica hit the barriers in the opening hit-out, but it could have been a lot worse when he cranked sideways out of the Casino Square complex and scraped the front wing of his car along the fence on the run down to Mirabeau.

Hamilton also topped that session, in which Verstappen and Bottas were within a tenth of the championship leader’s best time.

Practice 3 will be run on Saturday from 2000 AEST before Qualifying at 2300 AEST.