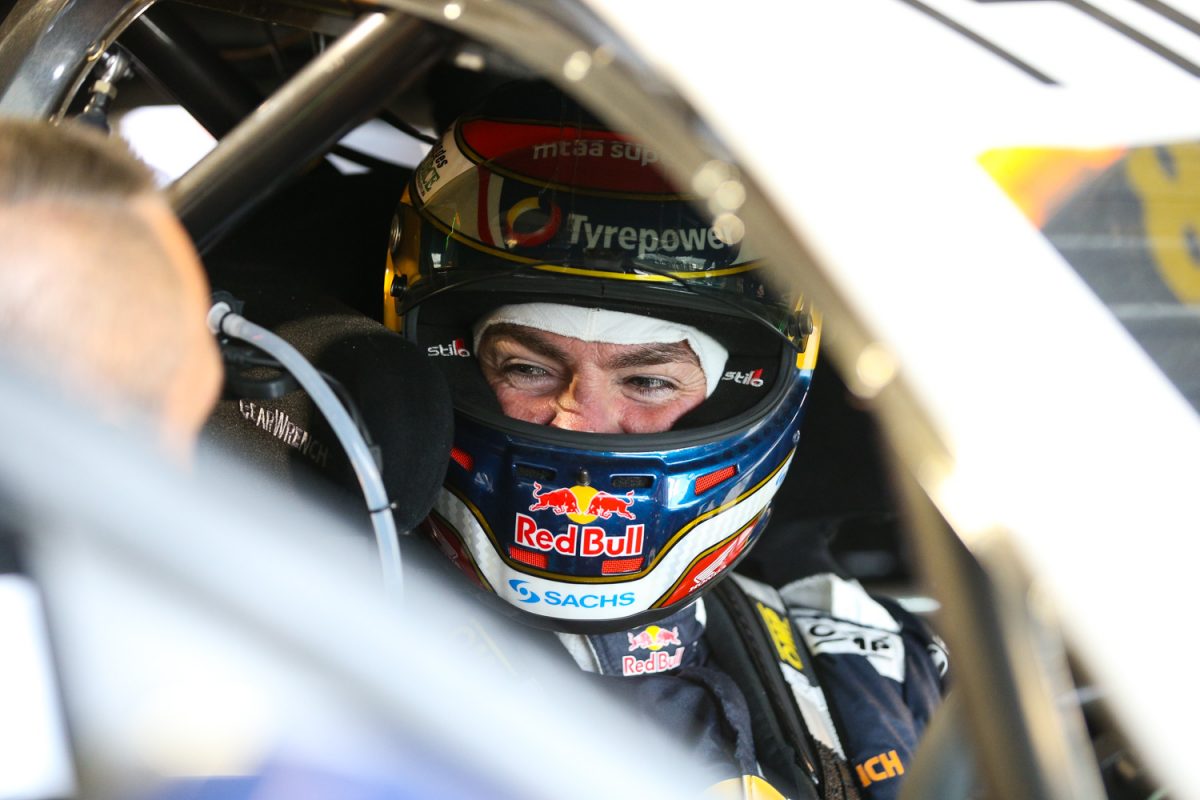 The fan favourite racer turned broadcaster climbed aboard the #88 Triple Eight Holden, which he will drive in the Pirtek Enduro Cup, for a special television segment during Fox Sports’ Supercars Trackside show today.

The brief 10 minute outing comes after the pair logged laps under lights for television prior to opening Supercars practice last time out at the Pirtek Perth SuperNight.

Today’s television track time was the only action from the Virgin Australia Supercars Championship entries today with the series trialling a two-day format this weekend.

Lowndes will take part in Saturday morning’s Additional Driver session at 0920 AEST, which will kick off the Supercars Championship action.

The session is likely to carry more importance than usual given primary drivers only have one 40 minute practice to decide the top 10 which will receive a bye to the second part of Armor All Qualifying.

Next Story Notable absentee at BJR for Winton SuperSprint