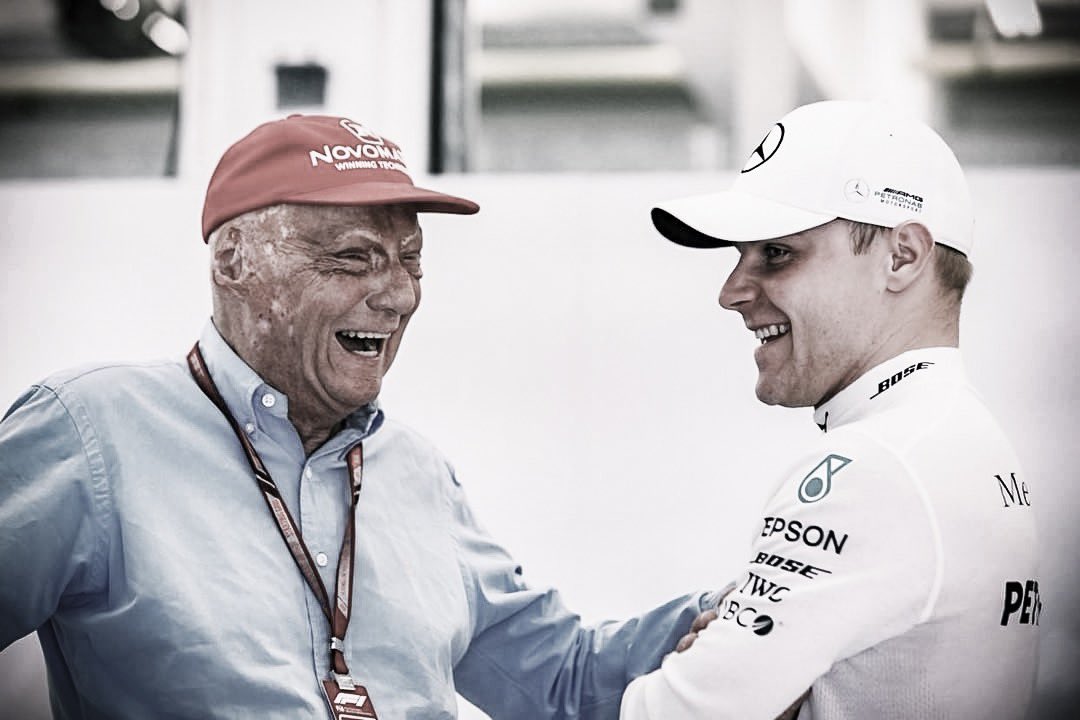 Hamilton was in fact excused from pre-Monaco Grand Prix media duties by the FIA but posted a heartfelt message on Twitter about the man who helped lure him to Mercedes.

“I’m struggling to believe you are gone,” wrote the Brit.

“I will miss our conversations, our laughs, the big hugs after winning races together.

“God rest your soul. Thank you for being a bright light in my life.

“I’ll always be here for your family should they ever need me. Love you man”

I’m struggling to believe you are gone. I will miss our conversations, our laughs, the big hugs after winning races together. God rest your soul. Thank you for being a bright light in my life. I’ll always be here for your family should they ever need me. Love you man pic.twitter.com/cotUpuvW2F

Bottas took Hamilton’s place in the Wednesday press conference in Monaco, in which he explained that Lauda was a confidant when the Finn was going through difficult periods on the race track.

“He was always funny. Full of a good sense of humour and so direct. He always said whatever he thinks, how things are,” said Bottas.

“He didn’t take different routes, he always said things directly, so that made for some funny situations sometimes in meetings and stuff.

“But I will say the best thing that will stand in my mind is that he was always there when I had a good result, to congratulate, and you could always see he was truly happy.

“But the main thing was, when I had some bad races, and difficult times, he was still always available to speak about anything, and really supportive – because he has the experience himself, as a racer, in life and racing that there will be setbacks and you can really improve from those.

“In that sense, that’s been massive motivation for me and will stay in my mind.”

Team principal Toto Wolff described Lauda as the squad’s ‘guiding light’ in the hours following news of his death.

Mercedes is set to pay its respects to Lauda in a number of ways this weekend, with Ferrari and McLaren, the teams with which the Austrian won his world championships, expected to do likewise.