Webber: Lauda was ‘an incredible force’ 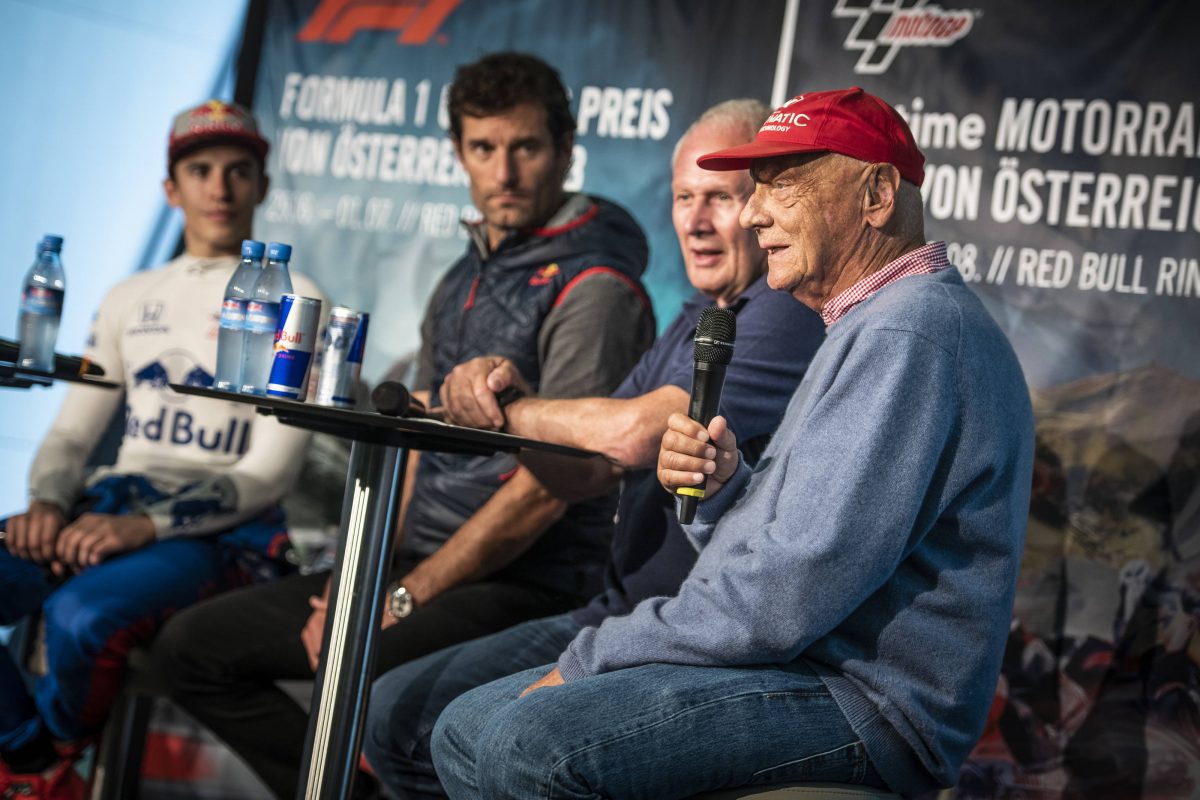 Mark Webber has described Niki Lauda as “an incredible force” and “like an army of 10 men” after the three-time world champion’s death.

Lauda passed away in the presence of family on Monday (local time), prompting an outpouring of tributes from all motorsport disciplines and aviation.

Webber was among the many to acknowledge Lauda’s death online, and has now expanded on his thoughts on the legendary figure.

“It’s a huge hole for us in the Formula 1 community,” the nine-time grand prix winner told Seven’s Sunrise.

“He was an absolute icon of our sport, his trophy cabinet was exceptional, but as a man, what he did, he was self-made, he came through some incredible adversity, the crash, in a coma, the burns he had, he came back within 40 days and raced at Monza…

“Fellow drivers stopped to pull him out and he went on to an incredible career, and also an entrepreneur.

Webber drew attention to the Flight 004 incident of 1991, when a Lauda Air flight between Hong Kong and Vienna crashed, killing all 223 passengers and crew.

Lauda, a qualified pilot, goaded Boeing into admitting that an inherent fault with the aeroplane caused the crash after the manufacturer had initially refused to admit to the problem.

He would describe the incident as “the worst time of my life,” even worse than his own near-death experience at the Nurburgring, in an interview with The Guardian in 2006.

“He really was in incredible visionary; who as a racing driver would start up an aviation company?” said Webber.

“He was a captain, he was a commercial airline pilot himself, he could fly the Boeing aircrafts and there was a tragic accident in 1991 where there were 223 passengers lost their lives in one of Niki’s aircraft and he actually, singlehandedly pretty much, took Boeing on.

Mark Webber joined @MarkBeretta to remember Formula One legend Niki Lauda following his death at the age of 70. pic.twitter.com/6T8VL3CDNt