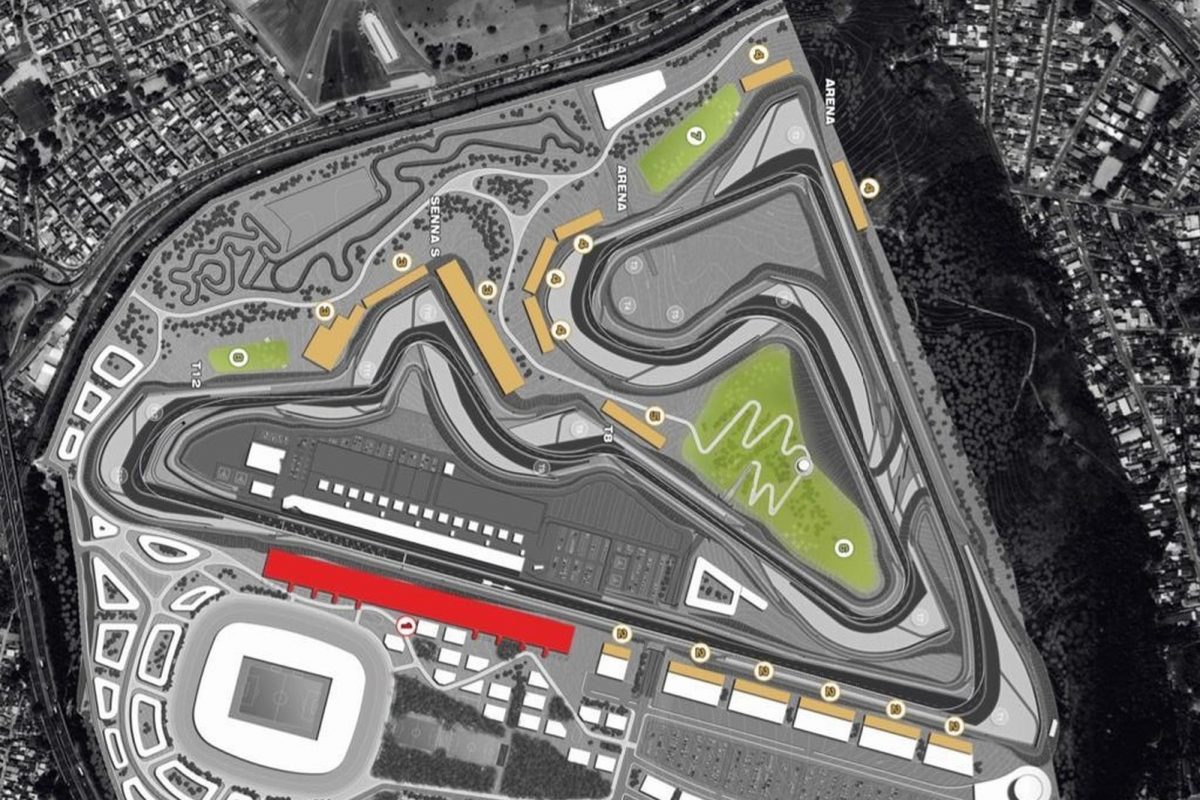 The layout of the new circuit in Rio de Janeiro

The tender to build a new race track in Rio de Janeiro which could take Interlagos’ place on the Formula 1 calendar has been awarded.

The Rio Motorsports consortium succeeded as the only party to tender for the project, according to Brazilian publications GloboEsporte.com and ISTOE.

Brazil’s president, Jair Bolsonaro, had claimed earlier this month that his country’s grand prix would be moving from Interlagos to Rio in 2020.

However, the GloboEsporte.com report states that Rio’s city authorities are hoping to lure Formula 1 from the following season, after Interlagos’ current contract ends.

Expected construction periods vary from 14 to 17 months, at least double the “six or seventh months” suggested by the president.

The circuit will be named Rio MotorPark rather than after Ayrton Senna, although a complex on the revised layout, designed by Hermann Tilke, is named the ‘Senna S’.

“We have put together the very best in the world in terms of technical capacity to guarantee Rio de Janeiro a race track with the most modern motorsports in the world.”

Tilke added, “The proposal we have brought to Rio seeks to present a picture of a modern track, dynamic and full of emotion.

“At the same time, we think of a space with a multidisciplinary approach that allows a very wide range of use in other sports, serving the whole community.”

While the consortium has a 35-year concession for the use of the former military land, the project will be privately funded and is expected to cost around 700 million Brazilian real (approximately AUD 250 million).

Acciona, the Spanish company currently tasked with the construction of Sydney’s CBD and South East Light Rail, will be the builder.

This year’s Brazilian Grand Prix, Round 20 of the season, will take place at the Autodromo Jose Carlos Pace (‘Interlagos’) on November 15-17.

Next Story Webber: Lauda was ‘an incredible force’