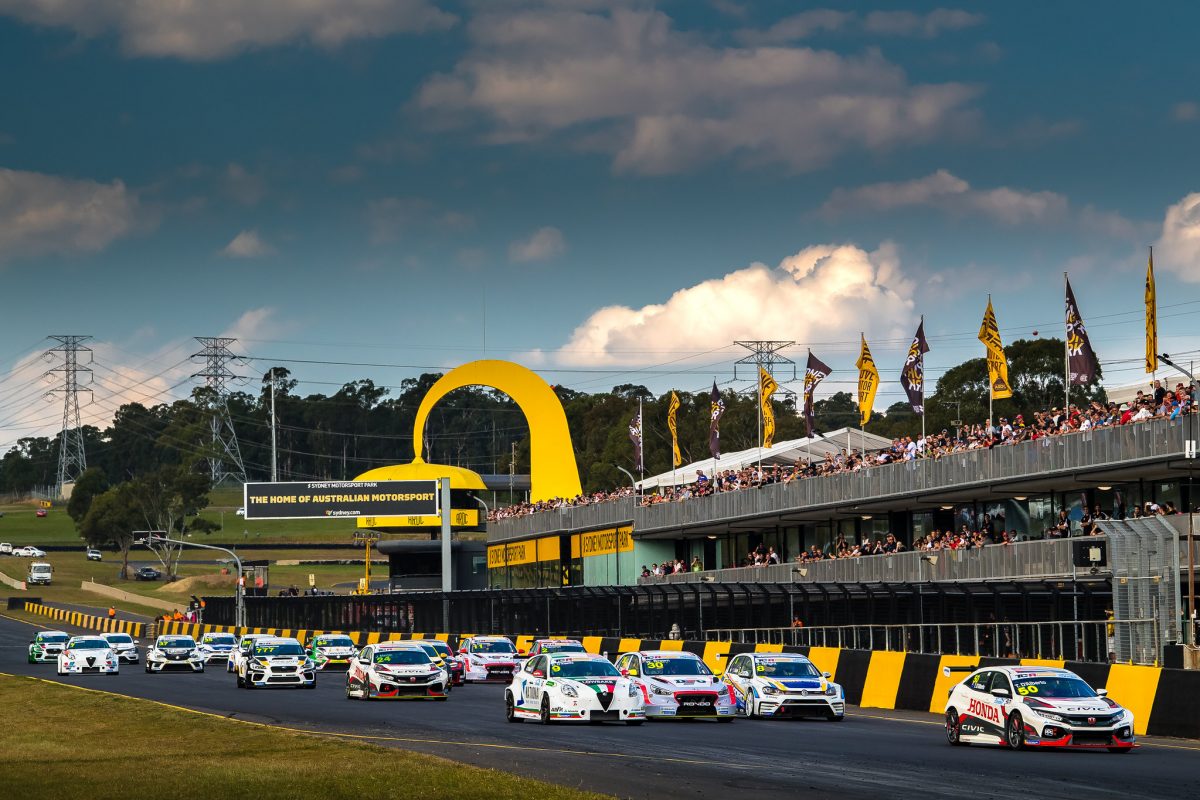 TCR Australia has set its sights on expanding to 30 cars for 2020 following a successful start to the series at Sydney Motorsport Park.

The new two litre touring car series assembled a 17 car grid for last weekend’s inaugural round, the first of seven meetings on the Shannons Nationals bill.

Deemed a success by its promoters the Australian Racing Group (ARG), the focus has moved to increasing the grid size this season, having originally capped it at 20 entries, with 30 cars a target for 2020.

ARG has invested significantly in bringing the series to life in some cases has offered support to teams to assist plans to join the series.

The current grid size is already comparable to rival TCR national and regional series this season with TCR Germany featuring an 18 car grid, while TCR Asia has 15 cars and Europe 21 regular entries.

Warburton has joined ARG in a part-time role where he is expected to assist in strategic discussions and advertising and marketing negotiations for TCR Australia.

“Week 1 is actually about a proof point,” said Warburton, who attended the opening round at Sydney Motorsport Park.

“A lot of people were on the fence, and it’s really about starting.

“Joining Shannons is a really good opportunity, it’s predominately been a competitors event. It’s really about getting everything underway and enjoying the championship over the Shannons rounds – and then building towards 2020.

“I think the absolute focus of the championship is, TCR works on grid density.

“Then the ambition is to have 30 cars on the grid by 2020. That’s where we think things will really start to roll.

“Lots of competitors spoke to us (over the Sydney weekend), there’s lots of people watching.

“It’s really building that calendar that is a really attractive calendar going forward.”

It is a view shared by Confederation of Australian Motor Sport CEO Eugene Arocca, who believes more cars are on the way, although only 18 machines are currently in the country at present.

“There’s no reason as it progresses, and builds its momentum that’s not unachievable.

“There’s certainly more discussions going and you saw how quickly it sort of fell into place in the last month with drivers being announced, so there’s more cars coming, I’m pretty confident by the start of 2020 if there’s not 20 cars on the grid I’ll be surprised.”

Wall Racing has already signalled its intention to expand its operation which currently runs a pair of Honda Civic Type Rs for Tony D’Alberto and John Martin.

“It is very likely that we will expand beyond our two current cars,” said team owner David Wall.

“The maximum number of cars you can run per marque is five, and there’s no reason we couldn’t run three, potential four in the near future.

“The interest increased when Tony put the car on pole and we had the second and third fastest laps (in Race 1) in race trim.

“The product is obviously good enough and they sell themselves.

“The series is new, but there has been an increase in people wanting to be involved in some way, shape or form. Hopefully we can grow our team in the near future.”

TCR Australia will head to Phillip Island for Round 2 from June 7-9.