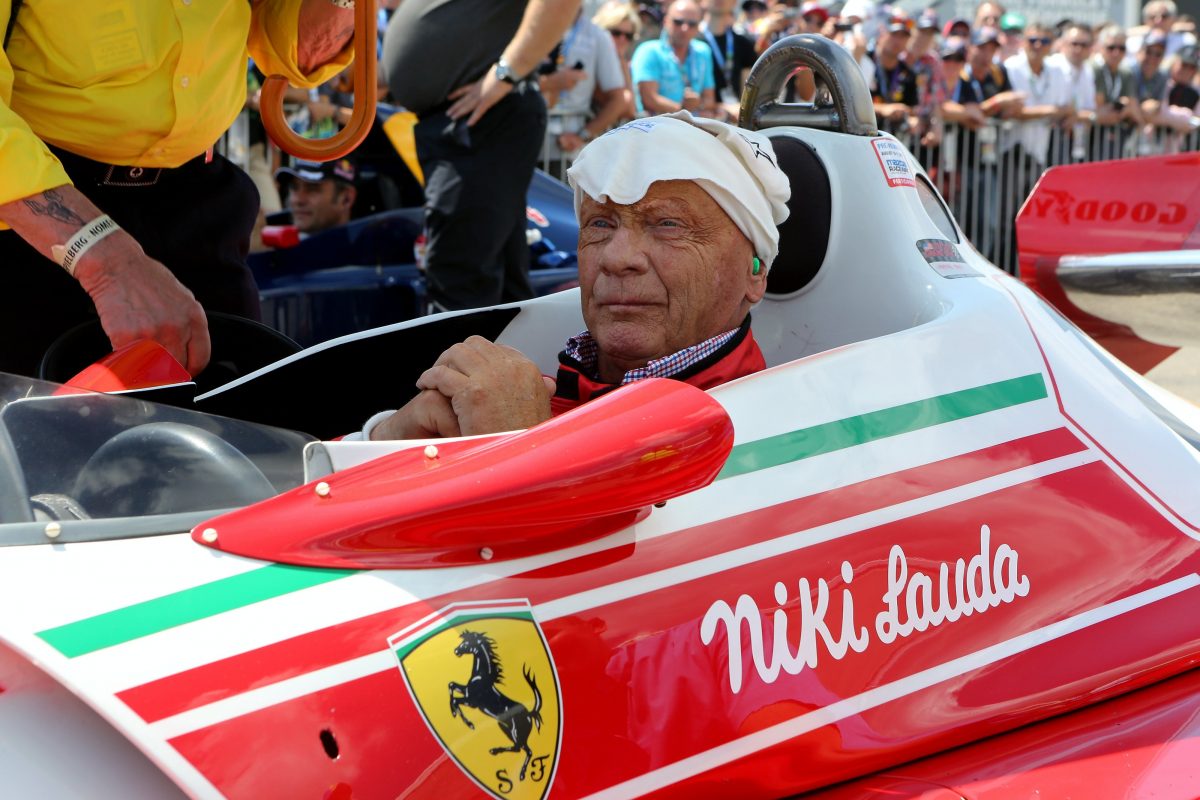 Legendary Formula 1 world champion Niki Lauda will be remembered as a fighter and one of the all-time greats, according to former F1 rival Tim Schenken.

Lauda will be regarded as one of F1’s most iconic figures both on track and in the paddock spanning almost five decades.

The Austrian was a true fighter and a determined character throughout his F1 life with his remarkable return from a near fatal crash at the Nurburgring in 1976 one of sport’s most amazing comebacks.

“There is the three world championship side of it but he was a fighter,” Schenken told Speedcafe.com.

“To come back from that horrific accident at the Nurburgring just showed he would be known as a fighter. He was absolutely determined to overcome that accident and injuries.

“He was a great bloke. We seemed to get on well and had a few laughs together. He is one of the last of my era to be honest.

“After Bernie (Eccelstone), Niki was the most recognised person in the F1 paddock and worldwide he was a recognised figure.

“There is no question that he will be remembered as one of the greats.”

Lauda’s F1 career began in 1971 when he drove for March in F1 and F2, funded by borrowing against a life insurance policy.

It was at this point when Australian former F1 driver and Supercar race director Schenken first encountered the driver.

While Schenken fell out of open wheel racing’s top tier at the end of 1974, that was the year when Lauda scored his first of 25 grand prix wins after joining Ferrari following stints at March and BRM.

After finishing fourth in the championship, the following year brought success with his first world title after scoring five wins to defeat McLaren’s Emerson Fittipaldi, which was precursor to an almighty battle with James Hunt in 1976. 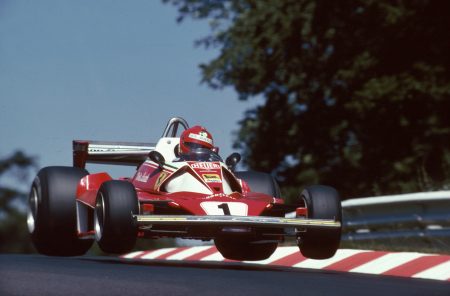 Lauda driving for Ferrari at the Nurburgring

That season would highlight Lauda’s incredible determination to succeed following a horrific crash at the Nurburgring that left him badly burnt and fighting for his life.

A story brought to the big screen through Ron Howard’s movie Rush decades after, Lauda amazingly only missed two races, finishing fourth on his return at Monza despite battling pain from his injuries.

Lauda would go on to only lose the championship by a point to Hunt after withdrawing in horrendous wet conditions at Fuji.

“It was an incredible achievement (to come back from that Nurburgring crash),” Schenken added.

“Thank goodness I never went through anything like that. It was a bit like Graham Hill when he had a horrific crash at Watkins Glen in the US Grand Prix and broke both his legs and he came back early. Those sort of people have incredible determination.

“I never really spoke to him about that crash but all the stories say he was close to death.”

A brief hiatus from F1 came when he retired from the sport in 1979 only to return in 1982 with McLaren where he would claim his final world championship in 1984.

Driving alongside Alain Prost in the same machinery, Schenken says that Lauda showed his ‘incredible intelligence’ to win that title by half a point following a strong end to the campaign.

“He was not only talented behind the wheel but incredibly intelligent,” Schenken said.

“Niki was in the same team as Alain Prost in 1984 and won the world championship by half a point.

“He realised he couldn’t beat Alain in sheer speed so what he concentrated on was getting the car set-up properly for the race.

“Whilst Alain was out there fighting for pole Niki was setting his car for racing which gave him the best chance to beat Alain, which of course he did in the end only just.”

Since retiring from racing, Lauda went on to run airlines, and became an advisor to Ferrari, before taking on a non executive chairman role at Mercedes, where he was an active member of the F1 paddock until his passing.

Tributes to the F1 great have been made from across the motorsport fraternity.