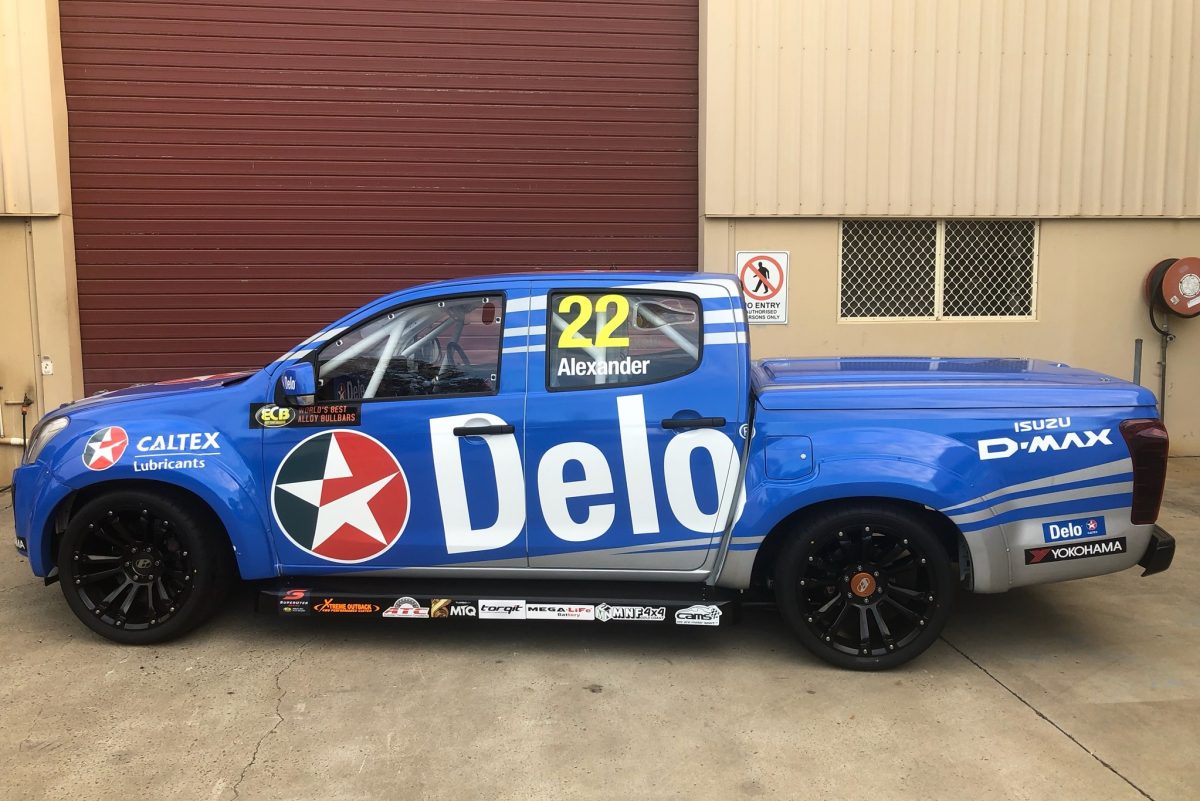 The SuperUtes will run even lower at their next round at Winton this weekend after fitting the long-awaited new wheel and tyre package. 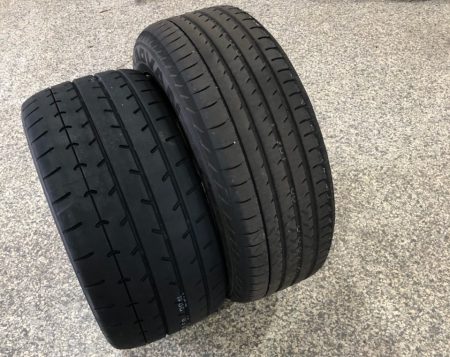 The new and old tyre compared

Utes will now race on a Yokohama R-spec tyre which is lower in profile and around 25mm wider than the stock version which it replaces, while the new Hussla wheel is also wider than the existing spec.

According to Ross Stone, whose Isuzu D-Max which Tom Alexander races is pictured above, the upgrade has also seen competitors allowed greater freedoms with respect to set-up.

They are not, however, able to test the new specification before Round 3 of the season in rural Victoria.

“Now the maximum front camber is four degrees negative, where it was 2.8, so it’s quite a bit more,” Stone explained to Speedcafe.com.

“The utes themselves are, because of the smaller diameter tyres, a lot lower, plus we’re allowed to lower the cars more as well.

“I think everybody will be fine but with things like tyre pressures, we’ve got a minimum tyre pressure of 28 pounds where it used to be 35, so it’s just going to take a bit of time to work on optimum pressures and stuff like that; just normal stuff.”

Alexander took over the series lead at the Pirtek Perth SuperNight having achieved the first two race wins for the D-Max at Barbagallo Wanneroo Raceway.

He now heads to a happy hunting ground having won two of the three races, when RSR ran a Holden Colorado, at Winton last year.

“I don’t think there’s any reason why the D-Max won’t go well at Winton but like all things, time will tell.”

The upgrade for the ECB SuperUtes Series field follows the introduction of new front dampers and modification of rear frames in Perth, which saw the utes drop ride height by about 10mm.

Round 3 supports the Truck Assist Winton SuperSprint from Friday (May 24).