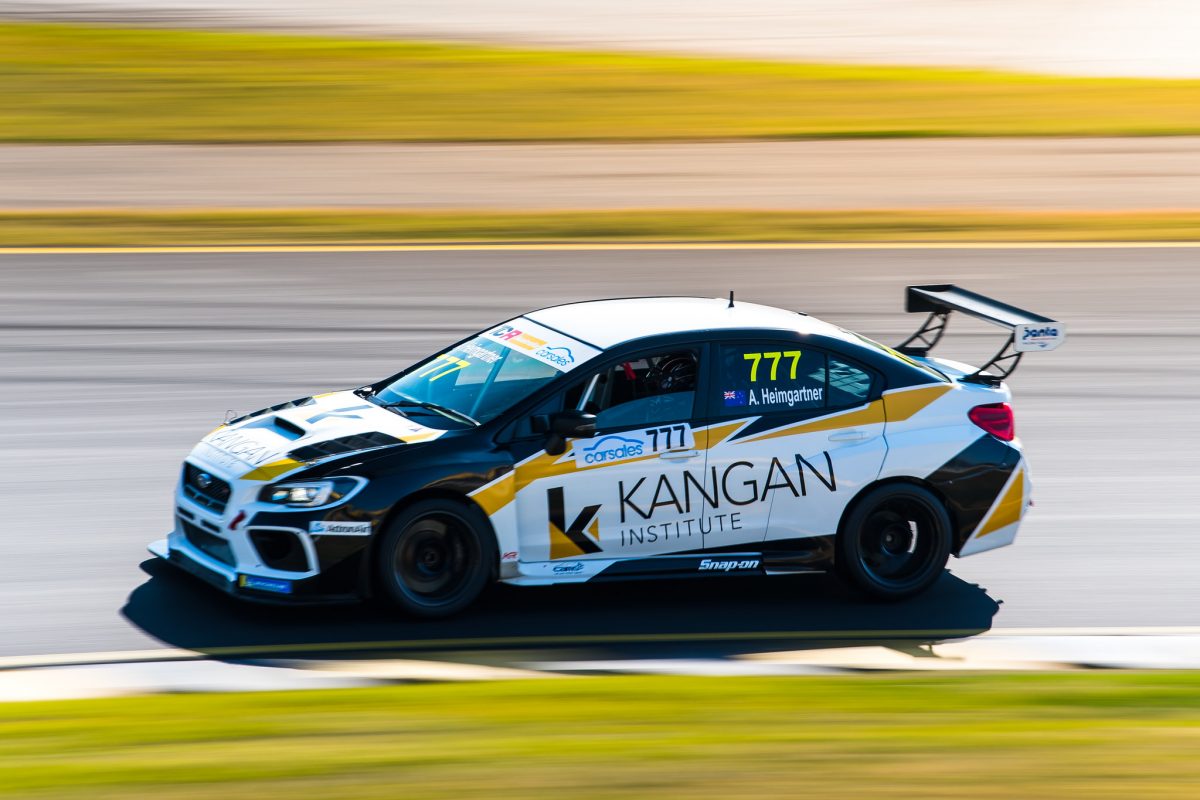 A late night trip into Parramatta and the assistance of a rally specialist helped turned Andre Heimgartner’s TCR Australia debut around at Sydney Motorsport Park.

The Kiwi, driving one of two Kelly Racing prepared Subarus, had battled a gearbox issue for much of the weekend which had left the Supercars full-timer towards the back of the 17 car field, qualifying only ninth for Race 1.

Heimgartner’s struggles centred around the WRX’s gearbox with the driver experiencing significant delays when downshifting.

Armed with limited knowledge and support from the car’s constructor Top Run Motorsport, Kelly Racing struggled to ascertain the issue in the WRX that arrived in Australia earlier this month until it identified the gearbox component at fault.

However, the nearest part was located in Melbourne which saw the team’s commercial boss Nick Ryan ready to board a flight on Saturday night to retrieve it in time for Sunday’s action.

The team were then dealt some good fortune with the identification of a Sydney-based rally specialist known through Taylor prompting a trip to the nearby suburb of Parramatta to collect the all important solenoid that ultimately transformed his weekend.

“We were having gear issues so, basically we changed down one gear and then I’d have to wait a long time until the corner until I change up one, so it would mean in qualifying sometimes I’d be in the middle of the corner trying to get down to the gear I need to get the exit,” said Heimgartner.

“Subaru is not very well supported so we’re really struggling to find out what the issue was, because we didn’t build the cars so, we didn’t know the issue.

“We managed to go through everything and we ended up figuring out it was a solenoid on the top of the gearbox.

“Then we had to try and track one down, which we would have had to go to Melbourne (for) but, luckily, one of Molly’s contacts through rallying had one.

“It’s a lot better now but we’re still struggling a little bit. It’s not quite as fine as some of the other gearboxes. We still have a little bit to go there.

“It was a lot better. I was still having a similar drama, but, I think it’s just the trait of the car.”

Australian Rally Championship driver Taylor, experiencing her first weekend of circuit racing, was glad that her rallying background was able to help the squad.

“I have a lot of rally friends around here, and the part we needed for the car, we managed to track it down through two rally contacts, and the guy that had the part lives 10 minutes down the road,” said Taylor.

“He taught me how to rally. I did my work experience there and helped him with his workshop, so it was nice to be able to feel a bit helpful.”

The component resulted in an immediate upturn in speed for Heimgartner who raced to fifth from 10th in Race 2.

However, his weekend ultimately came unstuck when a suspension failure sent him into retirement while occupying second and poised to challenge for the victory in Race 3.

“We had a suspension failure at the second to last corner and that was that so disappointing to say the least after all of the gearbox drama we had,” he added.

“To finally be able to get somewhere and then have this, it’s pretty annoying but we’ll regroup and see what we can improve for next round.”

The TCR Australia Series heads to Phillip Island for Round 2 of 7 from June 7-9.

Previous Story POLL: What did you think of TCR Australia's debut?