Alonso laments having to watch Indianapolis 500 on TV

Alonso laments having to watch Indianapolis 500 on TV 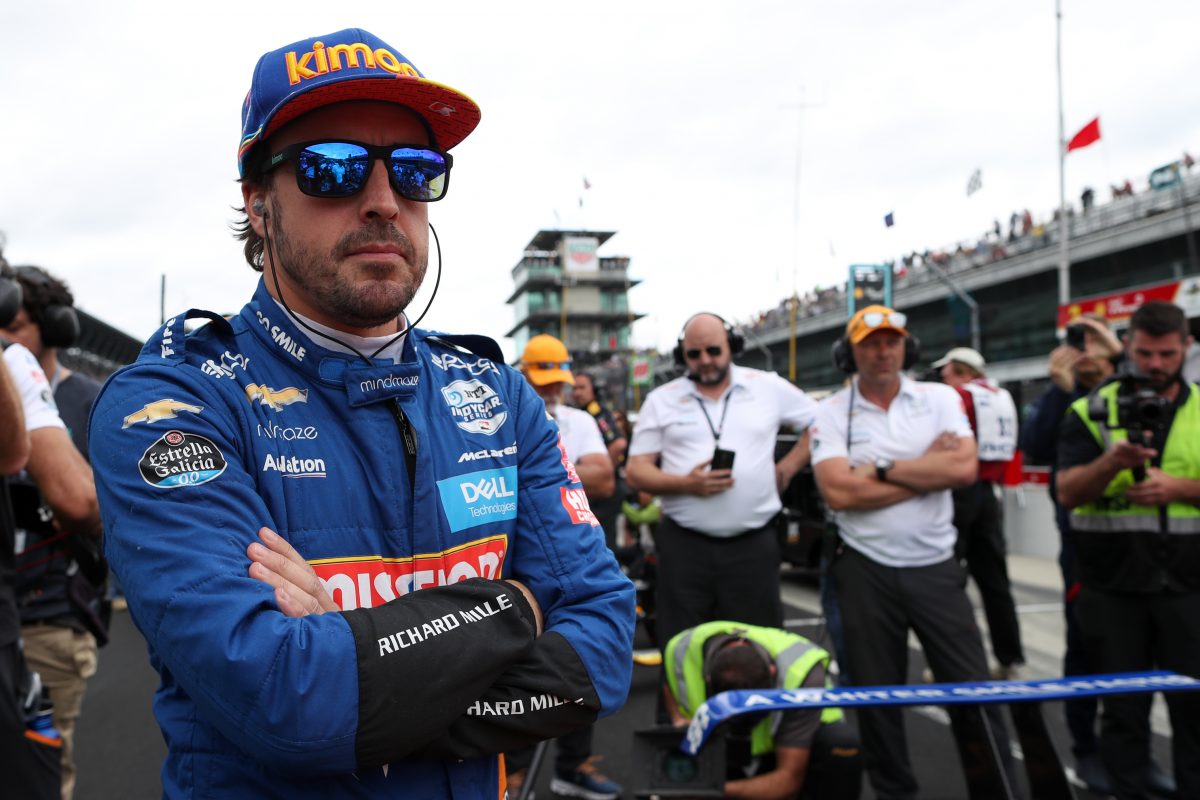 Fernando Alonso has been left to lament having to watch the Indianapolis 500 on television as McLaren declared it would not buy its way into the race.

The two-time world drivers’ champion starred on his Indy 500 debut in 2017 but has now learned the hard way that the 110-year old Brickyard carries no favourites, no matter how successful or famous they may be.

Through a convoluted series of events, Alonso’s McLaren team was unable to partner with the front-running Andretti Autosport organisation like they did two years ago, and instead entered a technical agreement with Carlin’s second-year IndyCar effort.

Alonso’s unfavourable comments about the Honda Formula 1 engine in 2016 and 2017 led Honda to deny him or McLaren access to their IndyCar engines, making a deal with Andretti impossible.

Although the Chevrolet engine appears to be slightly more powerful in superspeedway trim than the Honda, the Carlin team’s lack of IndyCar experience proved to be a factor as three of the team’s four affiliated cars failed to qualify.

CLICK HERE to watch highlights of Day 2 of qualifying

McLaren reportedly secured dampers from the Andretti team and set-up assistance from fellow Chevrolet runner Team Penske, denied by Roger Penske himself, all to no avail.

Alonso’s speed fell just short of that posted by Kyle Kaiser for Juncos Racing, the smallest and most cash-strapped team on the entry list.

It is the most significant DNQ since Team Penske’s Al Unser Jnr and Emerson Fittipaldi failed to make the Indy field in 1995.

Defending IndyCar champion Bobby Rahal was another high-profile DNQ in 1993.

“Obviously it would be nice to be in the race next Sunday.

“We came here to race and to challenge ourselves, and we were not quick enough.

“I congratulate all the other guys that did a better job, and hopefully we’ll see a nice show next Sunday, with everyone safe.

“We’ll be enjoying from the TV unfortunately.”

Alonso claimed that the challenge of Indianapolis qualifying tested his limits as a racing driver.

What appears to be the simple act of completing four laps around a straightforward-looking four-cornered rectangle is far more challenging than it looks, especially in qualifying, as champion drivers from Rick Mears to Dario Franchitti will attest.

Franchitti tweeted on Pole Day, which this year coincided with Last Row Qualifying, that struggling to qualify for his first Indianapolis 500 in 2002 was much more difficult than winning it in 2012.

Thanks for the birthday wishes everyone! Please spare a thought for the teams and drivers who are trying to get into the Indianapolis 500 today. I was there in ‘02 & it sucks! Way more stressful than going for the win on the last lap in ‘12. they’ll all be on or over the limit 😳 pic.twitter.com/0kb7zETVu2

Alonso, who has also won the Monaco Grand Prix and the most recent 24 Hours of Le Mans, backed up that notion.

“I drove with a loose car and didn’t lift off,” he said.

“I drove with an understeering car; I didn’t lift off.

“I drove with a rear (tyre) puncture; I only lifted off in the last lap because I could not make the corner.

“And today we went out with an experiment that we did overnight.

“We went out not knowing what the car will do in Turn 1, but still flat. So we tried.”

McLaren team principal Zak Brown did not meet the media, with the team instead represented by sporting director, and 2003 Indy 500 winner, de Ferran.

The Brazilian was equally downcast as Alonso when he faced the press.

“This has been a very emotional and difficult experience, I think, not only for me, but for the whole team,” commented de Ferran, who also won two CART-sanctioned IndyCar championships prior to owning a team that competed in American sports car racing.

“This is a very difficult sport and we certainly didn’t underestimate the challenge.

“I’ve been here before; I’ve seen some incredible people not make the race, so we were certainly very aware of how difficult this was going to be.

“I want to apologise and thank to our partners who have been fantastic, and incredibly supportive through this journey.

“I want to apologise to Fernando as well, because we didn’t give him a car that was fast enough.

“This is, in my 35 years of racing – actually a few more – but this is the most painful experience I’ve ever had.”

While denying his team had provided McLaren with any set-up guidance, Penske expressed sympathy for the team and its star driver.

“I think that Zak and Gil and certainly Fernando will go home very disappointed,” he remarked.

“When you walk down to pit lane with your driver after that, it really injects something else into you, how you’ve got to come back and be stronger.

“I would never count them out.”

De Ferran and Alonso quashed rumours that they would try to buy their way into the race.

“We will not do that. We want to earn our place in the field,” de Ferran said.

The 33 remaining entries will take to the track again on Monday (Tuesday morning AEST) for more practice.