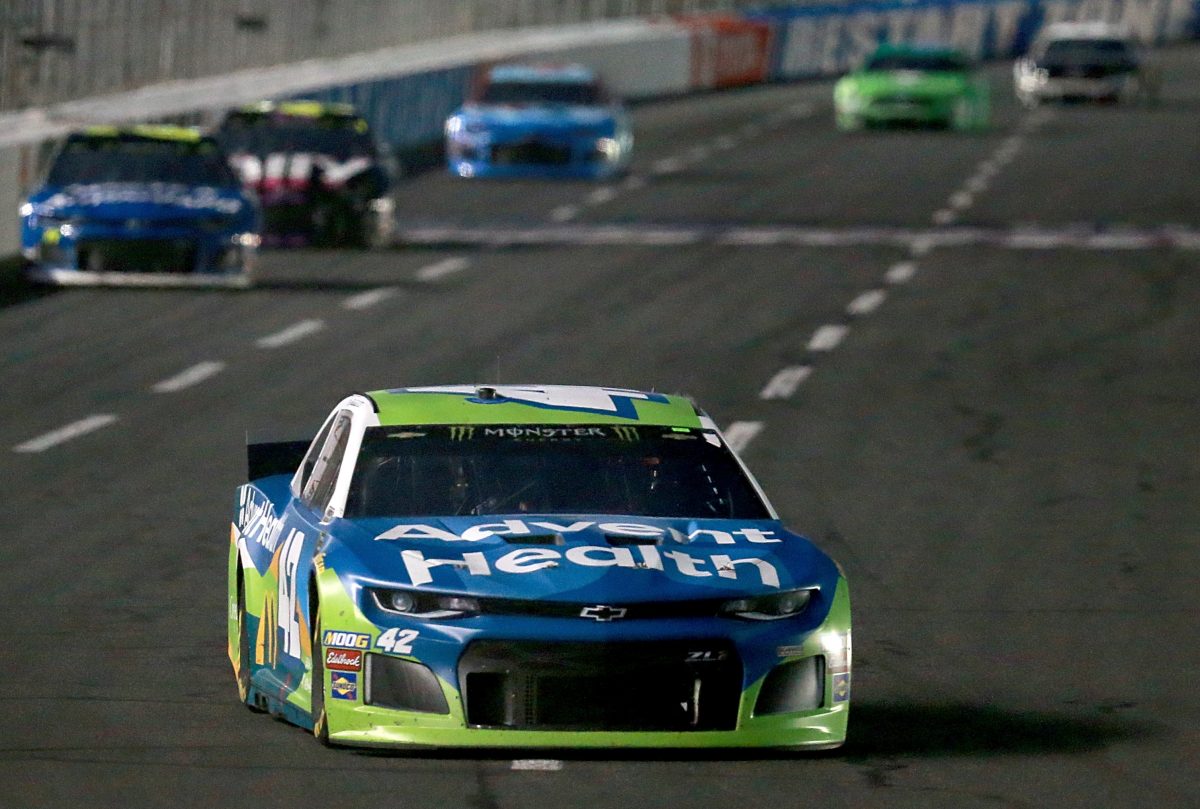 Kyle Larson captured victory and with it a million dollars in prize money in the NASCAR All-Star Race at Charlotte Motor Speedway.

The #42 Chip Ganassi Racing driver, who also won the Open, sliced his way into the lead with 13 laps to go in the All-Star race.

Larson kept a charging Kevin Harvick behind until the chequered flag to grab his first win of the season.

Harvick settled for second ahead of Kyle Busch in third despite tagging the wall late in the piece.

Tensions spilled over after the race when Clint Bowyer confronted Ryan Newman and threw several punches following a cool-down lap incident between the two.

Next up on the NASCAR schedule is the Coca-Cola 600 at the same venue next weekend.