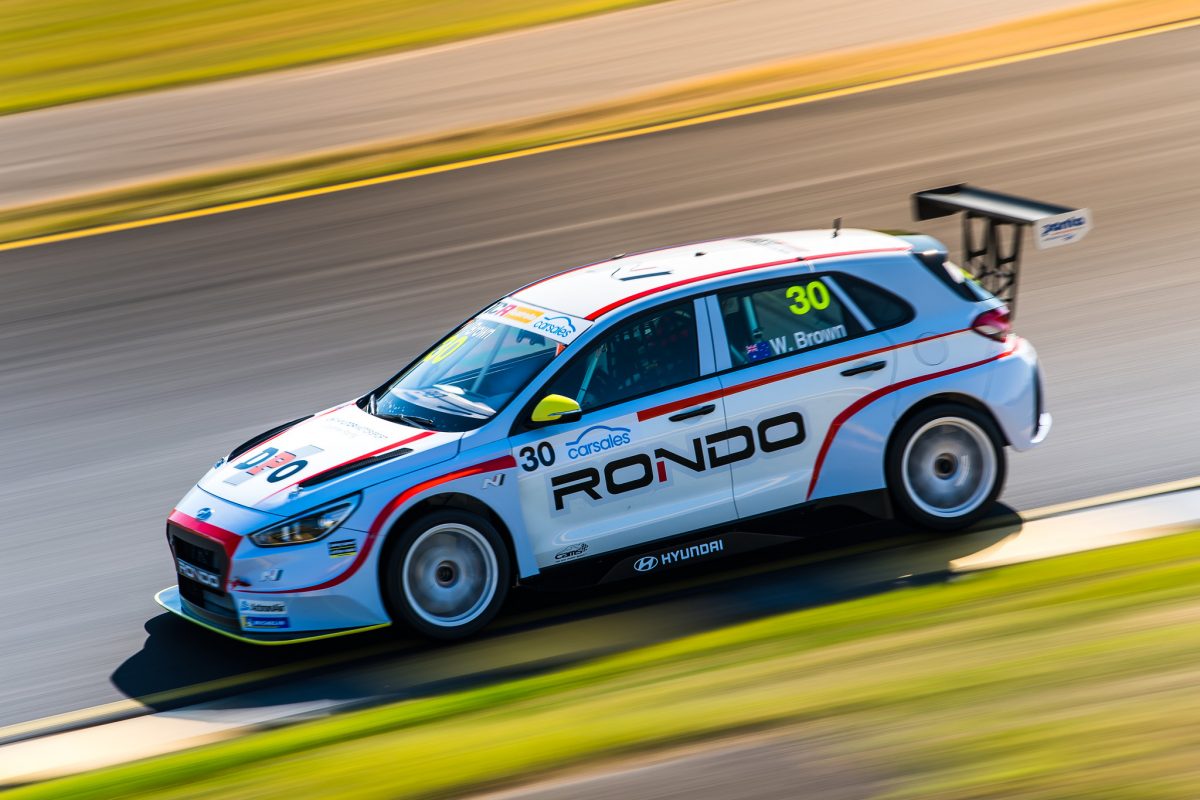 Will Brown has taken his second TCR Australia victory after coming through a hectic Race 3 at Sydney Motorsport Park.

After taking the spoils in Race 2, the HMO Customer Racing driver dropped from pole position to third in the early laps but fought back to take the win by 2.6s from Dylan O’Keeffe (Alfa Romeo).

Michael Almond (Hyundai) powered from seventh on the grid to the final place on the podium,

O’Keeffe (Alfa Romeo) made another great start as pole-sitter and Race 2 winner Brown (Hyundai) was swamped at the start from both sides.

Tony D’Alberto (Honda) held third into Turn 1 but a bump on Brown pushed them both wide at Turn 2 and allowed the fast starting Heimgartner through to second, having started from fifth.

Brown held third with D’Alberto close behind in fourth.

However the race was halted before the end of the opening lap due to a start-line incident involving Rik Breukers (Audi) and Jimmy Vernon (Alfa Romeo) which put the pair out of the race.

The race restarted on Lap 5 with O’Keeffe at the head of the field in front of Heimgartner and Brown.

A three-way battle for the lead developed with Heimgartner sizing up O’Keeffe before his challenge came to an abrupt halt when a mechanical issue struck his Subaru, forcing him to park the car.

That left O’Keeffe and Brown to fight for the lead with John Martin in third.

Meanwhile, there was plenty of action behind as Michael Almond squeezed his way past D’Alberto  at Turn 2 before then finding his way into third with a move on the sister Wall Racing Honda of Martin.

Martin’s hopes of a strong result soon came to an end when he fired off the road backwards following contact from Nathan Morcom (Hyundai) at the penultimate corner on Lap 8.

Once in front, Brown galloped away from O’Keeffe and went on to take the win after 14 of the scheduled 16 laps due to the early Safety Car.

Morcom finished in fourth after further controversial contact with D’Alberto at the hairpin in the closing stages which dropped the later to seventh at the flag.

However, stewards deemed Morcom to be at fault for both incidents with D’Alberto and Martin and a further clash with Bright at Turn 1.

The former Super2 and Australian GT driver was issued with three penalties totalling 60 seconds demoting him to 11th spot.

Next Story Morcom hits out at TCR Australia penalties