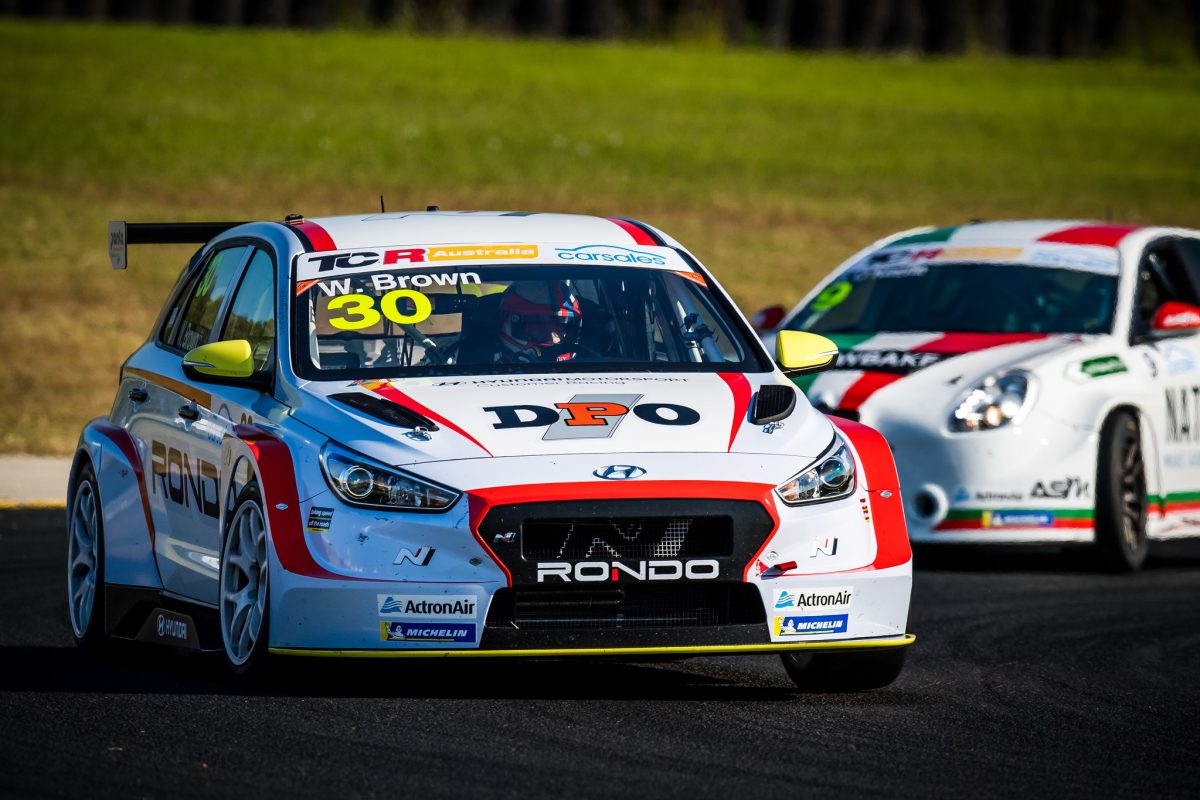 Will Brown produced an impressive drive to overcome Dylan O’Keeffe to win a hard fought Race 2 in TCR Australia at Sydney Motorsport Park.

The HMO Customer Racing driver made a strong start from third to hold second by the opening lap, before setting his sights on the fast starting O’Keeffe, who leapt to the lead from fourth.

The Super2 star hunted down O’Keeffe before eventually passing the Alfa Romeo at Turn 7 on Lap 13 after a brief Safety Car period.

Brown then powered on to take the victory from O’Keefe by 3.16s, while the Wall Racing Honda Civic Type R of Tony D’Alberto rounded out the podium.

Polesitter and yesterday’s race winner Jason Bright was swallowed up at the start as Wall Racing’s Honda Tony D’Alberto led the field into Turn 1, but was under pressure from O’Keefe, who made a lightening start from fourth.

O’Keeffe’s momentum saw him dive by D’Alberto to take the lead by the time the field reached Turn 3.

Behind, Brown held third on the opening lap before going on to pass D’Alberto for second on Lap 3.

Meanwhile, O’Keeffe had moved into a two-second lead by Lap 5 but that advantage was quickly eaten into by Brown, who latched onto the tail of the Alfa Romeo.

Brown shadowed O’Keeffe until the race was neutralised by the Safety Car when Alliance Autosport’s Alexandra Whitley beached the Volkswagen Golf at Turn 6 on Lap 9.

The top two had built a 2.2s gap over the third-placed D’Alberto before the stoppage.

O’Keeffe made a strong restart but it didn’t take long for Brown to make a move for the lead which came off at Turn 7 with three laps remaining.

As Brown went on to take the win, D’Alberto managed to fend off Race 1 winner Jason Bright (Alliance Autosport Volkswagen Golf) for the final place on the podium.

Kelly Racing’s Andre Heimgartner (Subaru) came home in fifth having surged from 10th to sixth in the opening laps.

The Kiwi passed the sister Wall Racing Honda of John Martin on the lap 11 restart at Turn 2 to grab fifth, where he remained until the finish.

An issue for Rik Breukers (Audi) pushed him down to 11th while James Moffat (Renault) recovered from an early off to come back to 12th spot, in front of Alex Rullo (Holden/Opel), Chelsea Angelo (Holden/Opel) and Molly Taylor (Subaru).

TCR Australia Race 3 is scheduled to begin at 1420 with teams only allowed to work on the cars for 20 minutes in between races.

Next Story Brown takes the spoils in frantic Race 3