Rossi 'needs answers’ on the track before deciding future > View

Beitske Visser runs away with W Series race at Zolder 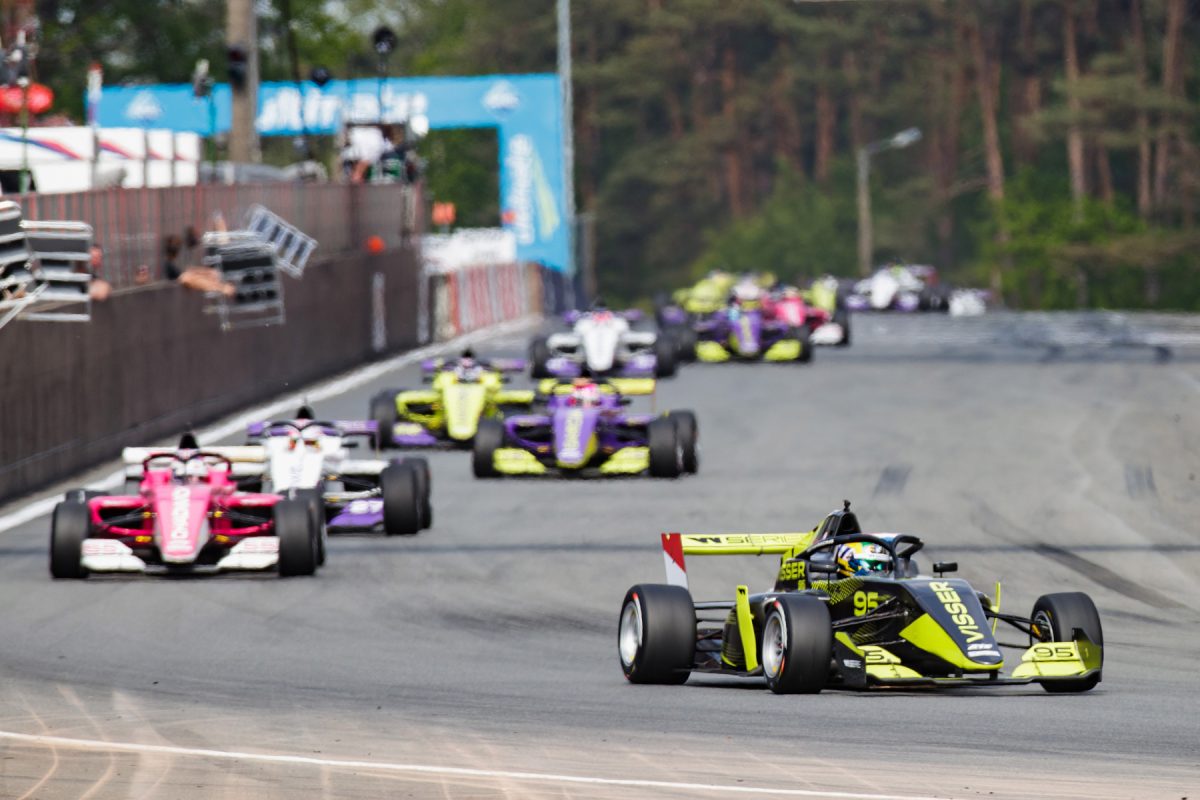 Dutch driver Beitske Visser has won Race 2 of the W Series at Zolder after jumping pole-sitter Jamie Chadwick and eventually running away from the field.

Australian Caitlin Wood ran as high as eighth after profiting from an early incident before finishing 11th after losing two positions late in the piece.

There was confusion at the start when Sarah Bovy crawled onto the straight with smoke belching from her car, but the green flag was waved between her and the rest of the grid and the race was underway.

Visser got the jump on Chadwick while Powell and Garcia held their starting positions of third and fourth respectively, and Wood gained one spot in the moments before the Safety Car was called to sit 10th.

Almost as soon as they had got underway again after Bovy’s car was retrieved, the Safety Car made a second appearance due to Esmee Hawkey taking out Gosia Rdest near the back end of the top 10, while Vivien Keszthelyi also came to grief.

The field was let loose again in the 13th minute of the half-hour, time-certain race and Visser moved to a 0.8s advantage over Chadwick in the first lap after the restart.

The Dutch driver stretched the gap to 1.5s in the next two laps, a margin which settled for some time before Visser ultimately pulled well clear to an 8.5s victory with 19 laps completed.

Chadwick and Powell produced the highlight of the race when they fought over second position in what would be the final four laps.

Powell went to the outside of Chadwick at Turn 8 and managed to hang there, giving her the inside line into the following chicane.

She only had the spot for just over a lap, however, when Chadwick placed her own car on the outside through Turn 1 and therefore had a straightforward pass at the change of direction at Turn 2.

Garcia was stalked by Sarah Moore for much of the race but Moore would have to worry about the challenge from Tasmin Pepper in the latter stages.

In the end, it was Moore in fifth from Pepper, Fabienne Wohlwend, and Miki Koyama, who once again raced much better than she qualified as the Japanese racer gained five positions over the journey.

Vicky Piria and Naomi Schiff rounded out the top 10.

Chadwick, who won the first race of the season at Hockenheim a fortnight earlier, retains the series lead with a total of 43 points, from Visser (37), Powell (33), and Garcia (27).