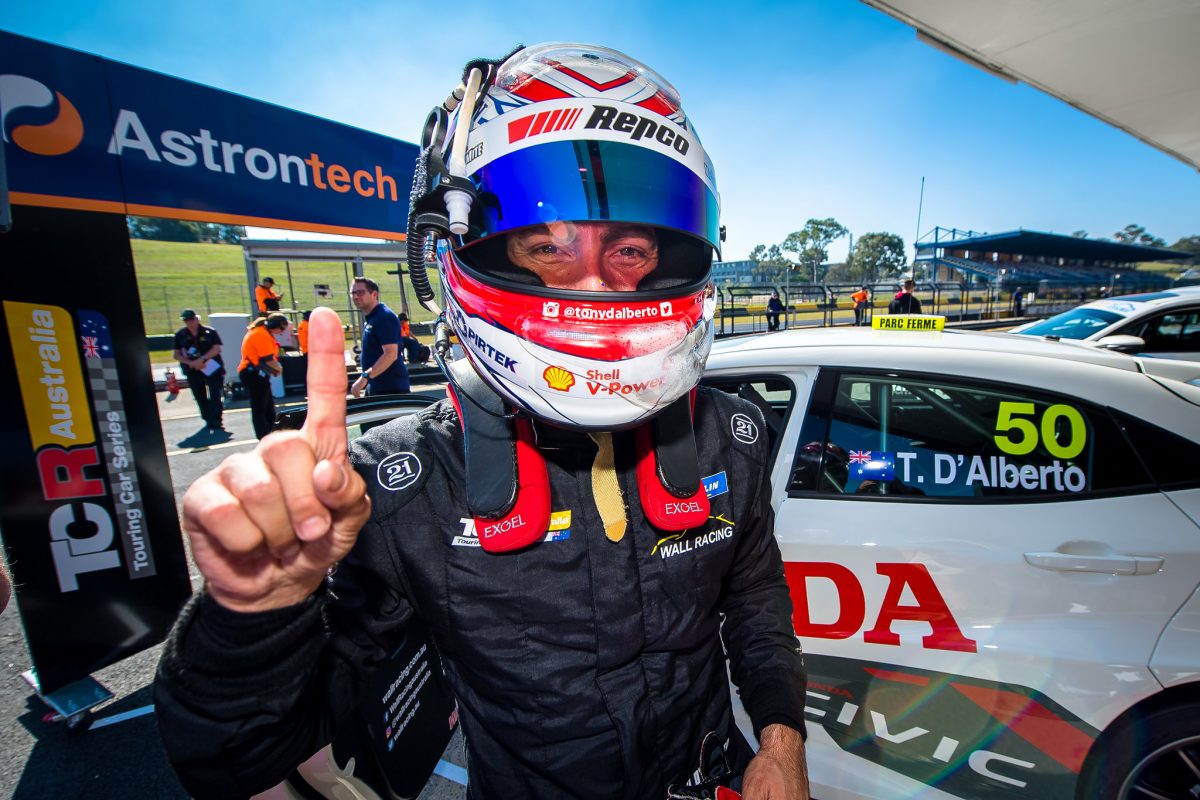 Tony D’Alberto has secured the first ever pole position in TCR Australia after a last gasp effort in qualifying at Sydney Motorsport Park.

The Wall Racing Honda Civic driver saved his best until the dying moments, posting a 1:34.14s to secure the history making pole in a truncated 30 minute qualifying session.

“We had to put another set of tyres at the end there,” said D’Alberto.

“We just didn’t maximise it at the start, we had a couple of little problems with the car which hurt our run early on, so I needed to have another go at the end.”

D’Alberto pipped Jason Bright (Alliance Autosport Volkswagen) by a tenth when the session resumed after an off track excursion from James Moffat (Renault) caused a red flag with four minutes remaining.

Bright eclipsed a time from Alfa Romeo driver Dylan O’Keeffe to surge to the top of the times seconds before officials put out the red flag.

D’Alberto was the only driver to make a serious improvement when the session resumed, which left Bright to settle for second on the grid, with O’Keeffe sharing the second row with early pacesetter Will Brown.

Brown had set the first indicative time in the HMO Customer Racing Hyundai with a 1:35,5s effort which arrived having sat out of Friday’s Practice 2 with a throttle issue.

He became locked in a battle with yesterday’s pacesetter Michael Almond, who popped back to the top before Brown eclipsed the time moments later with a 1:34.63s.

That time stood until the halfway mark.

However, as the session progressed Almond was unable to find any more time and was left in fifth spot.

The top 10 was completed by Jimmy Vernon (Alfa Romeo) while Moffat dropped from 10th to 12th, having lost his best time for causing the red flag.