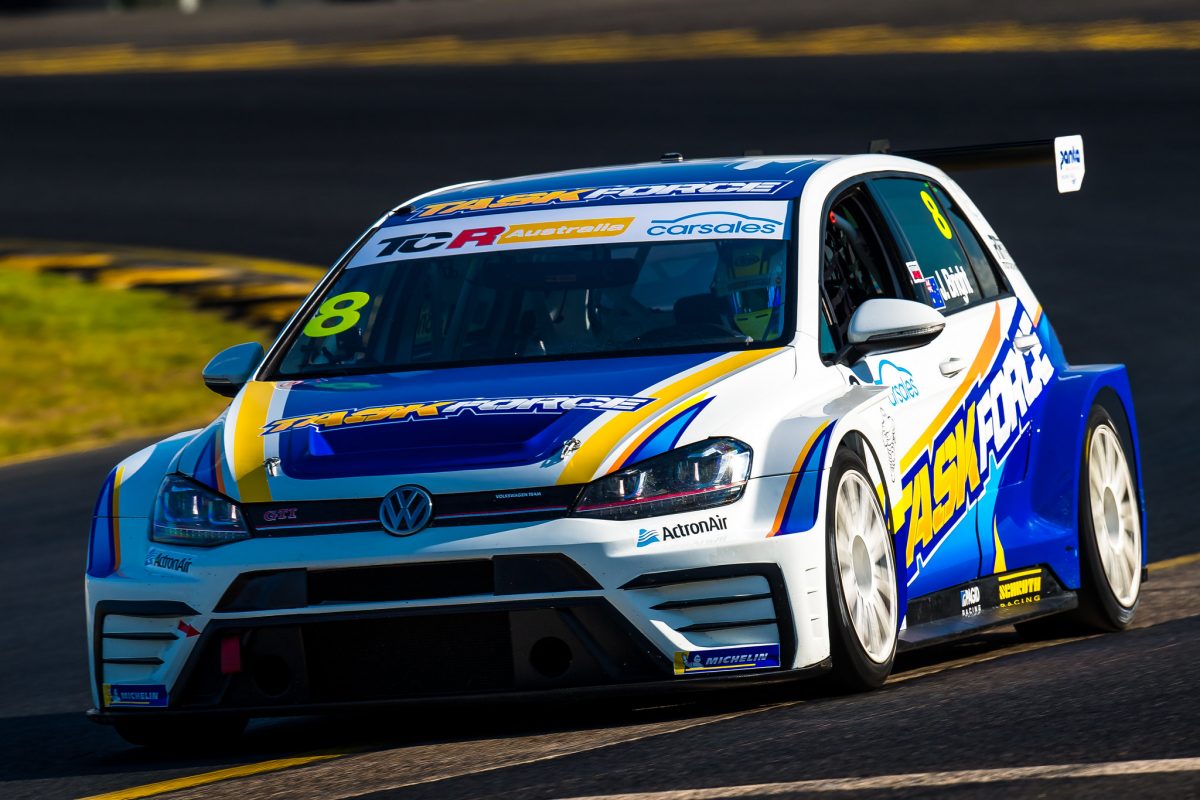 Jason Bright has made history by taking out the inaugural TCR Australia race with a commanding drive at Sydney Motorsport Park.

The former Supercars star jumped pole-sitter Tony D’Alberto at the start before going on to lead every lap of the series’ opening 30 minute race.

Bright, who started from the front row, edged away from the field in the early stages building a second lead over D’Alberto’s Honda Civic Type R.

He remained largely unchallenged for the remainder of the race taking the chequered flag by 2.1s.

The closest battle of the race was for second and third between D’Alberto and the HMO Customer Racing Hyundai of Will Brown.

Brown applied severe pressure on D’Alberto for the entire race but was unable to launch a serious attempt to pass.

In the end, D’Alberto held firm to finish second while Brown completed the podium.

The duo were closely followed by Dylan O’Keefe (Alfa Romeo) who settled for fourth at the flag.

Friday’s pacesetter Michael Almond was involved in an intense battle for fifth in the early laps before diving into the pits with damage to the front of his Hyundai.

This handed Nathan Morcom the position but he was under pressure from the Rik Breukers (Audi).

The Dutchman managed to pass the former Super2 racer in the closing stages to take fifth while Morcom dropped to eighth.

It proved to be a nightmare day for James Moffat who failed to make the start when his Garry Rogers Motorsport Renault suffered an oil leak on the way to the grid.

TCR Australia returns to the track on Sunday for two more 30 minute races.