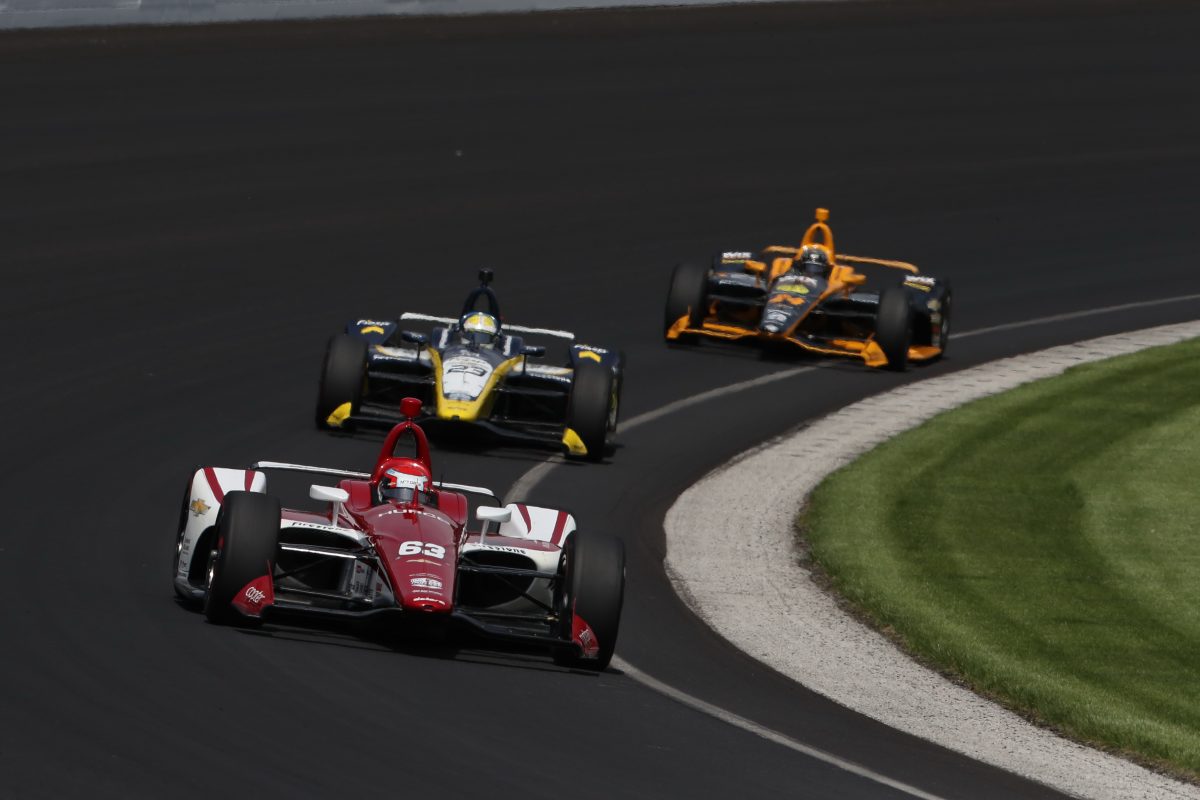 Ed Jones has finished with the fastest non-towed lap and fastest overall on the third day of practice for the 2019 Indianapolis 500.

The McLaren Racing entry was missing as the team worked to prepare a back-up car after Fernando Alonso crashed his primary #66 Chevrolet a day earlier.

Rookie Patricio O’Ward smacked the wall at Turn 2 but escaped injury, as the #31 Carlin Chevrolet spun and very nearly flipped.

After this incident, @PatricioOWard has been checked, cleared and released from the medical center.

This is the third crash we’ve seen this week, and all three drivers have walked away. Thanks to @DallaraGroup for being great partners 💪💪#INDYCAR // #ThisIsMay pic.twitter.com/Xp8UGzV87Y

“That was a wild ride,” O’Ward, 23rd fastest on the day, told NBC Gold as he watched the replay.

“I’m not really sure what happened, but suddenly I was backwards. I’m just thankful to be OK.”

Power’s effort from Day 1 remains the fastest on combined times, although Jones did lower the non-tow benchmark as Day 3 saw hotter temperatures than those before.