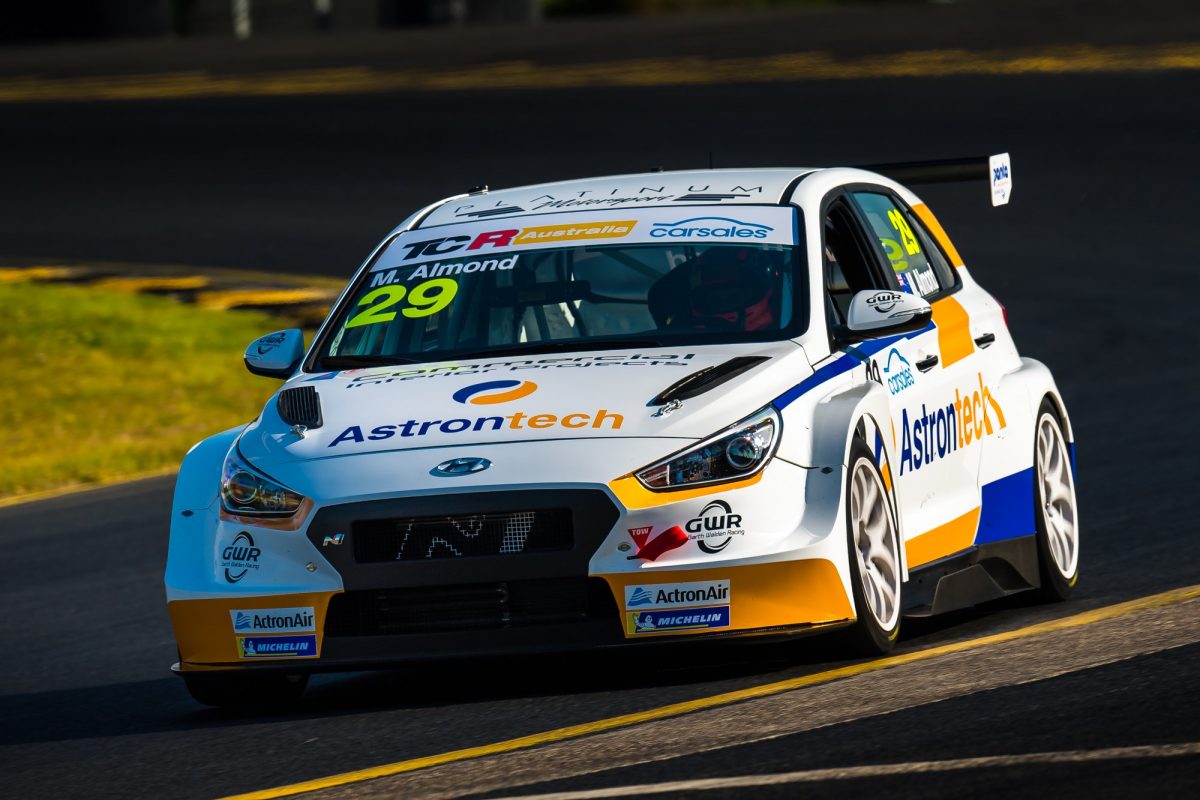 The Porsche Carrera Cup driver was on form from the outset, occupying the top spot inside the first 10 minutes where he remained until the chequered flag.

Almond was challenged by the HMO Customer Racing Hyundai of Nathan Morcom, who fired in a late effort to steal second, albeit over 0.4s adrift.

Wall Racing’s John Martin was left to settle for third having held second spot for much of the session.

HMO Customer Racing ensured there were three Hyundais in the top five as Super2 racer Will Brown slotted into fourth ahead of Rik Breukers in the Melbourne Performance Centre Audi.

The Dutchman, competing in a one-off round, has the most TCR experience in the 17 car field and quickly adapted to the Sydney Motorsport Park circuit.

Tony D’Alberto was sixth in the second Wall Racing Honda, less than a tenth shy of Breukers.

Garry Rogers Motorsport’s Renault pairing of Chris Pither and James Moffat logged only nine laps each with Pither the quickest of the duo in eighth.

The top 10 was rounded out by Jason Bright in the Alliance Autosport Golf GTI and GRM Alfa Romeo driver Jimmy Vernon.

Andre Heimgartner, who was quick early on, was the fastest of the four Kelly Racing entries in 12th ahead of Alex Rullo in 13th, Chelsea Angelo in 14th and rally star Molly Taylor in 16th position.

Alexandra Whitley propped up the field in the second Alliance Autosport Volkswagen Golf.

The TCR Australia field will return to the track for a second 30-minute practice session at 1645 local time/AEST.