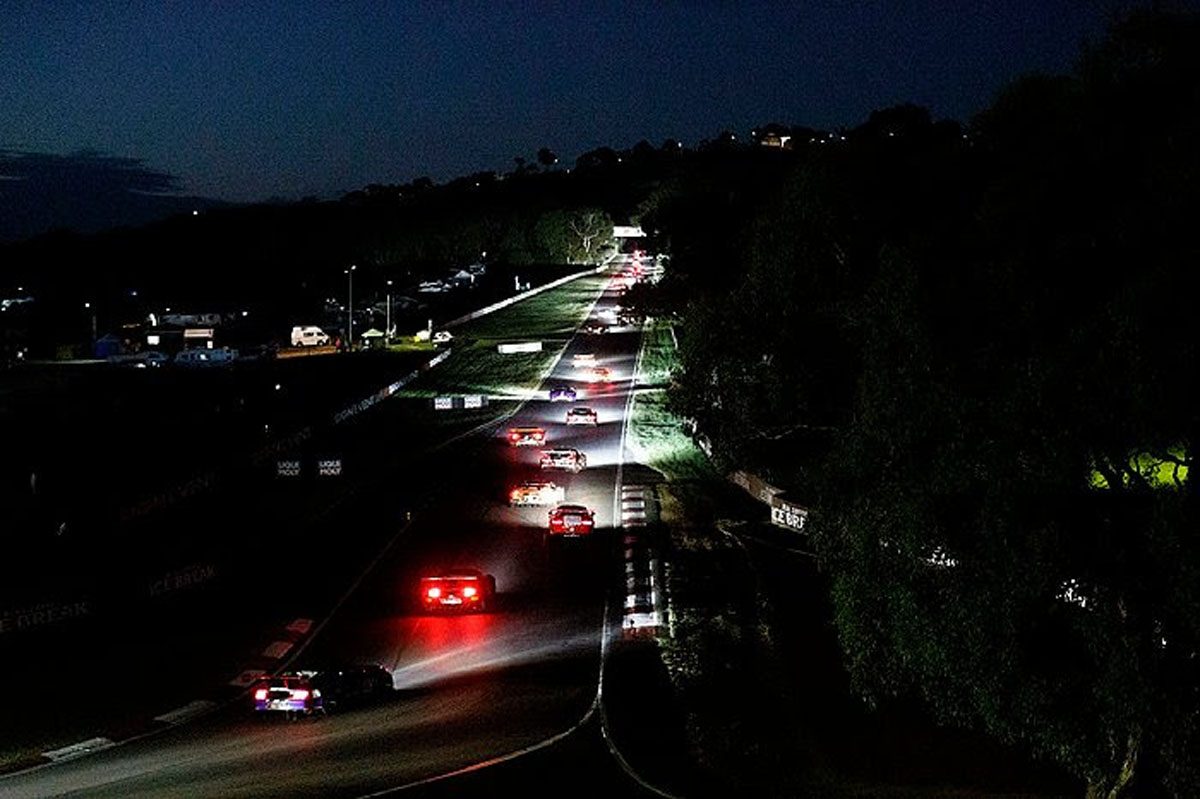 The organisers behind a proposed Bathurst 24 Hour race have revealed further details on how they see the event working.

Dutch company Creventic was one of six applicants to submit plans as part of a Bathurst Regional Council run tender for the prized fifth event at Mount Panorama.

However, interest from prospective promoters was such that the tender process was put in place, with Creventic’s application originally omitted from the shortlist before BRC amended the error.

Speaking with Speedcafe.com prior to the tender window closed, Creventic boss Ivo Breukers confirmed his organisation intended to run a 24 Hour race at the Mountain.

Breukers, a racer himself who has competed in the Bathurst 12 Hour, has since revealed further details of his bid, including a proposed track schedule.

Two variations have been submitted, one featuring a 24 hour race which begins at 1500 on Saturday and runs uninterrupted to its conclusion, and another which would feature a two-part race totalling 24 hours.

“We were informed a complete 24h format would not be impossible because of existing regulations, we could imagine that the council could prefer to have a night intervention,” Breukers told Speedcafe.com.

“Although it would not be our first choice, it could be the second best one. Therefore we have made two possible draft time schedules.”

However, Breukers concerns may be mislaid, as Bathurst Regional Council has confirmed to Speedcafe.com that they are not aware of any restrictions prohibiting the running of a 24 hour race.

The submitted schedules would both see two 180 minute ‘unofficial’ practice sessions on the Thursday before the race, a further two 90 minute ‘official’ sessions on Friday, and a 30 minute warmup session pre-race on Saturday morning.

The second practice session on Friday, which would following a split qualifying session, would start at 1930 and offer teams the opportunity to run in darkness.

The split race format would offer the same practice and qualifying format, with the race also starting at 1500 on Saturday before being interrupted at midnight where the cars would be placed in parc ferme.

It would then resume at 0800 on Sunday morning and run through until 2300 on Sunday night, making the two-parts nine and 15 hours long respectively.

Both proposed schedules would allow for more than 12 hours of support category running.

“We would be open to work together with local championships so they could have a round during the 24h Bathurst weekend,” Breukers said.

Already familiar with running events globally, Brukers is confident that, should his application be successful, he could attract interest from across the world.

“We think we can bring teams from all over the world and can become a highlight on the Australian motorsport calendar,” he said.

“We like to use the same class structure as we are having in the 24h Dubai, 24h COTA, 12h Spa-Francorchamps and all our other events.

“It means a healthy mix of touring cars, GT4 and GT3s. Basically all private teams, some line-ups will have some pro’s added – but pure factory teams will not be allowed.

“In close cooperation with the Bathurst council we would like to choose the best time in year keeping in mind the logistic possibilities, and of course keeping in mind our 24h Dubai which we always have in the beginning of January,” he added.

“One of the strongest points of Creventic is that all the logistics for a non-local team is included in the entry fee.

“For the USA COTA 24h race and the 24h Dubai race we are arranging sea freight (and airfreight if necessary) for over 70 teams; no hassle with customs or transport, we arrange it for teams all over the world trouble free.”

A television package has already been built around the event, with Radio Le Mans cited as the preferred commentary team, with live onboard cameras and live streaming of the event globally from qualifying on Friday afternoon.

“We are working with a profession TV production company for have live TV, we will have up to 10 on-board camera’s for delivering the highest possible level of TV entertainment.

“Besides the worldwide live takers we will have internet live streaming TV and Live timing through our website.

“To give all the background information and the insights the extremely experienced team of ‘Radio Le Mans’ will do the commentary.”

Breukers even went into detail surrounding refueling and pit stops during the race, suggesting dedicated bays could be set up at pit entry, pit exit, plus up to eight ‘floating’ stations in pit lane.

“To increase safety in the pitlane, all cars need to be refueled in a save controlled area,” he explained.

“The area situated in the beginning of pitlane or at the end of the pitlane, will have up to 8 mobile commercial fuel pumps.

“This area controlled by fire workers is only accessible by team members in fire proof clothing (one refueler, one with fire extinguisher).

“Creventic is using those mobile fuel pumps on all races except at 24h Dubai where the circuit has their own 8 fixed fuel pumps behind the pitlane.

“This makes refueling much safer for all pitlane workers, visitors, guests team members in the garages, instead of having over 50 fuel rigs in the pitlane.”

The safety effort would also see the introduction of the ‘Code 60’, effectively a Virtual Safety Car as used in Formula 1 that limits cars to running at 60km/h.

“To increase immediate safety and to ensure more fair race we would introduce the proven Code 60 to Australia,” Breukers explained.

“Within 10 seconds after an incident the whole track is safe and secure and Marshalls and eventual recovery vehicles can start working. Besides that the race positions will remain intact.”

Bathurst Regional Council is currently assessing the applications it received under the tender, with an announcement not expected on a potential candidate until August.

However, there remain no guarantees that an event will be selected, despite some high profile applicants having thrown their hat in the ring.