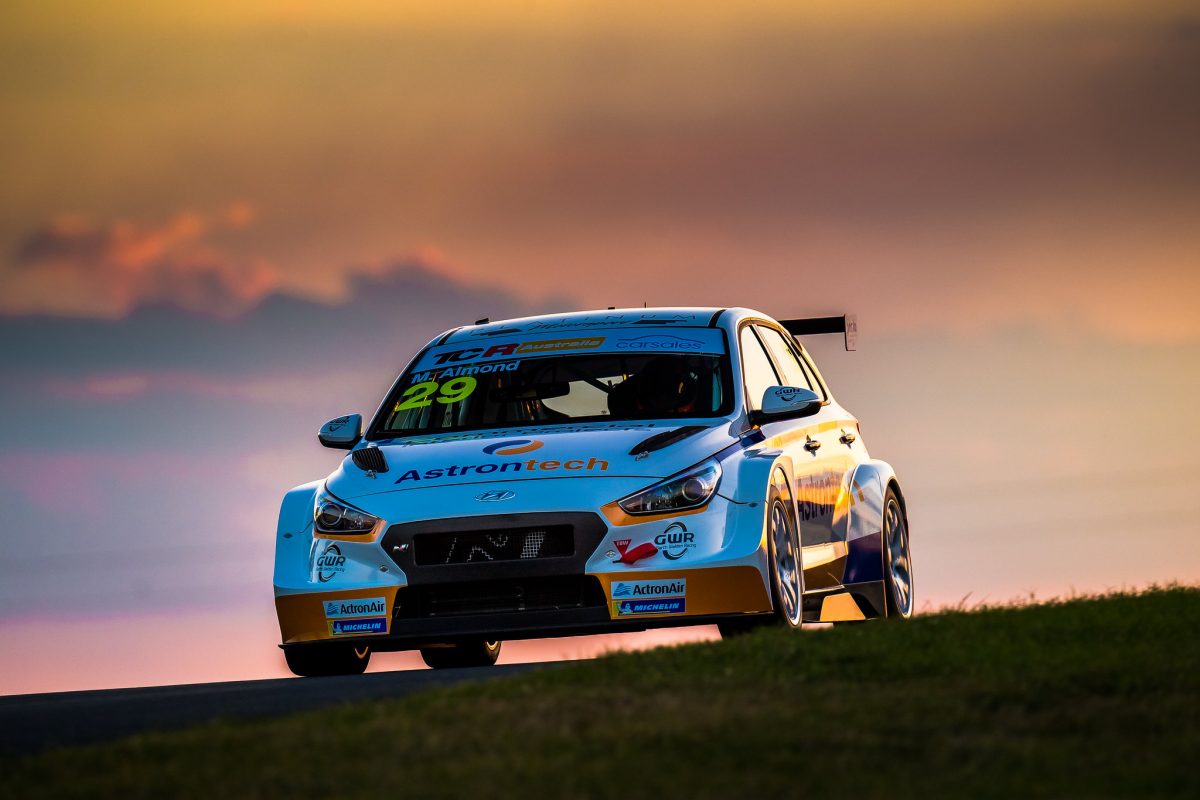 Almond and Wall Racing’s John Martin (Honda Civic Type R) traded places at the top of the timesheets early in the session before the former, driving a Hyundai i30, fired in a 1:34.63s.

The order changed late in the 30 minute session when Dylan O’Keeffe (Alfa Romeo) lapped within 0.15s of Almond’s effort, dropping Martin to third.

The red flags flew moments later when Kelly Racing’s Alex Rullo went off at Turn 1 with a rear wing issue, bringing an early end to the session with two minutes remaining.

Nathan Morcom put the #11 HMO Customer Racing Hyundai in fourth while his team-mate Will Brown failed to appear in the session due to a steering rack and throttle gremlin.

Tony D’Alberto was fifth in the second Wall Racing Honda Civic, a little more than two tenths behind Morcom.

The TCR Australia field will return to track on Saturday for qualifying (30 minutes) at 1055 AEST ahead of the series’ inaugural 30-minute race at 1415 AEST.