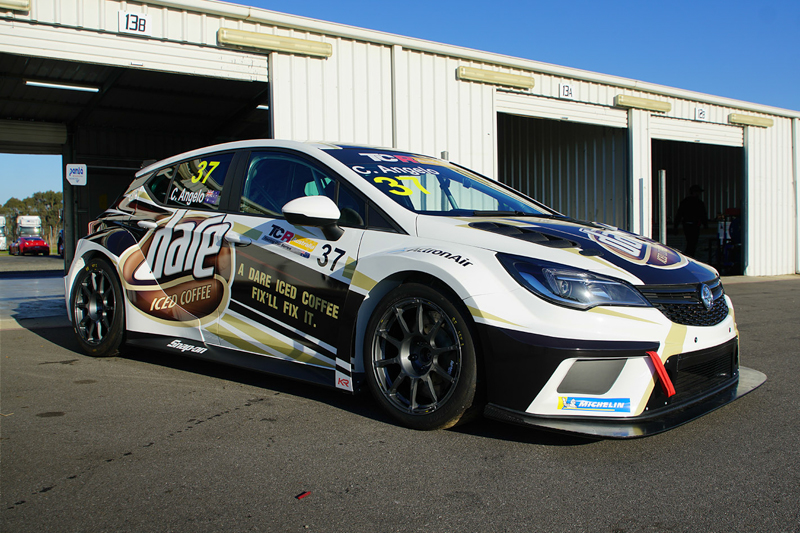 Kelly Racing has showcased the livery Chelsea Angelo will campaign in TCR Australia which kicks off at Sydney Motorsport Park this weekend.

Dare Ice Coffee has taken up title sponsorship on the #37 Opel Astra TCR which joins a sister car for Alex Rullo and a pair of Subaru WRX machines for Andre Heimgartner and Molly Taylor.

The team has elected to rebadge its Opel race cars as Holdens to be more in line with the local market.

Angelo completed final preparations for the TCR opener by joining the rest of the Kelly Racing squad for a final test day at Winton on Wednesday.

“The test day at Winton went well, the car is very different from cars I’ve raced before but I was also able to sample the Astra at the TCR test day last week so I’m starting to get more familiar with it and I’m really looking forward to going racing this weekend,” said Angelo.

TCR Australia will host its inaugural round at Sydney Motorsport Park this weekend which will feature a 17 car grid.

All seven rounds of the new touring car class will be broadcast live on SBS and via the Shannons Nationals’ live streaming service which will be carried by Speedcafe.com. 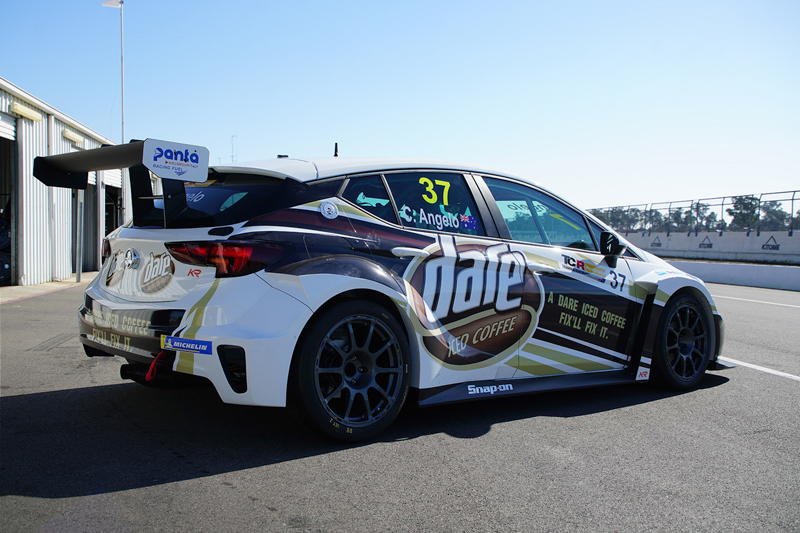