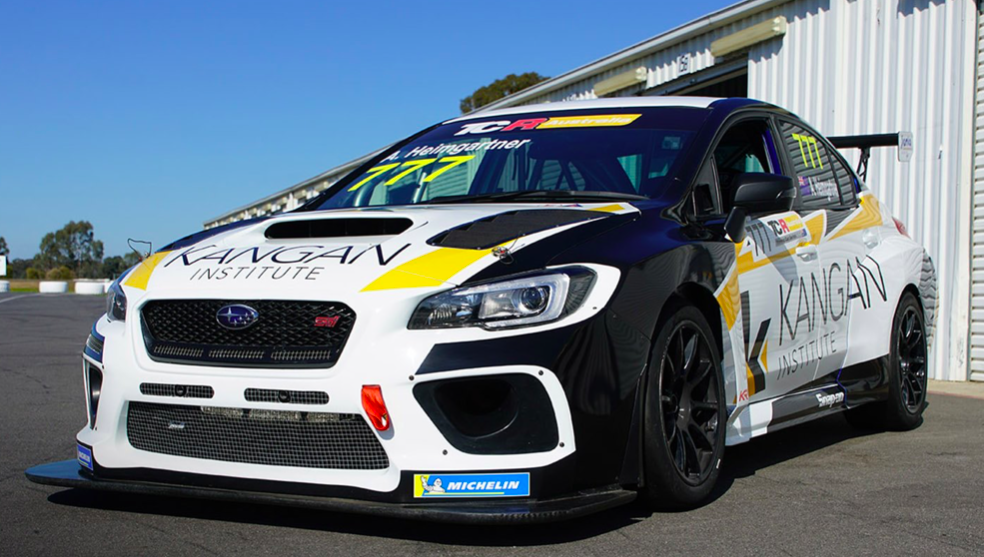 Kelly Racing has taken the covers off the Subaru that Andre Heimgartner will drive in TCR Australia.

The New Zealander, who is the first Supercars full-timer to join the TCR grid, will race a WRX TCR machine backed by Kangan Institute, one of Victoria’s largest providers of apprenticeship and traineeship training across a range of industries.

Kangan Institute, through its motorsport program, currently provide opportunities for trainees to work within Kelly Racing across is full breadth of motorsport, which encompasses four Supercars and four TCR cars.

The brand has previously appeared on Kelly Racing’s Nissan Altimas in Supercars.

Heimgartner’s car will sport an eye catching white, yellow and black colour scheme which made its debut during a test day at Winton on Wednesday.

“It is terrific to extend the Kangan Institute program across to TCR having worked with them in Supercars since my time with Kelly Racing,” said Heimgartner.

“We’ve had some great success together on track through the Supercar program and I hope to deliver them the same in TCR starting this weekend.”

Its reveal follows the unveiling of Kelly Racing entries for Molly Taylor (Subaru) and Alex Rullo (Holden/Opel Astra) both of which are backed by oil giant Castrol.

The team is yet to reveal the livery for its second Astra to be piloted by Chelsea Angelo.

TCR Australia will host its inaugural round at Sydney Motorsport Park this weekend which will feature a 17 car grid.

All seven rounds of the new touring car class will be broadcast live on SBS and via the Shannons Nationals’ live streaming service which will be carried by Speedcafe.com.