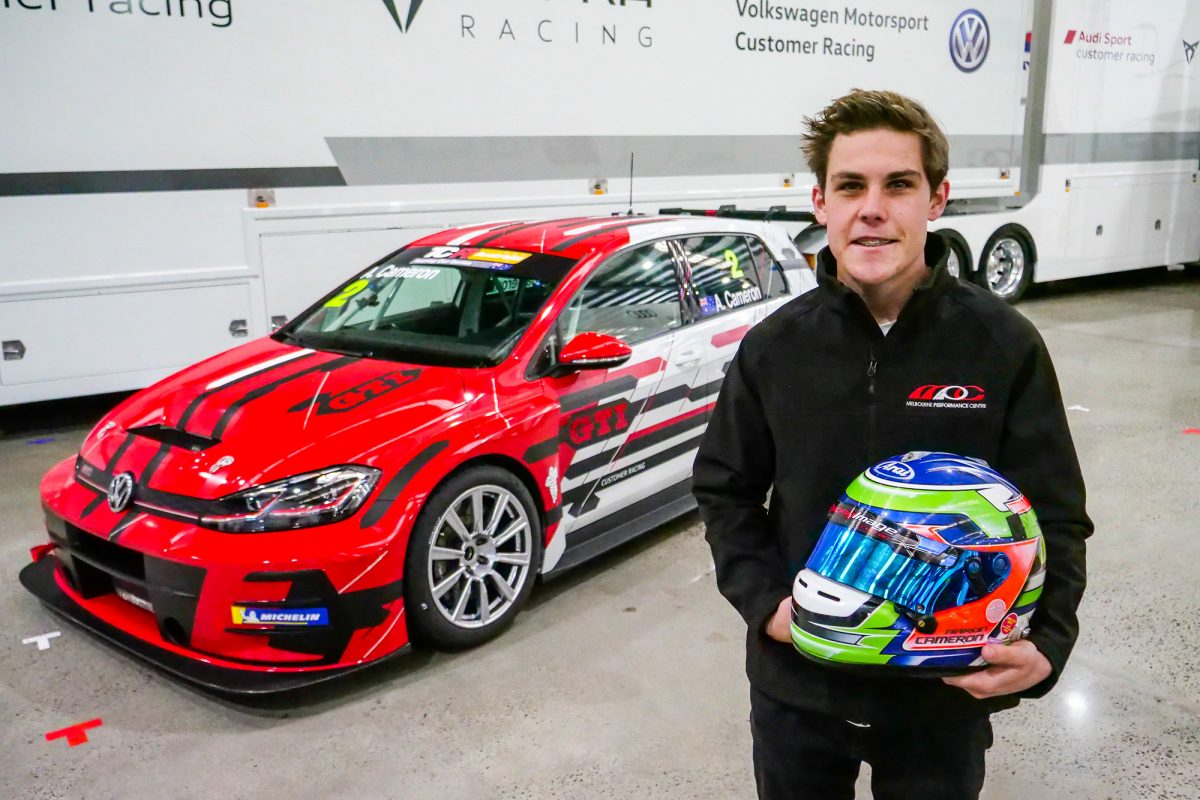 Former SuperUtes driver Aaron Cameron will complete the grid for the inaugural TCR Australia Series having secured a deal to drive for Melbourne Performance Centre.

Cameron will pilot the squad’s Volkswagen Golf GTI in the new touring category’s maiden round at Sydney Motorsport Park, which will see 17 cars compete this weekend.

The 19-year-old makes the switch to touring car racing having finished fifth in the ECB SuperUtes Series last year after outings in Australian GT and the Toyota 86 Racing Series.

Cameron heads to Sydney with TCR experience having driven an Audi RS3 in Creventic Series endurance races for MARC Cars Australia at Catalunya and Dubai.

He was also been enlisted to test the Melbourne Performance Centre Audi that will be driven by Dutchman Rik Breukers during last week’s TCR Australia test at Winton.

“It’s great to be confirmed for the first round of the TCR Australia Series at Sydney Motorsport Park, and as it turns out I’m the last name to be confirmed to do it so I’m really looking forward to it,” said Cameron.

“I’ve driven the cars already at the test day and at a couple of 24 Hour races overseas, and I absolutely love the front-wheel drive aspect of these cars.

“I’m only 19 years old but I have a fair bit of racing experience already. I’m the current KZ2 Karting national champion, and previously raced Super Utes and the Toyota 86 Racing Series, so a nice variety of cars I’ve driven before stepping into the TCR Australia Series.

“I’ve done two Creventic 24 Hour races with MARC Cars Australia at Barcelona and Dubai, and it was great to share the car with some skilled racers and learn off them. These cars were great to drive for 24 Hour races and I’m sure they’ll be awesome in the sprint format as well.

“My expectation for the weekend is to try and stay out of trouble, we don’t know what the racing is going to be like in a sprint format here, but if we can get into a top five or a podium position by the end of the weekend that would be great.”

“I’ve had a lot of experience with putting together big motoring and motorsport programs, but this is the most satisfying, especially seeing the Australian racing public embrace this new class with such enthusiasm.

“We have a great array of cars. Eight different brands, some serious teams and real talented drivers. This is a new style of touring car racing for Australia, but it’s one that no one is going to want to miss.”

All seven rounds of the TCR Australia Series will be broadcast live on SBS and via the series’ live streaming service.