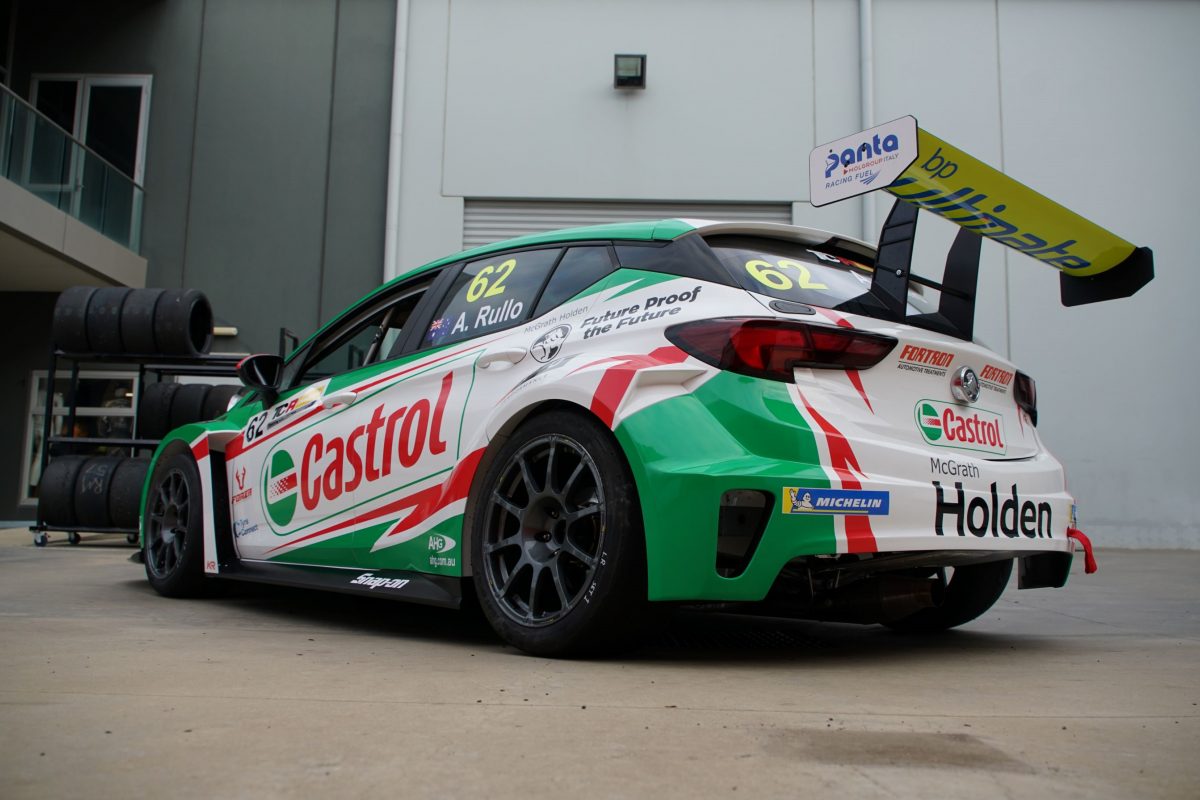 Holden has clarified its position on TCR Australia following Kelly Racing’s decision to rebadge its Astra machines to the GM brand.

The Braeside squad has elected to rebadge its two Opel Astra TCR race cars to Holdens to be more in line with the Australian market.

Today the operation has revealed its Astra for Alex Rullo which also features branding from McGrath Holden.

In response to the reveal of the car, Holden has confirmed to Speedcafe.com that the brand is not currently involved in the series and is keeping a watching brief on TCR Australia.

“GM Holden are keeping an eye on the TCR series along with other Motorsport categories in Australia,” said a Holden spokesperson in statement issued to Speedcafe.com.

“We are excited to see how this series develops in its first year, however our current focus in Motorsport is 100 percent across the Supercars Championship.”

The GM brand has a factory presence in Supercars through Triple Eight with the arrangement in its final season of its three-year deal.

This season it has offered increased support to all Holden Commodore teams.

Meanwhile, Kelly Racing’s Holden Astras, driven by Rullo and Chelsea Angelo, have hit the track today at Winton for a final test ahead of TCR Australia’s opening round at Sydney Motorsport Park.