De Pasquale focussed on now, not next contract

De Pasquale focussed on now, not next contract 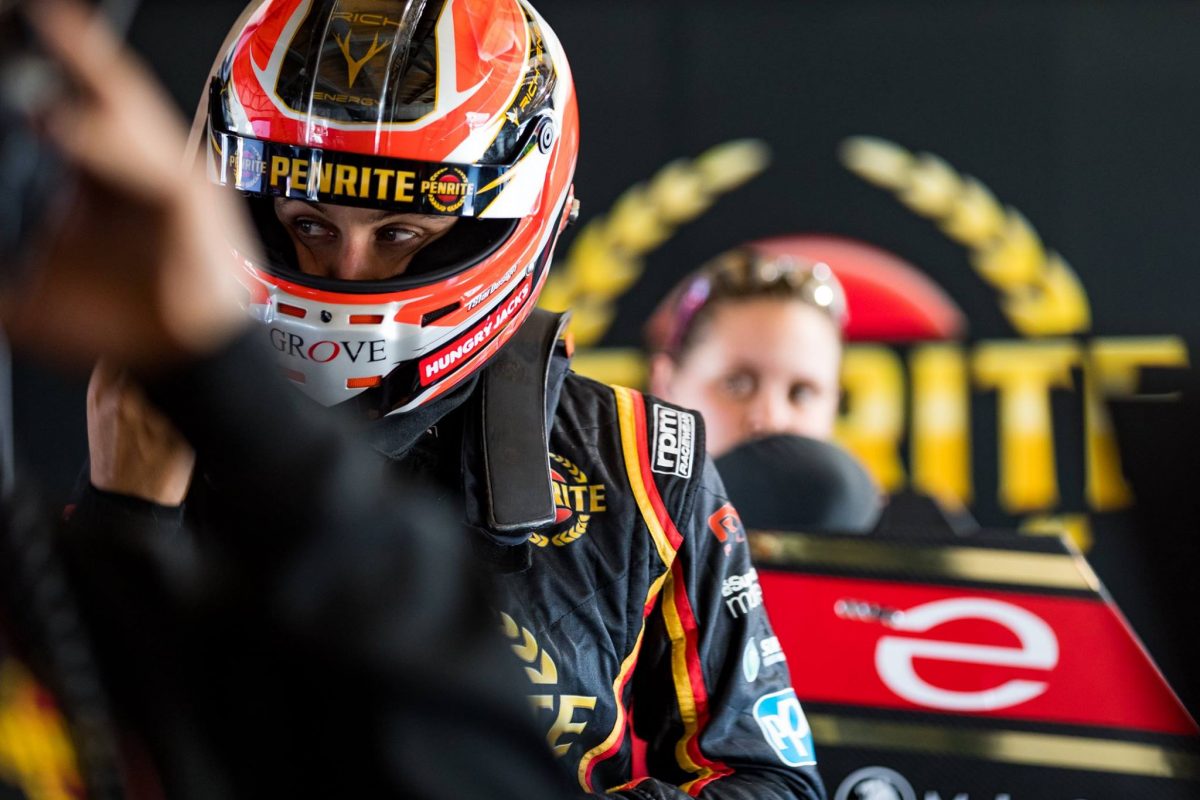 Supercars rising star Anton De Pasquale says securing his future in the category is not on his mind with the focus firmly on achieving results on the track.

The Penrite Racing driver is off contract at the Melbourne squad alongside team-mate David Reynolds, and several high profile names, including Chaz Mostert (Tickford), James Courtney (Walkinshaw Andretti United), and Fabian Coulthard (Shell V-Power Racing), whose deal is believed to be up at the end of the year.

De Pasquale is earning a growing reputation as one of the bright young guns highlighted by a maiden podium finish at Phillip Island last month.

The podium success led reigning champion Scott McLaughlin to label the driver as a ‘future star of Supercars’.

Erebus Motorsport, which made the bold decision to sign the rookie De Pasquale for 2018, is understood to have a two-year option on the driver, with the team keen to make the re-signing process an ‘easy decision’.

A series of strong qualifying efforts backed up by three top 10 results, including a third in Race 10 has seen the former single seater ace climb to 12th in the standings.

As the season races towards the halfway mark, De Pasquale has admitted his next contract deal is far from his mind.

“No, not really. I’m only thinking about one race at a time and I’m just trying to get the best results,” De Pasquale told Speedcafe.com when asked if he had begun to think about his plans for next year.

“At the moment (I’m) just trying to race the best I can and the future will sort of hopefully take care of itself.

“It’s not really something on my mind at the moment. I think we’re only a few rounds in, so it’s still very early days in the year to be worrying about the future.”

After an impressive rookie season, De Pasquale has acclimatised to the rigours of Supercars racing and is enjoying the environment and equipment that Erebus Motorsport provides.

“I’ve got my shot here (at Erebus), to have a go and we’ll have some better results.

“(I) got my first podium and I’ve sort of been consistently in and around the top 10, which is where we want to be.

“It’s gone really well here and we’re working together pretty well, so I can’t complain too much.

“Hopefully everyone here is happy with me.”

De Pasquale is aware that increased success on the track usually brings extra attention from rival teams as they look to secure driver line-ups for futures seasons.

However, he is not letting that distract him from ensuring performances on the track continue to follow an upward trajectory.

“As a driver you want all that, but like I said, I’m not really worrying too much about it at the moment. I’m trying to sort of stay away from all that and worry about my driving.

“I’ve still got a lot to improve and I want to prove myself on the track I think before I worry too much about that.”

De Pasquale is set to return to the track today as he joins Penrite Racing for a test day at Winton.

The squad will share the circuit with Garry Rogers Motorsport, Brad Jones Racing and Kelly Racing’s Garry Jacobson, who will conduct a rookie day.