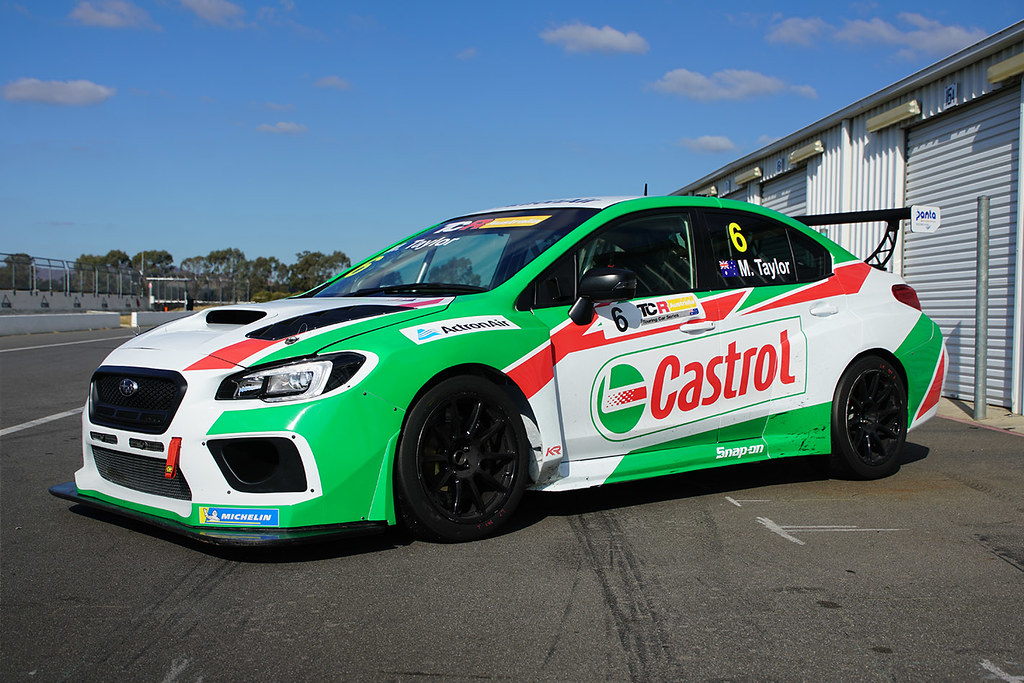 Kelly Racing today unveiled the Subaru WRX that Taylor will drive in the new touring car series today in the famous green, red and white colours of the oil giant.

Taylor, who will dovetail campaigns in the Australian Rally Championship and TCR Australia, jumped behind the wheel of the car for a final test day at Winton ahead of this weekend’s Sydney Motorsport Park opener.

“It’s fantastic to have Castrol onboard and supporting me in my first circuit race this weekend at Sydney Motorsport Park for the first TCR Australia race,” said the 2016 Australian Rally Champion

“Kelly Racing have a long history with Castrol so it’s really positive to have them come into TCR with myself and Alex as well. It’s great to have another strong brand in TCR and hopefully we’ll do them proud.

“I’m really glad to have been given the opportunity to continue developing my circuit racing skills today here at Winton Raceway for my second test day with the team.

“There was a lot to take onboard after the first one, and it’s been great to continue the learning curve today.”

All seven rounds of TCR Australia, which begins at Sydney Motorsport Park, will be broadcast live on SBS and live streamed on Speedcafe.com.