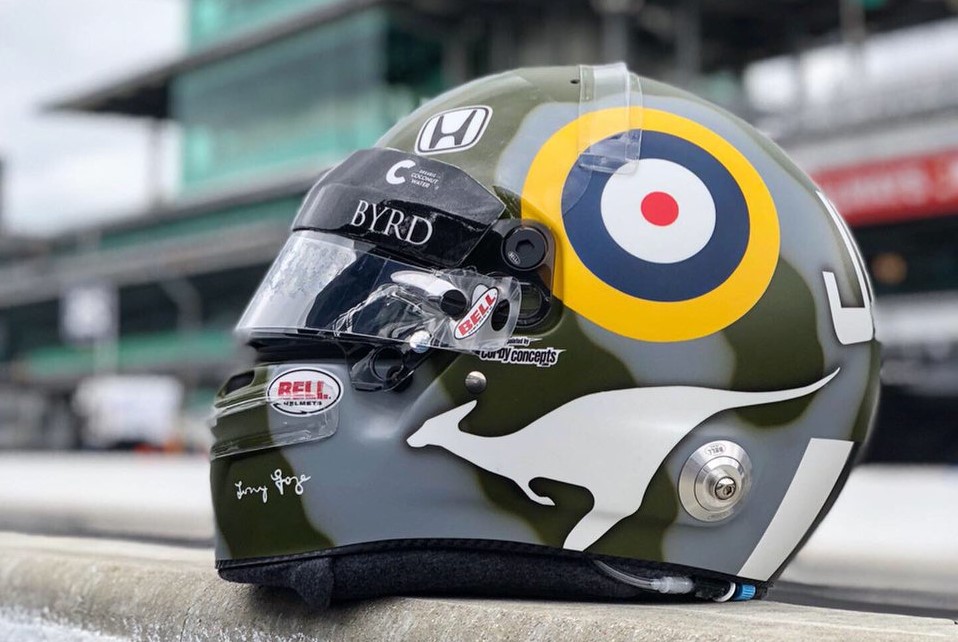 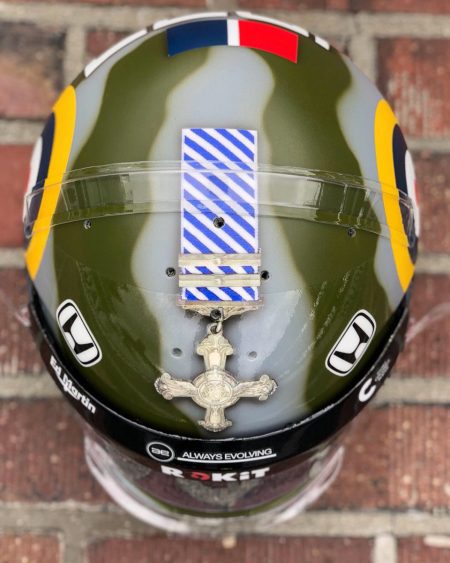 Gaze flew for Britain in World War II, earning three Distinguished Flying Crosses (DFC), the first for shooting down three German aircraft and sharing in the destruction of another.

He became a Squadron Leader and was at one point shot down over France and helped to escape back to Britain.

Gaze is also Australia’s first Formula 1 driver, making his debut in the 1952 Belgian Grand Prix, and his contribution to motorsport was recognised with an Order of Australia in 2006.

He married Diana Davison, by then the widow of Lex Davison, in 1977.

Gaze had in fact competed with Lex Davison, James Davison’s biological grandfather, and Stan Jones in the 1953 Monte-Carlo Rally, in an FX Holden.

James Davison’s helmet is emblazoned in RAF colours and features an image of the DFC and Two Bars.

The 32-year-old will again enter the Indianapolis 500 as part of a partnership between Jonathan Byrd’s Racing, Hollinger MotorSport, and Belardi Auto Racing, although this year his car will be run out of Dale Coyne Racing.

The first day of practice for the event’s 103rd running starts tomorrow at 0100 AEST.