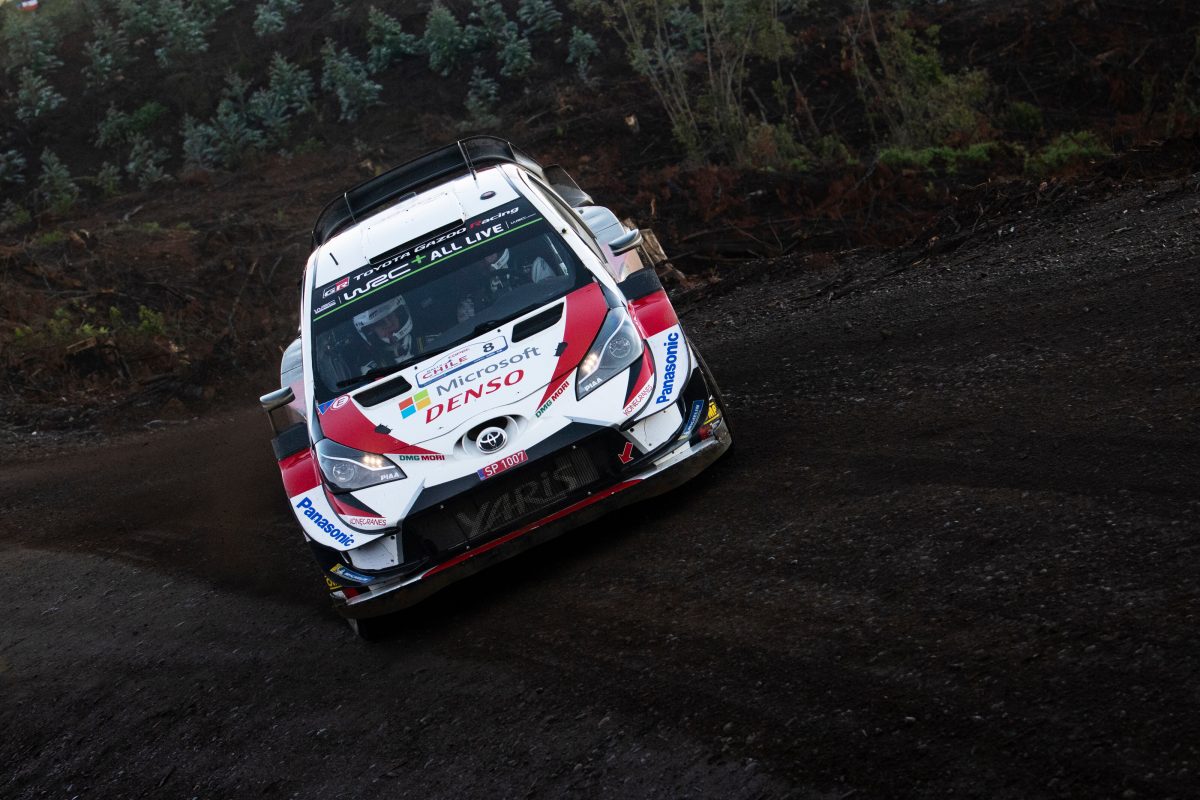 Ott Tanak has secured his second event win of the season as Sebastien Ogier moved into top spot in the World Rally Championship in Chile.

That pair ran first and second respectively from Special Stage 2 until the 16th and final stage of Rally Chile, and each leapfrogged Thierry Neuville in the drivers’ standings after the Hyundai driver’s huge rollover on SS8.

Tanak won six stages in his Toyota Yaris, including the Power Stage, to collect a maximum 30 points from the sixth round of the campaign.

The Estonian spent most of Saturday 30 seconds up on Ogier and ultimately won the rally by 23.1s.

“It was a very difficult and demanding weekend and I needed a lot of focus and energy to be perfect,” said Tanak.

“We weren’t on the limit all the time. We’ve had two setbacks in a row before this where we lost the rally lead, but we proved we’re back in the fight.”

Ogier’s hold on second position on the Chile leaderboard came under threat from Neuville at various times during the Friday and Saturday before the Belgian crashed his i20.

Jari-Matti Latvala also closed in on the Citroen driver only for his Toyota to suffer a driveshaft problem late on the penultimate day.

Sebastien Loeb then threw down the challenge to his compatriot and fellow championship winner, moving 1.1s behind Ogier on the first stage of Sunday.

Ogier responded with a win on the next stage (Lircay), Loeb won SS15, before Ogier secured four Power Stage points and made sure of the second placing for the rally.

Loeb’s deficit to Ogier was 7.1s in the end, as the Frenchman secured his first podium for Hyundai and finished fourth in the Power Stage.

Elfyn Evans made it four teams in the top four and finished one spot ahead of M-Sport Ford team-mate Teemu Suninen.

Esapekka Lappi was sixth overall in his Citroen after a spin on the Power Stage, ahead of the second Hyundai of Andreas Mikkelsen.

Kris Meeke rolled his Yaris on SS7, the first of Saturday, but completed the loop and went on to take eighth in the rally and a Power Stage point.

Ogier leads the title race on 122 points, from Tanak on 112 and Neuville still on 110, while Meeke is 51 points further back.