Vergne hangs on for thrilling Formula E win in Monaco 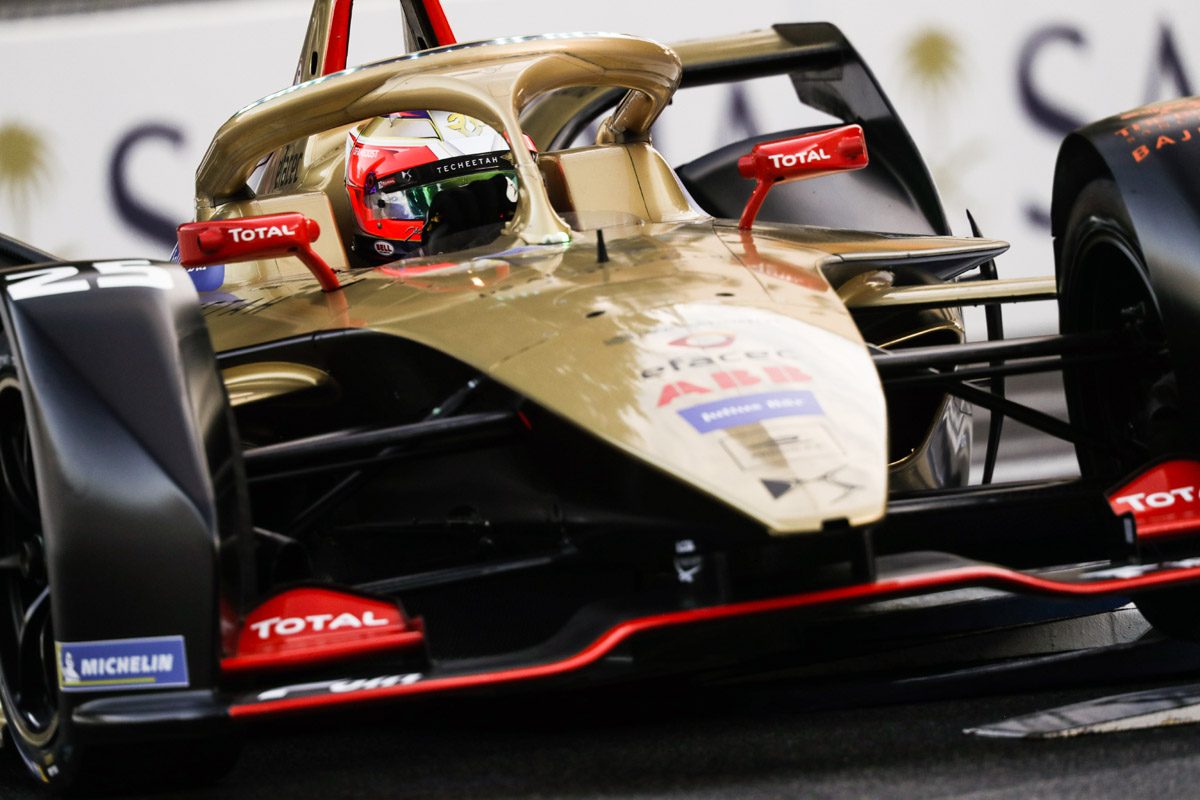 Jean-Eric Vergne has won the third Monaco ePrix after a nail-biting finale to a race that saw a four way scrap for the lead.

The race proved a slow burner with the opening 10 laps processional before sparking into life.

A mid-race full course yellow was the catalyst, with a nervous lead battle out front and a midfield pack that contained much of the field tucked up behind Sebastien Buemi in fifth.

Vergne held the lead from the start, heading a busy but largely clean opening lap that saw the midfield running three wide on the approach to the Harbour chicane.

Sitting fifth, Buemi used his first Attack Mode to challenge Felipe Massa for fourth, the pair going side by side through the Harbour Chicane with Massa holding on to the place.

A mistake from Pascal Wehrlein at Ste Devout opened the door for Oli Rowland and Massa to pass the German, who immediately opted to take his first dose of Attack Mode.

Though his pursuers all elected to use Attack Mode early, race leader Vergne was able to open a two second advantage without the power boost.

With his early attack having proved unsuccessful, Buemi became a cork in the bottle as he headed a train of more than 10 cars.

A mid-race charge from Bird saw him claim two spots in a lap, firstly moving by Lucas Di Grassi and then Stoffel Vandoorne.

He then claimed Lynn at Ste Devout, followed through by Di Grassi, who had also dispatched Vandoorne on the previous lap.

Bird’s aggressive charge sparked what had been a processional race into life, Lynn picking up damage in a scuffle that saw Robin Frijns and Mitch Evans scamper through.

A full course yellow was called when Alex Lynn shed his front right wheel cover, among other debris that littered the circuit.

Moments before the yellow, Maxi Gunther ran off the road at the final corner, his car carrying damage at both ends.

Da Costa used Fan Boost shortly after the yellow was withdrawn, triggering a skirmish at the Harbour Chicane that ultimately accounted for Di Grassi, who was squeezed into the wall as the group jockeyed for position.

Vergne’s early pace escaped him, with Rowland, Massa, and Wehrlein running nose to tail in a four-way scrap for the lead.

They quickly extended a more than seven second advantage over Buemi, who still had a dozen cars in tow.

With five minutes left on the clock Rowland activated Attack Mode for the second time, with Vergne and Massa following suit on the next lap.

It would see the latter two have the boost almost until the chequered flag, while Wehrlein held on for another lap to all but guarantee he’d have the additional power for the balance of the race.

Frijns made a lunge on Sims heading into Ste Devout, damaging his car which was left stricken in the middle of the track.

The incident was covered under double waved yellow flags, the marshalls incredibly clearing the car without the need for a full course yellow.

A Safety Car would have seen the race finish that way, instead a nervous finale resulted with Vergne clinging on to the lead.

Wehrlein attacked Massa for third, the Brazilian having all but run out of usable energy while Wehrlein had Attack Mode.

Just a car length ahead, Rowland challenged Vergne at the Harbour Front Chicane but was able to make the move stick.

It saw Vergne hang on for a narrow win from Rowland, Massa in third and Wehrlein fourth.

Down the order, Bird failed to make the flag after his charge ended with no right rear tyre following late contact.

Evans finished sixth and holds the same position in the championship.

Four rounds remain in the 2018/19 Formula E season, which next heads to Germany for the Berlin ePrix on May 25.