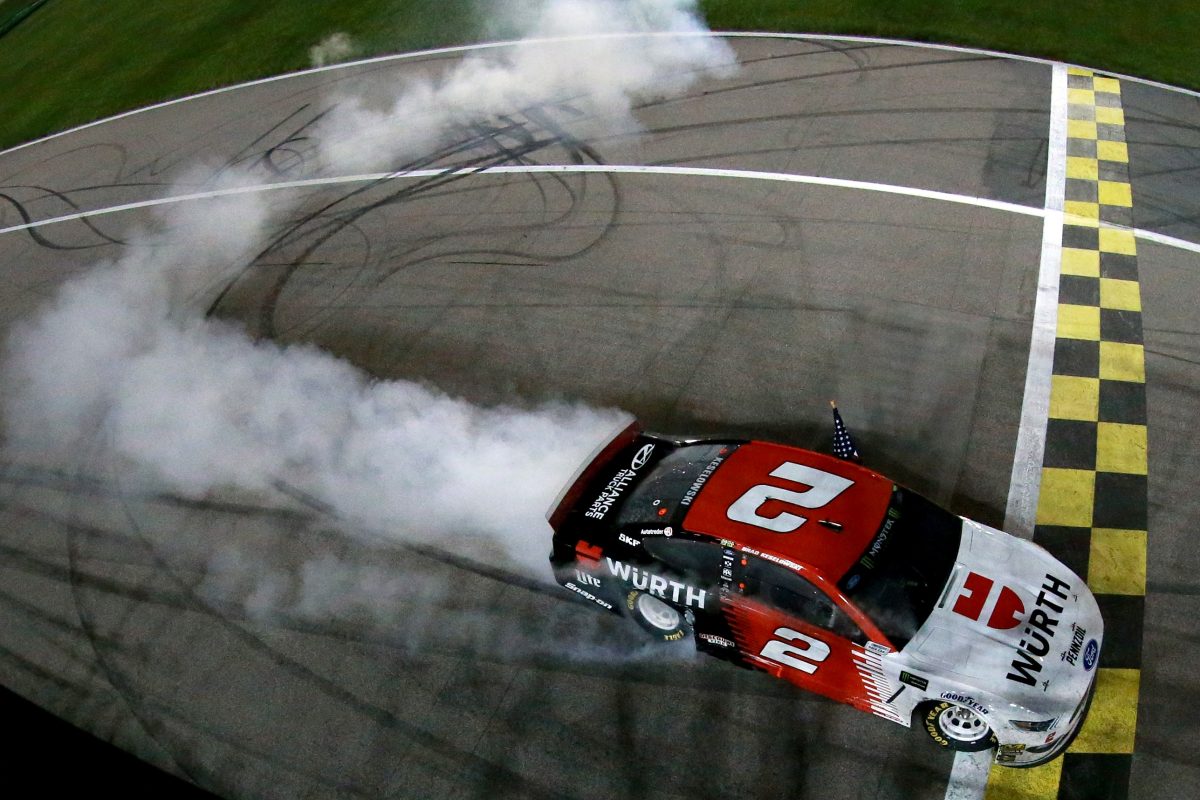 Brad Keselowski made a late pass before surviving an overtime finish to win the 12th round of the NASCAR Cup Series in Kansas.

Alex Bowman led the second-highest number of laps at 63 but was consigned to a third straight runner-up finish, by 0.205s, after losing first position to the #2 Team Penske Ford on Lap 261.

In a frantic passage in the laps which followed what would be the penultimate restart, Bowman, Chase Elliott, and Ricky Stenhouse Jnr had gone three-wide battling for top spot.

Bowman wrested it back from Stenhouse Jnr on Lap 248 but Keselowski was making good progress and pressuring the #88 Hendrick Chevrolet only a handful of laps later, before the pivotal move.

A failure for Matt DiBenedetto sent the race to overtime but Keselowski held on to pick up a third win of the season, from Bowman, Erik Jones, Elliott, and Clint Bowyer.

Kyle Busch missed the top 10 for the first time this season, finishing 30th after a penalty for driving through too many pit boxes during Stage 3.

The All-Star race takes place next weekend in Charlotte.

Next Story Larson holds on to win All-Star race