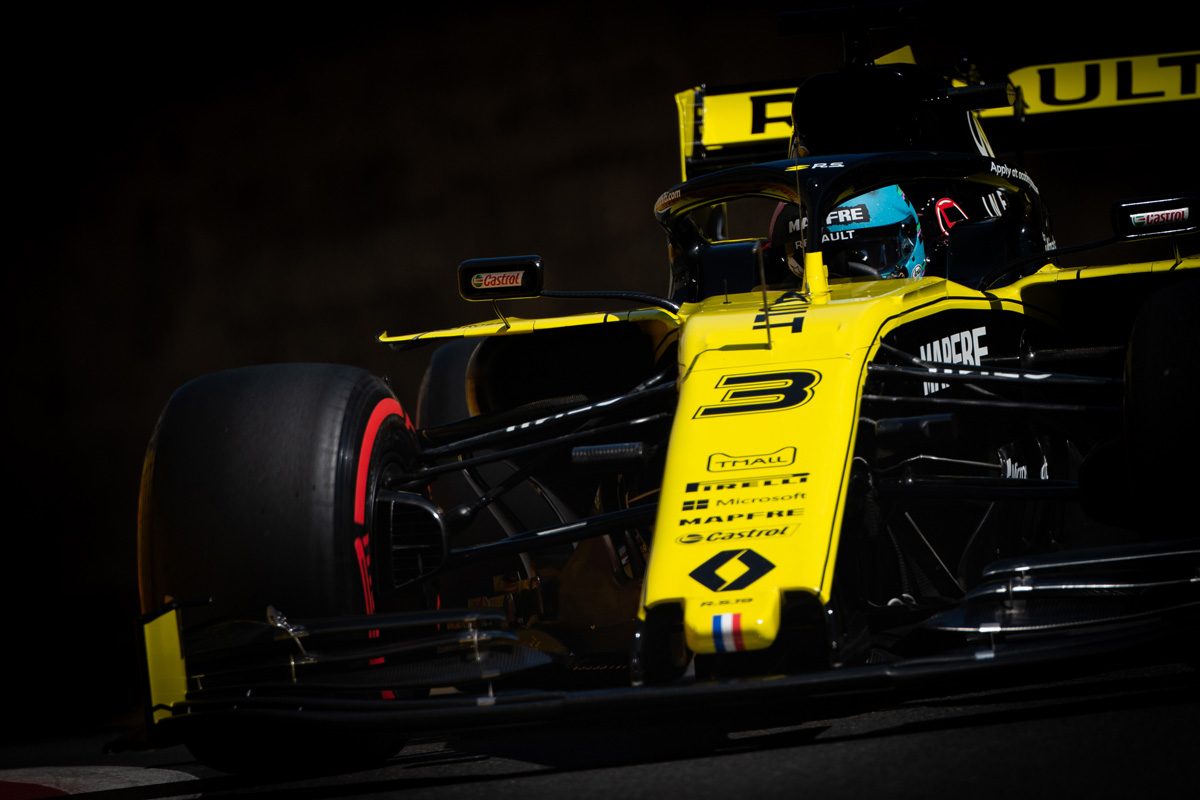 Four races into the current season, the Anglo-French team languishes in seventh in the constructors’ championship, with a pair of seventh place finishes its best result thus far.

Its poor start to the year has been highlighted by five retirements in eight starts.

Though not officially dubbed a ‘spec two’ unit, the revisions to the power unit allegedly allow Ricciardo and Hulkenberg to run in higher power modes for longer.

“It is mainly for reliability,” Ricciardo said of what the upgraded is expected to deliver.

“I don’t know how much detail they have gone into what parts have changed.

“But some materials, I know what they are but I don’t know how much I can say, but some have changed to help reliability.

“For now that is the target but if we see that it is more reliable then we can start again pushing the power curve and all those other things that others do in qualifying.”

However, with both drivers poised to take on new engines this weekend it’s now likely they’ll exceed their allowed quota for the season.

It’s therefore almost certain that both Ricciardo and Hulkenberg will be forced to take grid penalties towards the back end of the year when they need to take a fourth power unit.

Ferrari too has a new engine to debut this weekend, though only the factory team will run it, with Haas’ Guenther Steiner citing logistical reasons on part of the supplier.

“Doing it at the same time is always logistically very difficult for them so one reason or another, depending on the upgrade, they ask us if we are okay, and we are fine with it,” Steiner said.

“In the end, they need to manage the engine and the mileage and all that stuff.

“We are pretty happy with what they have suggested. It hasn’t been decided if we do it in Monte Carlo or Canada.

“That is it, there is nothing behind it. It is a bit of a different spec and it is fine.”

Like Renault, Ferrari has accelerated the introduction of its new power unit for this weekend.

Mercedes meanwhile enters the weekend with the same power unit it has used to take one-two results in all four grands prix thus far.

Opening practice for this weekend’s Spanish Grand Prix begins tonight at 1900 AEST with Practice 2 from 2300 AEST.

Previous Story Silverstone to be resurfaced ahead of Grand Prix