No guarantees against future Mustang changes 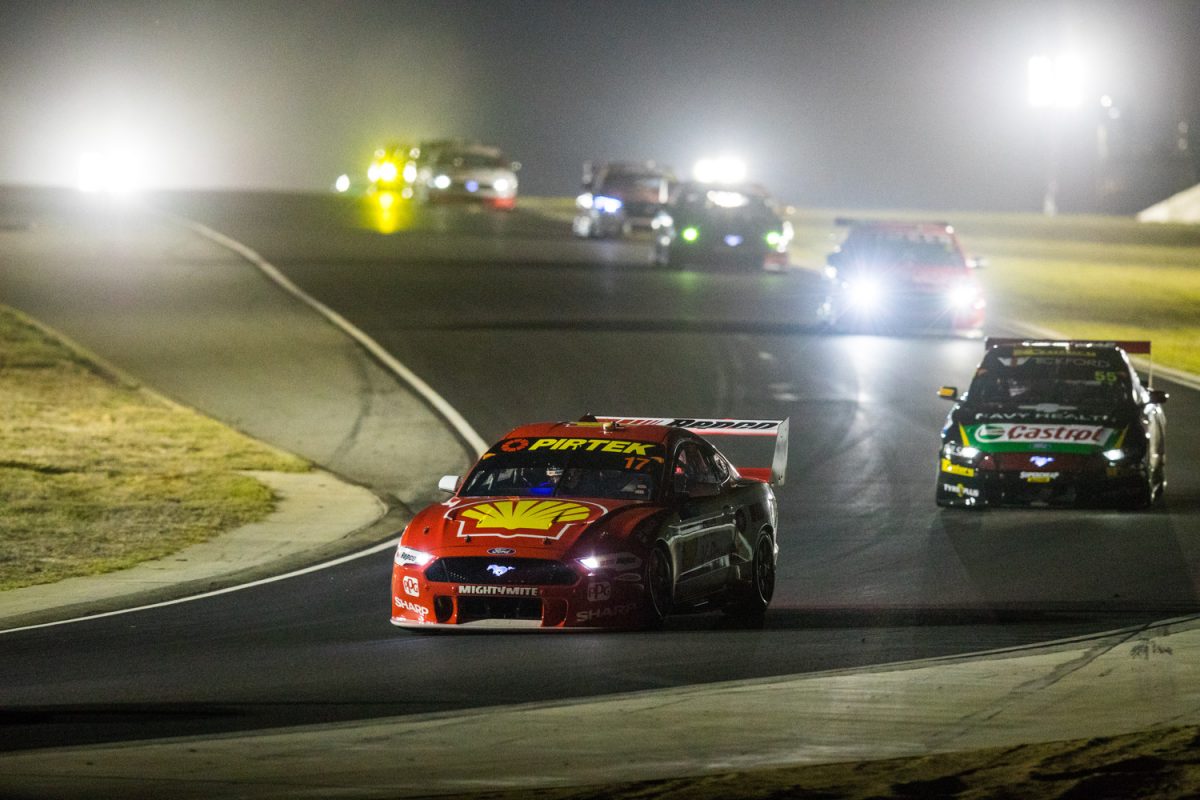 Supercars is unable to confirm if the Ford Mustang will run unchanged for the remainder of the season following the change to its aerodynamic package.

Last weekend all six Mustangs ran with a changed aero package including smaller rear wing endplates, a lower gurney flap and a shorter front undertray extension as part of a Supercars directive to ensure technical parity across the field.

The changes arrive in the wake of a flying start made by the Ford Mustang and blue oval teams Shell V-Power Racing and Tickford Racing, which have shared 11 wins from 12 races to date, with the former scoring 10, including eight by Scott McLaughlin.

However, the effects of the changes are unlikely to be truly understood until the championship heads to other circuits given the new, grippier track surface at Barbagallo Wanneroo Raceway and the night racing conditions.

Ford released a statement following the confirmation of the aero changes where Ford Performance global director Mark Rushbrook confirmed it would comply with the ruling but stated its disappointment before saying that it expects to run its Mustang unchanged from now on.

Supercars made the parity adjustment under rule A1.4, which allows the category to make changes if a significant disparity between the homologated models exists.

When asked by Speedcafe.com if he could guarantee the Mustang would run unchanged as per Rushbrook’s statement, he said: “Look we just want to go racing now.

“We’ve had enough talking about it (parity) to be honest with you.

“What was so good about the event in Perth was we reminded everybody why we’re here.

“It’s not about parity and wing angles and all the rest of it, we’re here to entertain people and the more technical we make the sport, the harder it is for people to enjoy it.

“I think it was good for us to go and put on a great show and remember why we’re all here and that’s to entertain fans and make motorsport look great and we absolutely did that.

“We’re focused on putting on the show.”

“I always catch up with the folks from Ford and Penske whenever they’re in town,” he added when quizzed about the meeting with Rushbrook and Penske.

“We talked about a range of different things, it (the aero changes) wasn’t the only topic of conversation.

“It’s always good to have them here, they’ve got so much insight from other series around the world, to get their feedback in anything from operations all the way through the lighting is always good.

“You’ve got to tap into those types of resources whilst they’re around so that you can learn things and go forward.”

Shell V-Power Racing boss Ryan Story was asked if he was expecting more changes to the Mustang on Fox Sport’s The Loud Pedal podcast.

“I think that what’s exacerbated the problem is that you’ve got a car in the ZB Commodore that’s got a more rearward balance over a more tradition 60:40 type aero balance overall.

“And I think that that’s exacerbated their issues is that some of those teams have got their heads around the twin spring, or the lack of twin spring, and how that was used to tune the front of the car and get the car to rotate.

“So we’ve seen some other issues which have perhaps polluted the air so to speak in terms of how good this car really is.

“I think it’s been a convenient excuse when you’ve had six cars close to the front and some other cars not quite up there with them for other reasons.

“It has been very convenient to say the Mustang’s strengths are an excuse as to why those results have played out the way that they have.”

Next Story Premat to participate in AD practice at Winton