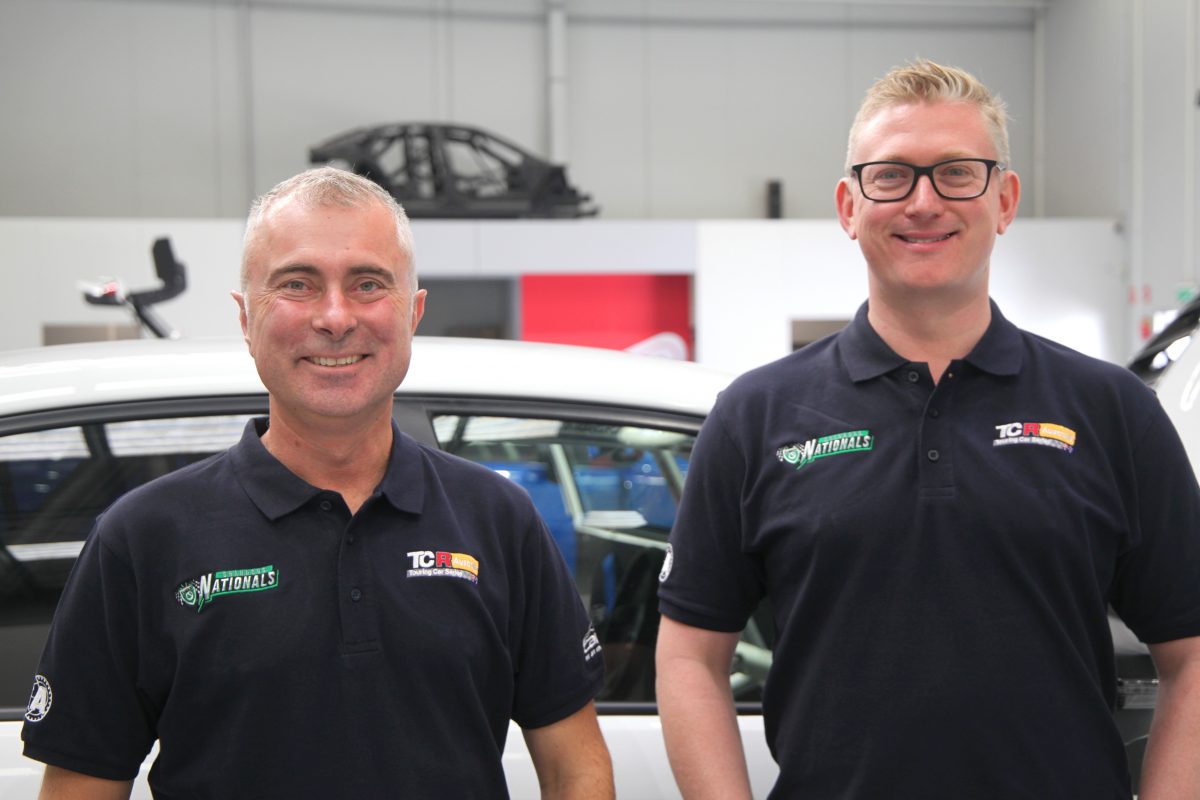 The duo will host and commentate the new seven round two litre touring car series which will be shown live on SBS and via the live stream on the TCR Australia and Shannons Nationals websites.

Rust and Noonan boast a wealth of broadcast experience having called several motorsport championships including Supercars.

They will be joined by pit reporters Emma Notarfranceso and Cameron van den Dungen throughout TCR Australia’s inaugural season, which begins at Sydney Motorsport Park from May 17-19.

“I had so much fun working on the Shannons Nationals live stream last year. It was just good to do something fresh. With TCR joining the line-up and coverage on SBS 2019 is going to be a ripper year,” said Rust.

“It kind of takes me back to where it all began. My first proper TV job was with SBS in the mid ’90s. And it has a little of a Super Touring vibe about it.

“I loved working on that series too. Different makes, drivers and teams from various motor sport backgrounds and a brilliant broadcast team.

“Plus I’ve seen TCR up close in Singapore when I’ve covered the F1 race there – it’s fantastic that it’s coming down under.

“I love working ‘the lane’ and that won’t change on race day but I’m really excited to join my buddy ‘Noonz’ in commentary for TCR. His preparation is second to none and we both plan to make this fun.”

Rust’s commentary partner, Noonan added: “I’m really excited about the TCR Australia Series and bringing the action to fans around the country, mainly due to the simple fact it’s an all-new series that is absolutely impossible to predict – there’s no form guide or runs on the board yet,” said Noonan.

“There’s a whole fleet of cars brand new to the country, a range of well-credentialed drivers that will be adapting to them and a great blend of makes and models – it’s those elements that see me keen to get to Sydney for Round 1 and see who stacks up where.

“The opportunity to link up with ‘Rusty’ to call the action on SBS is one that has taken nearly 20 years to come together. We have rarely worked on air together given we were on different broadcasters but on the very rare occasions where we have worked together, we’ve had a ball.”

SBS’s coverage of TCR Australia will begin on Saturday, May 18 at 1400 AEST, with one race to feature on the one hour show on Saturday, while Sunday’s broadcast will showcase two back-to-back races and run from 1300– 1500 AEST on May 19.

Preparations for the TCR Australia Series opener are in full swing with 12 drivers confirmed for Round 1 at Sydney Motorsport Park.