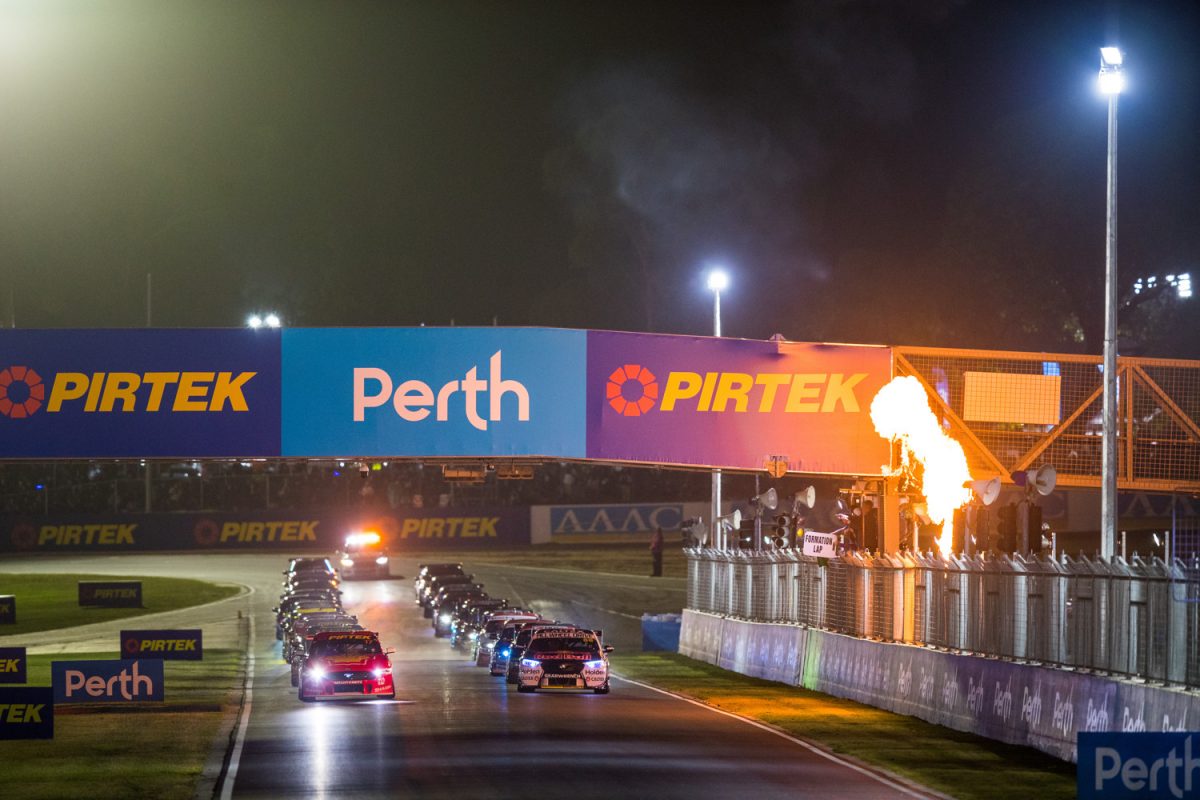 Supercars is targeting at least two night events for its 2020 calendar with a return of the Pirtek Perth SuperNight on its wish list.

The championship enjoyed a successful roll out of its SuperNight concept in Western Australia, reporting a 23 percent increase in the three-day attendance compared to 2018, while television ratings were significantly up year on year.

A decision to bring night racing to Perth’s Barbagallo Wanneroo Raceway for this season followed the success of the inaugural SuperNight at Sydney Motorsport Park which dropped off the 2019 schedule.

It will, however, return in 2020 following a deal with New South Wales Government which has confirmed a $33 million investment in installing permanent lighting at the Western Sydney venue.

It appears the prospect of two night races for next year is realistic with Supercars intending to strike a new deal with the Western Australian Government and Barbagallo circuit operators WA Sporting Car Club (WASCC) to host the Perth SuperNight after its overwhelming success.

Drivers and teams have already led calls for more night races to be added to future Supercars schedules with Winton and Darwin’s Hidden Valley Raceway tipped as possible venues.

Supercars boss Sean Seamer declared the Perth race as ‘another level up’ in all departments compared to Sydney last year with the lighting and race format, that consisted of races under lights on Friday (120km) and Saturday (200km), vastly improved.

“Well we’ve obviously got Sydney going under the construction of the permanent lighting and discussions are a fair way down the track with the circuit there and with NSW for plans moving forward there,” Supercars CEO Sean Seamer told Speedcafe.com.

“We would like to go back to Perth and night race there.

“We believe that that track, that layout provided a natural amphitheatre so we are hoping, although not confirmed, for at least two (night races) next year in Sydney and Perth.

“We’re really happy with how the event went obviously.

Talks with the WA Government regarding the future of the Perth SuperNight are expected to be held in the coming weeks with Seamer relatively confident a deal can be struck.

“I think obviously they’re in a positive place after the quality of the event that was put on over the course of the weekend,” said Seamer.

“The conversation that I had with the minister and the teams at Western Australia tourism were all very positive on Saturday night. The teams will start working on what the future looks like from here.

“I think it will be a relatively easy process. Western Australia’s very important for us for our sponsors, obviously we need to debrief properly, look at lighting, look at the quality of lighting, where we source the lights from and have conversations around dates, so there’s plenty to be done.

“But there’s plenty of positive intent from both sides.”

While the event ticked many boxes for Supercars, Seamer maintains that there is always room for improvement with its SuperNight concept.

Teams were somewhat critical of the timing between sessions which is one area that could be enhanced.

The prospect of adding a post-race concert similar to those held at Adelaide and Townsville to close proceedings is another item under consideration.

“We had those discussions this weekend. I think again that that venue in particular at Perth is a natural amphitheatre so to have a band that plays back up on to the hill after the race is something that we’ll look at next year,” Seamer said.

“It’s too early to confirm that. You’ve got to make it happen operationally, but it is under consideration.

“We’re debriefing at the moment but we’re very happy with how the event played out this year and any other operational changes or tweaks that we need to make along the way we will.”

Supercars is expected to lock in its 2020 calendar, that is understood to start earlier and feature a winter break, by the end of June.