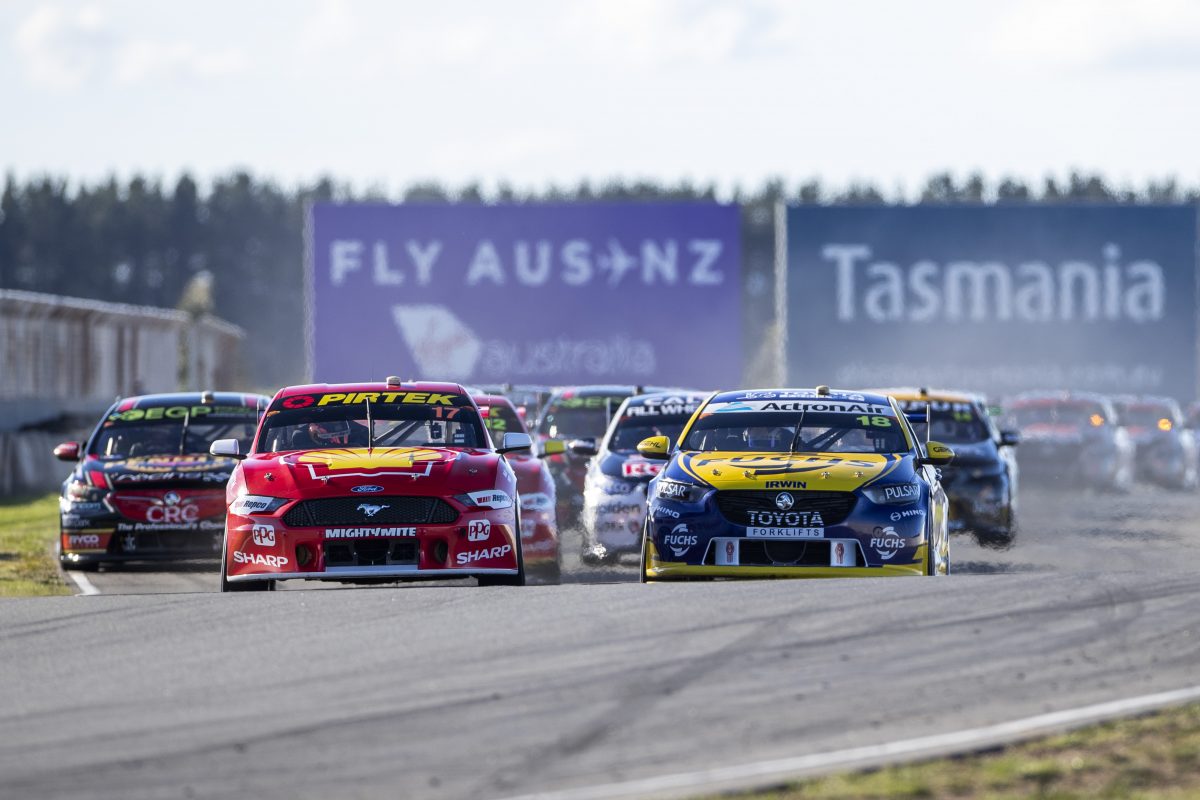 Symmons Plains will continue to host Supercars until 2023

The Virgin Australia Supercars Championship is set to race at Symmons Plains until at least 2023 as part of a new deal reached with the Tasmanian Government.

Last month’s visit to Symmons Plains was the last under the previous five-year contract to host Supercars with the championship at the time stating talks for its renewal were positive.

Now it has been confirmed that the popular Tasmanian circuit, which celebrated 50 years of touring car racing at the venue this year, will remain on the calendar for the next four years.

The Tasmanian Government is also committed to invest $5.6 million over five years to secure the event, as well as $1.75 million with Motorsports Tasmania for safety and amenity improvements.

“The ongoing support of the Hodgman Government for Tasmania’s largest annual event ensures we keep coming back to what is a great event,” said Supercars CEO Sean Seamer.

“Supercars and motorsport have a rich history in Tasmania with some of the most knowledgeable, passionate and devoted fans in the country. It is fantastic to be able to confirm to them today that Supercars will continue to race live at Symmons Plains.”

Premier Will Hodgman said the annual Supercars round at Symmons Plains is Tasmania’s largest event and attracts more than 55,000 people, including over 7,500 interstate visitors.

“The Supercars are a major drawcard on Tasmania’s events calendar. It brings thousands of people to Tasmania who get to enjoy our world class hospitality and showcases our state to over 1.2 million viewers around Australia,” Premier Hodgman said.

“Interstate visitors stay for an average of four nights, and will inject about $6.4 million annually into Tasmania’s visitor economy, which is great news for cafes, restaurants and hotels across Northern Tasmania.

“The Tasmanian Government has been committed to developing a broad ranging events calendar to encourage visitors to explore every region of Tasmania, and the Supercars’ round shows off the north of our state like no other.”

The announcement is the first of a several expected event renewals as Supercars continues to work on formalising its 2020 calendar, which is predicted to be locked in by the end of June.

Earlier today Speedcafe.com revealed that the series is looking to lock in a return to Perth for a night race event following the success of the inaugural Pirtek Perth SuperNight.