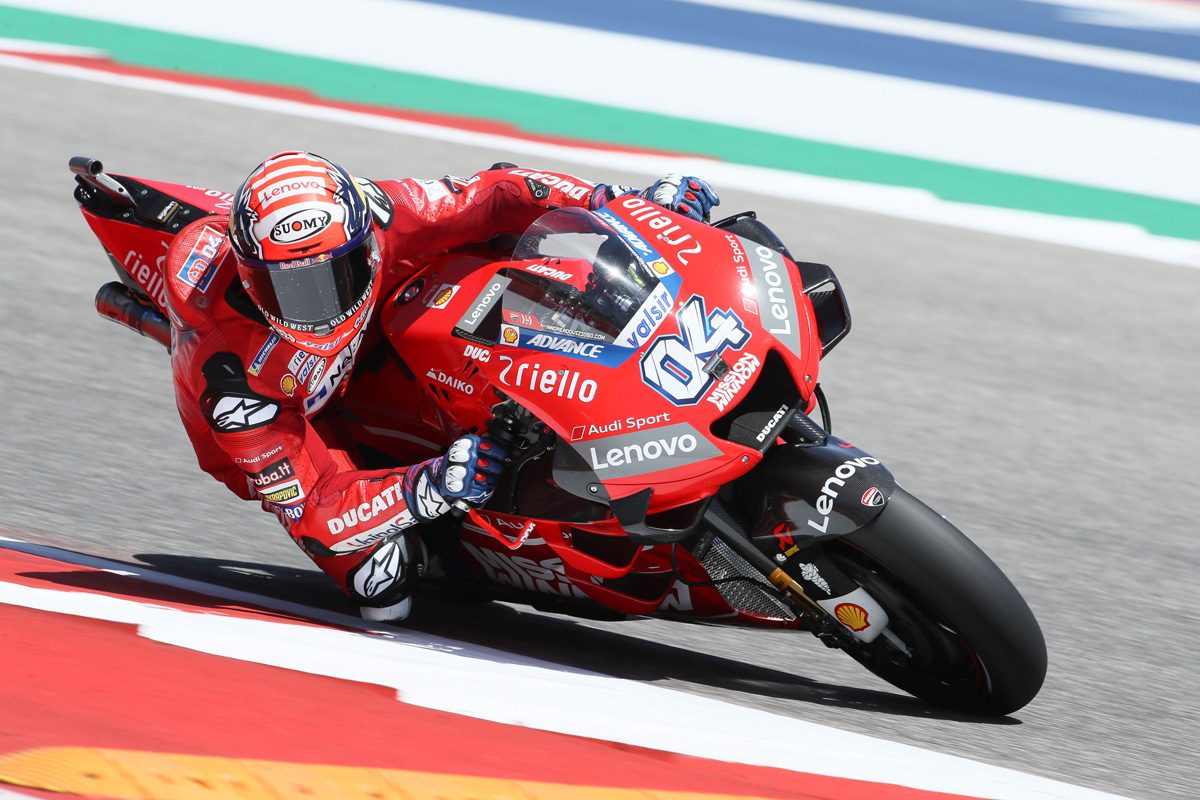 Ducati rider Andrea Dovizioso will make a guest appearance for Audi at Round 3 of this year’s DTM season.

The 12-time MotoGP race winner will join the series at Misano, where he will drive and Audi RS5 DTM car.

It will follow two days of testing at the circuit where the Italian will gain his first taste of the machine he’s set to race.

“This is a big deal – and not just for MotoGP fans,” said Gerhard Berger, Chairman of the DTM umbrella organisation ITR.

“I’m really pleased that our manufacturers are supporting the concept of high-profile guest drivers once again this season.”

DTM makes a point of welcoming guest drivers, with retired champion Mattias Ekstrom competing for Audi at the opening round of the 2019 season.

Previously, Alessandro Zanardi has raced for BMW in Misano, while six-time WRC champion Sebastien Ogier had an outing with Mercedes at the Red Bull Ring.

“It will be fascinating to watch how one of the best motorcyclists in the world adapts to the challenge of DTM,” Berger added.

“The world will be watching intently.”

“I am very happy to be competing in such a competitive series as the DTM,” said Dovizioso.

“For every Italian racer, Misano is a special track, and the place where I scored an incredible victory last year.

“That’s why I’m very excited and grateful for this opportunity.”

Dovizioso has form on four wheels, racing in the Lamborghini Super Trofeo series in Valencia at the end of 2016.

The 33-year-old was leading the MotoGP championship until last weekend’s Spanish Grand Prix.

He will line up for Audi on June 7-9, but before then will continue to race with Ducati at both the French and Italian MotoGPs.

Previous Story Silverstone to be resurfaced ahead of Grand Prix