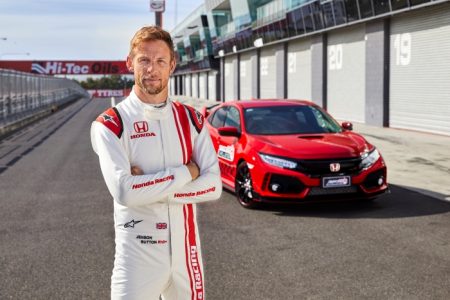 The 2009 F1 world champion set a new benchmark lap time for a front wheel drive production road car by posting a 2:35.207 effort around the 6.2km circuit.

Honda ambassador Button jumped behind the wheel of the Civic Type R as part of the Japanese brand’s Type R Challenge 2019 road tour which aims to showcase the capabilities of Honda’s new hot hatch road car.

The Brit has previous experience at Bathurst having driven a Triple Eight V8 Supercar and a McLaren F1 car around the circuit as part of a PR stunt for then team sponsors Vodafone in 2011.

During the event Button set an unofficial lap record of 1:48.8s in the McLaren F1 car.