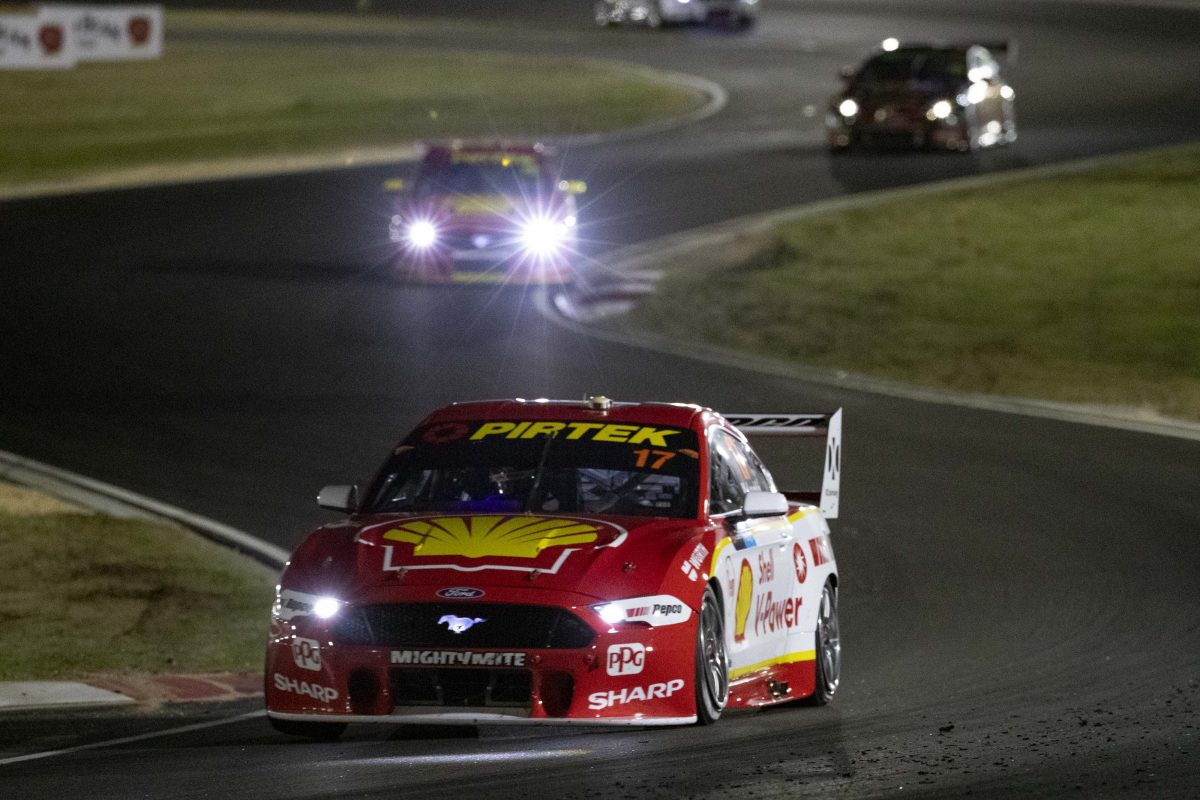 Scott McLaughlin has aired his frustrations regarding the ongoing parity debate, stating the situation has denied the Shell V-Power Racing squad the credit for its success.

Supercars has been engulfed by concerns over parity this season following a flying start from the Ford Mustang and in particular DJR Team Penske.

The squad has scored 10 wins from 12 races with McLaughlin chalking up eight behind the wheel of the new Mustang while team-mate Fabian Coulthard has two to his name.

Only Chaz Mostert driving a Tickford Racing Ford and Triple Eight’s Shane van Gisbergen have also enjoyed visits to the to step of the podium this year.

To address technical parity across Ford, Holden and Nissan models, Supercars has levied a centre of gravity adjustment to the Mustang and Commodore before imposing tweaks to the Ford’s aero package prior to last weekend’s Pirtek Perth SuperNight.

The process has left McLaughlin frustrated, which he revealed after winning Saturday’s Race 12 at Barbagallo Wanneroo Raceway.

“I wouldn’t say personally, but yeah, absolutely I’m frustrated,” said McLaughlin in the post race press conference when asked if the parity changes had affected him personally.

“I’ve seen how hard everyone’s worked as soon as this (Mustang) thing was announced.

“They worked bloody hard on building the car from the computer screen to what it is now.

“We got through all the VCAT (aerodynamic testing) and all that sort of stuff and got to a point where it got all ticked off by everyone. And then eventually all this stuff happens.

“I understand there’s bits and pieces that went on, but whether you agree with it or not, you’ve got to deal with it. We’ve got to push on and Supercars have got to adjudicate where they need to.

“I’m probably more on the (team’s) side, you look at it from a frustrating point of view because you feel like you’re just a good team, and we do feel like we are one of the best teams up there – and that’s where we feel the differences (are) rather than the actual car.

“I think last year we were probably on the back foot a little bit in terms of overall car pace. I think that’s all sort of evened out now and we’re showing true potential.”

Both seven-time champion Jamie Whincup and Mostert admitted that Shell V-Power Racing is operating in a ‘league of its own’, which arrives at time where McLaughlin is driving at the peak of his powers.

“I feel like I’m driving the best I ever have,” McLaughlin told Speedcafe.com prior to last weekend’s races.

“Some people will say that’s due to other things, why we’ve been so dominant, but I’m proud of my team and proud of how we’ve been going and I’ve put in a lot of hard work as well as my team-mate (does), and we’re here because we’ve done a good job.”

The work an effort from DJR Team Penske has not gone unnoticed by co-owner Roger Penske, who hailed a double victory for his team in Perth as ‘world class.’

The championship heads to Winton for the sixth round of the series from May 24-26.