Ingall calls for reduction in downforce in Supercars

Ingall calls for reduction in downforce in Supercars 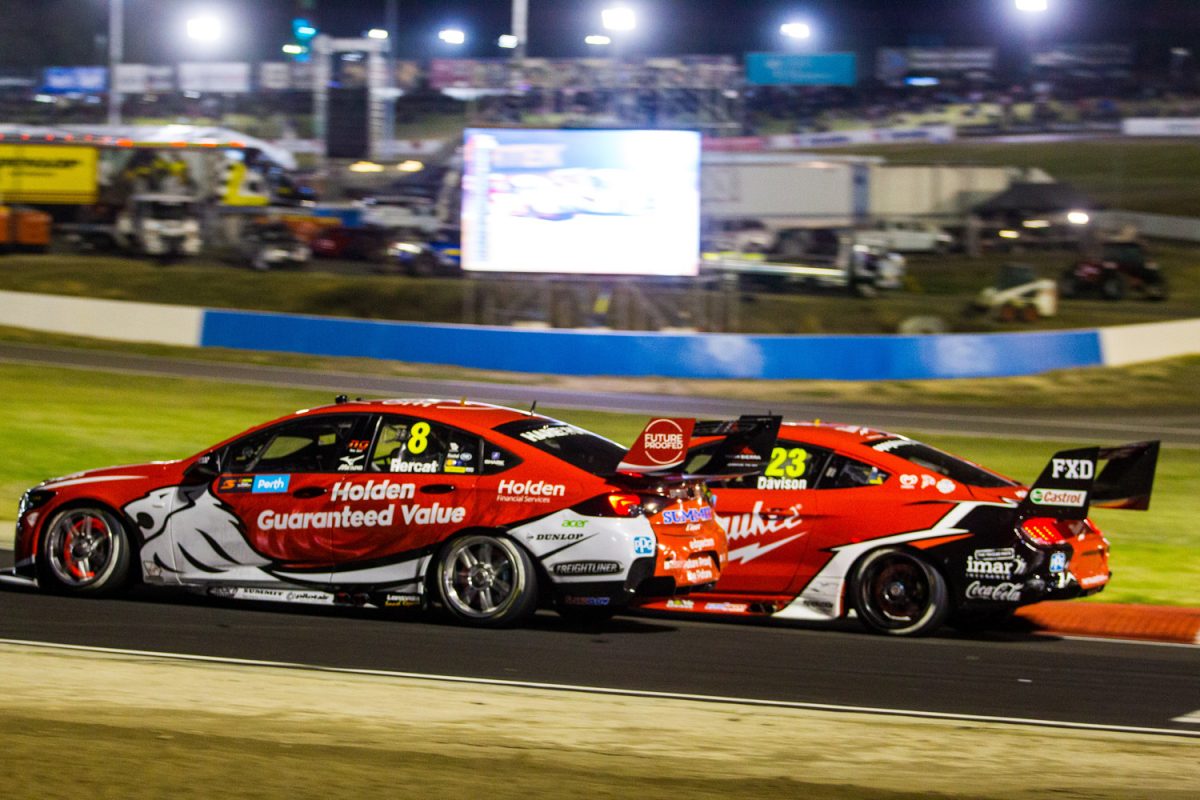 Russell Ingall has called for a reduction in downforce in Supercars amid news that the Commission is in fact considering the idea for implementation as soon as next year.

Championship regulations currently mandate a total downforce figure (front plus rear) of approximately 350kg at 200km/h, and it is generally understood that around 200kg of that is generated from the rear.

Aerodynamics have been thrust into focus again by the introduction of the Ford Mustang, which took to last weekend’s Pirtek Perth SuperNight in a revised specification featuring reductions to the size of the rear wing gurney, rear wing endplates, and front undertray length.

The original specification, as homologated late last year and therefore considered legal at the time, was found to have given the Mustang an aerodynamic advantage over the incumbent ZB Commodore and the six-year-old Nissan Altima L33, which had its aero package revised over the off-season.

However, as reported by Speedcafe.com, there are also moves to potentially reduce the allowable downforce for all models which came to light during the Barbagallo event.

Speaking in the second episode of Enforcer & The Dude – Bench Racing, Paul ‘The Dude’ Morris suggested that DJR Team Penske, which served as the official homologation team during the multi-party process to develop the Mustang for Supercars, “have got plenty in reserve” with respect to aerodynamic performance despite the most recent changes.

Both Morris and Ingall believe that downforce levels have gradually increased in recent years despite the theoretical limit, and that such a development has had a detrimental impact on the quality of motor racing.

“The common thing you see is (that in) each homologation over the years, the wings are getting bigger on the car, but the test says they’ve all got the same downforce,” observed Morris.

“The point is, the test, since we’ve had Car of the Future (introduced to racing in 2013), they’re all meant to have the same downforce and when you look at the cars and even when you drive them, you get in them and they’ve got more downforce and they’re not meant to.”

Supercars Board member and team owner Brad Jones claimed that there was “clearly” a “problem” with the VCAT (V8 Supercars Aerodynamic Testing) homologation process on Fox Sports’ The Loud Pedal podcast, in light of the decision to modify the Mustang under Rule A1.4 (Technical Parity) of the Supercars Operations Manual.

On the issue of downforce generally, Ingall hypothesised that homologation teams have somehow found a way to game VCAT, which relies heavily on straight line running on air strips.

“I’ve got a theory behind all of this as well, and it’s been backed up by other people that I’ve spoken to, I reckon that because of the process that Supercars has been using for homologation, they’ve been ‘hot-rodding’ the system,” he explained.

“When I say hot-rodding, not illegal, but finding ways around the test that they do, which is just an aero test, up and down a dragstrip, an aeroplane field at a certain speed limit, a rundown test so they coast down as well, taking measurements and laser pointers and all the rest of it.

“I reckon because they’ve been hot-rodding it, the teams with their cars, that all of a sudden they reckon there’s nearly 30 percent more downforce in the current cars to when Car of the Future first initially came out.

“You don’t want more downforce in these cars; more downforce produces worse racing. Think of F1; what are F1 trying to do at the moment? Pull all the wings off the things, pull the downforce so you don’t have to have artificial passing with DRS and all these sort of things, fake passing.

“Seriously, more downforce ruins the quality of racing, and that’s been tried and tested throughout the world, that’s a known fact. So if they’ve got 30 percent more downforce because people keep pushing the mark up, bad news for racing.

“I mean, think of some of the events… I was watching a ’04 or ’05 Pukekohe race; seriously good racing. The race was a burster. People were (just) hanging onto it, they’re going into the corners trying to gather it all up…

“It was such good racing and I think that quality of racing has been lost, and no one even knows it, because they’ve gradually been stepping the mark up, (and) the cars are easier to drive.”

The move towards a possible reduction in downforce would apply across all competing models rather than being a Mustang-specific change.

It would also follow a broader trend in world motorsport after DTM and IndyCar both reduced downforce levels last year, the latter via the reintroduction of spec bodywork, which is widely regarded as producing better racing in both series.

Formula 1 has also taken steps to try and rein in downforce this year before a new regulations package is set to take effect in 2021 that could further address the problem of aerodynamic wake disturbance. 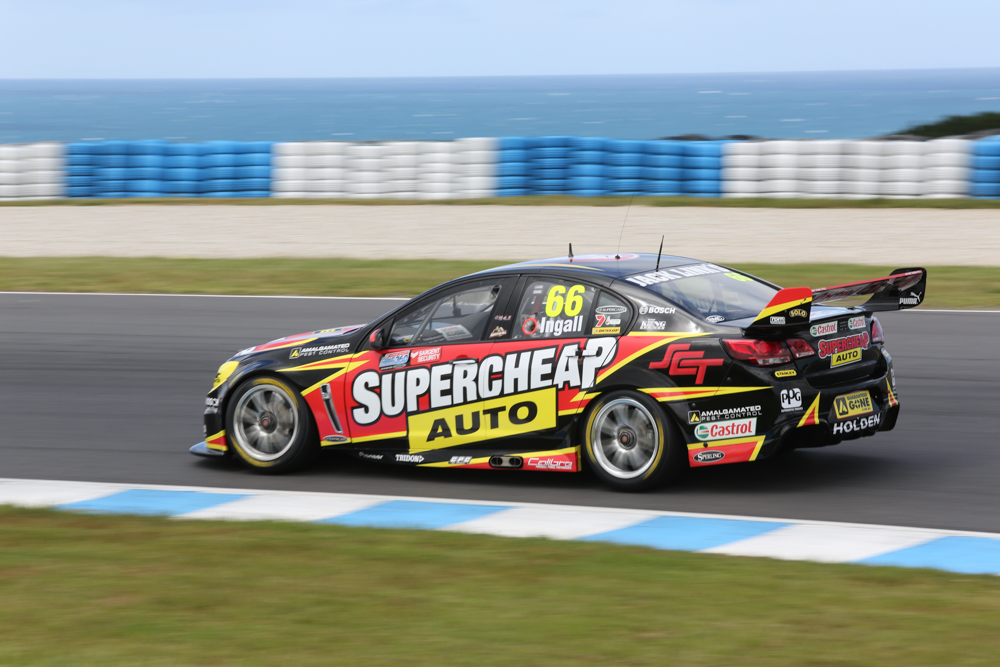 Russell Ingall in his VF Commodore in 2013