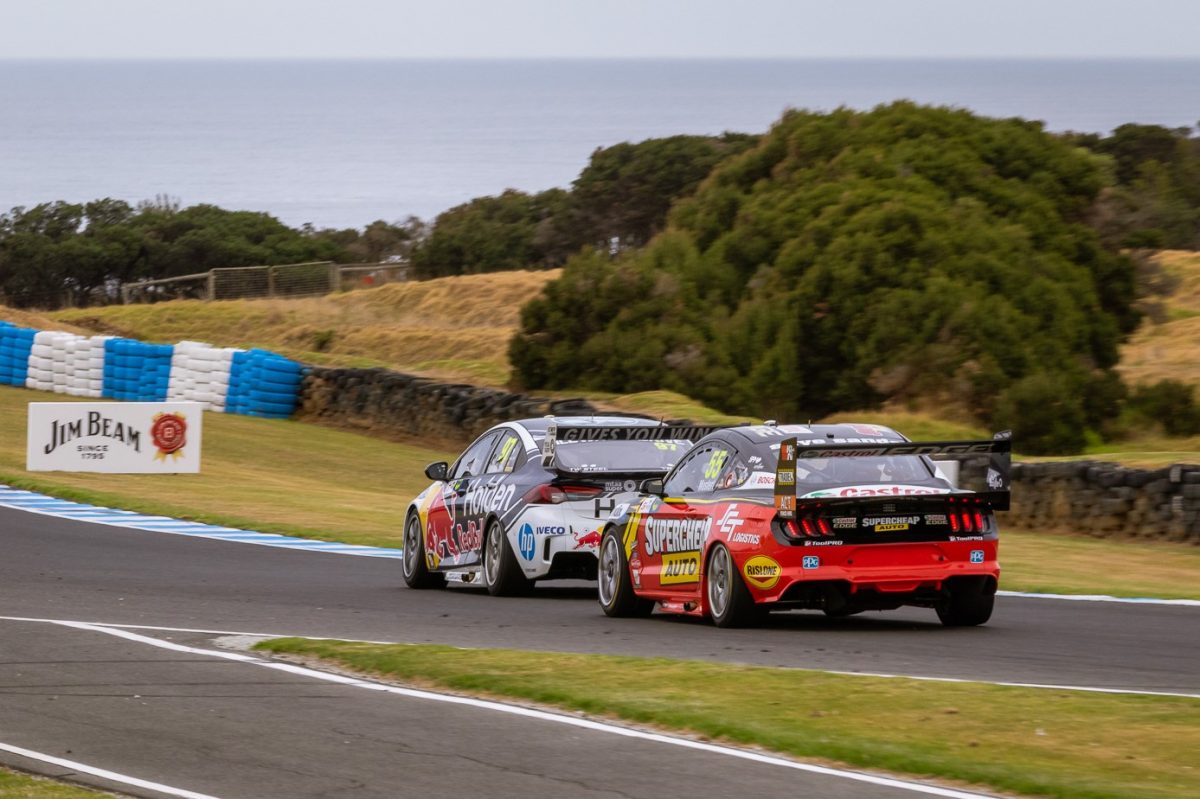 The rear wing is a key part of the aerodynamic package

Homologation teams have discussed a push to reduce the amount of aero on Supercars in the future in a bid to improve the racing, Speedcafe.com has learned.

Championship regulations currently mandate a total downforce figure (front plus rear) of approximately 350kg at 200km/h which is measured in straight-line running during the VCAT homologation process.

While this figure has been in place since the start of the Car of the Future era, there are moves from teams to decrease the figure across all homologated cars that could introduced as early as next year.

Less aerodynamic influence and as a result downforce being created by the cars would, in theory, allow drivers to follow each other more closely and enhance the racing with more opportunity for overtaking.

The situation has reared its head in other motorsport categories, notably Formula 1 which has this year moved to decrease aero to improve its spectacle.

It comes at a time where aero is very much a topic of discussion given the parity debate that has embroiled the championship and resulted in the Mustang having its wings clipped.

“I think it’s important that whatever we do, we do right,” Shell V-Power Racing managing director Ryan Story, who also sits on the Supercars Commission, told Speedcafe.com.

“At the end of the day, what’s most important is the people sitting in the grandstand and sitting on their couch at home watching, so the key motivation for any change or anything that we do has to be, ‘Does it improve the sport?’; it needs to pass that litmus test.

“And the second thing we all need to ask ourselves is, ‘How does this assist the teams with long-term sustainability?’

Roland Dane, boss of Holden homologation team Triple Eight, is in favour of a reduction in aero, confirming discussions have taken place with teams in support of an alteration.

“We’ve supported making a change but not a wholesale change; (more) making a step, and then there might be another step in future after that.

“I don’t think it will do any harm to take small steps backwards.

“Honestly, we shouldn’t reinvent the wheel overnight but for sure we should look at taking small steps.

When asked if the changes could arrive for next season, Dane added: “Possibly. That’s still got to be decided.”

Kelly Racing, the homologation team for the Nissan Altima, has declined to comment on the current aero discussions.