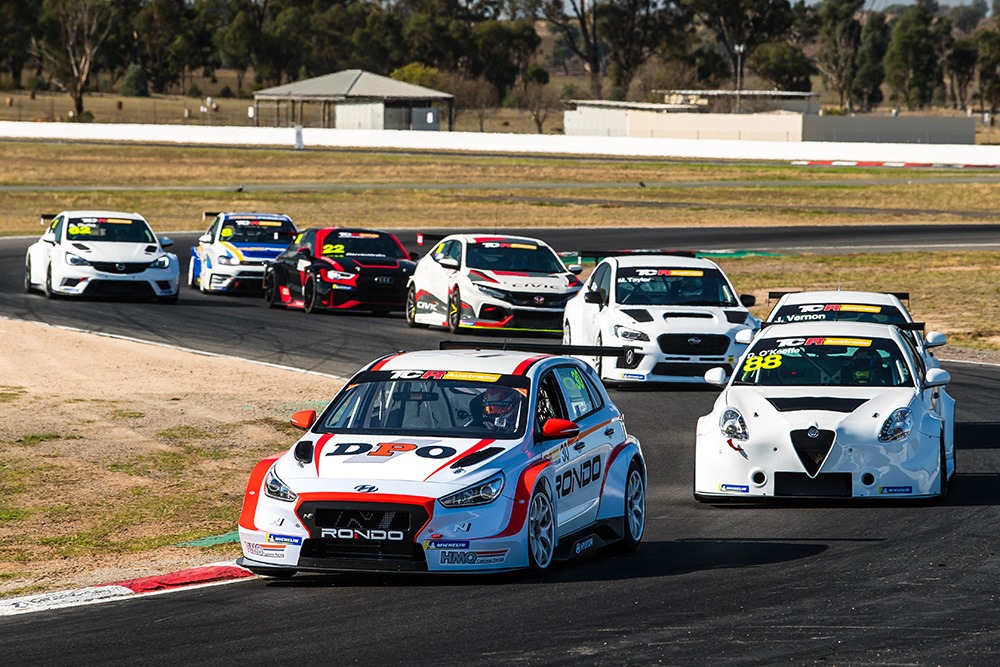 The TCR cars at Winton

A dozen cars have completed a pre-season test day at Winton ahead of the inaugural round of TCR Australia in Sydney later this month.

A number of teams ran their TCR cars for the first time, while 2016 Australian Rally Champion Molly Taylor had another opportunity to acquaint herself with a race car ahead of her circuit racing debut.

The Subaru-contracted Taylor will line up with Kelly Racing in a WRX STI alongside her ARC drive.

“It was a big first day for me here at Winton,” said Taylor.

“There was a lot to take in and so much to learn but I really enjoyed the day with Kelly Racing and I know what I need to work on heading to Round 1 in Sydney.

“I have had a taste of the Subaru TCR car previously in Europe, but the conditions here are very different and today I had an engineer and data to work with so that part of it was new to me and that’s where I have a lot to learn.”

Former Virgin Australia Supercars Championship full-timer Alex Rullo drove one of the Kelly Opel Astras, with the other to arrive in Australia prior to Round 1.

Will Brown, fresh off a maiden Super2 race win at the Pirtek Perth SuperNight on Friday evening, cut his first laps in a TCR car in the sole Hyundai i30 N which HMO Customer Racing took to the test, sharing with Nathan Morcom.

“They’re fast, they look tough and they feel great to drive out on track,” said Brown.

“It was certainly a different feeling getting used to the front wheel drive, but once I got used to that it, I loved every second of it, it was a ball of fun to steer.

“The TCR cars are on a world scale as we can see they’re huge in Europe. Compared to the home-grown Supercars, the V8s are a bit faster but this is completely different to drive.

“The test day so far has been great and hopefully when we get to Sydney in two weeks we can be really competitive from the outset.”

Jason Bright drove both of the Volkswagen Golf GTIs which his Team Tradie outfit will campaign in 2019.

“I’ve driven a lot of different cars in my career, from GT cars to Le Mans Prototypes, Sports Cars and Open Wheelers, and the TCR is a lot of fun to drive,” said the 1998 Supercheap Auto Bathurst 1000 winner.

“I expect the racing is going to be awesome because the cars move and bounce around so much and it’s going to create plenty of excitement for the fans.

“It’s a new category in Australia, the cars are still very fresh and teams haven’t had the chance to do any testing yet so it’s a very level playing field in that regard and I think that’s a good thing.

“The cars are running well have run really well here and we can’t wait to get to Sydney.”

There were 12 cars on track in total, the others being the two Wall Racing Honda Civics, Melbourne Performance Centre’s Audi RS3 and Golf, and the Giulietta Veloces run by Garry Rogers Motorsport and Ashley Seward Motorsport.

GRM’s two Renault Meganes are also still on their way to Australia and, like the second Astra, will arrive this week.

No official lap times were recorded at the test.

Round 1 of TCR Australia takes place on the Shannons Nationals card at Sydney Motorsport Park on May 17-19.