POLL: Was the Pirtek Perth SuperNight a success? 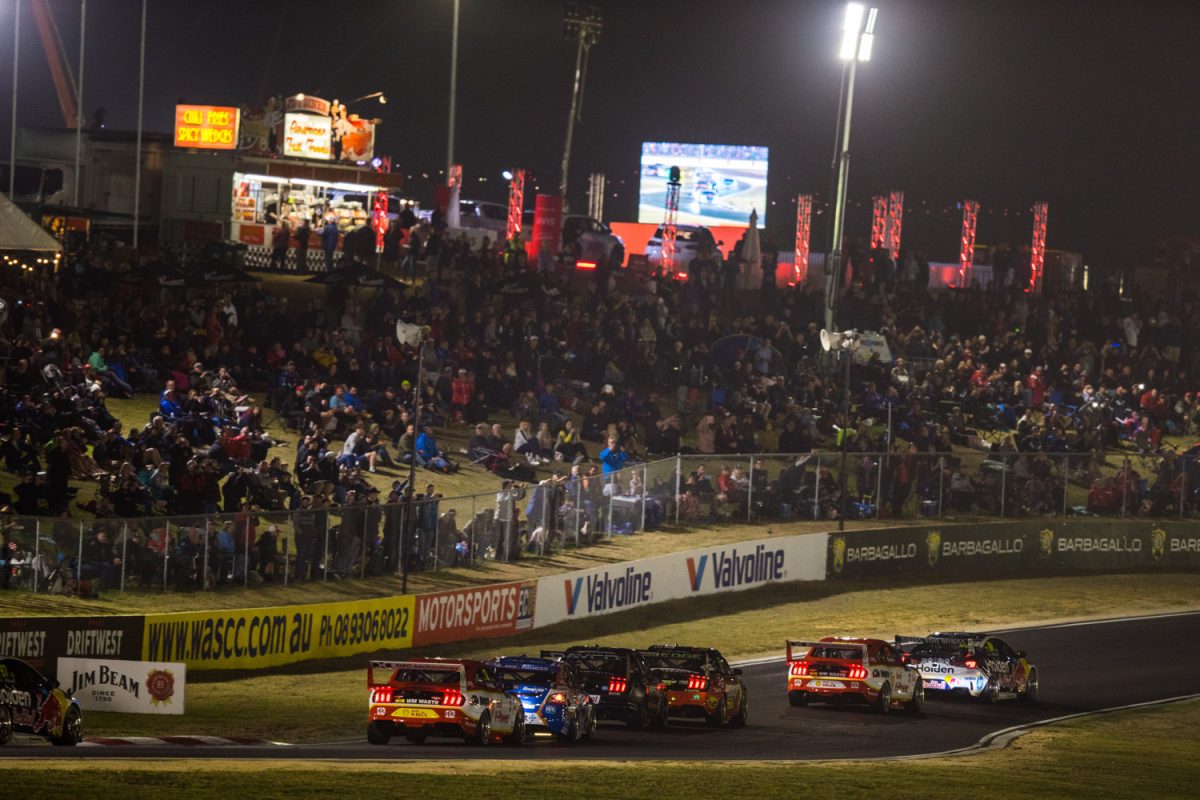 The first lap of Race 12

Supercars took its SuperNight concept to the other side of the continent this weekend, with Races 11 and 12 run under lights at Barbagallo Wanneroo Raceway.

The first Pirtek Perth SuperNight came after Sydney Motorsport Park, which last year hosted the first night time Supercars racing on Australian soil in more than two decades, was dropped from the calendar.

The event marked not only a change of venue for the SuperNight but also a change of format, and fans responded both at the circuit and in their living rooms.

According to Supercars, the three-day attendance was 31,160, a rise of 23 percent on the 25,333 crowd at Barbagallo 12 months prior despite Saturday night’s race clashing with the West Coast Eagles versus Gold Coast Suns AFL fixture in the city (The Saturday afternoon race also clashed with an Eagles home match last year).

Television was a more close-run thing on pay television compared to the Perth SuperSprint of 2018.

However, the Barbagallo event had no live free-to-air component last year, whereas Network 10 drew 226,000 (five-city metro) on Friday night and 261,000 on Saturday night.

The National Rugby League match which Race 12 went up against, in part, being the Sydney Roosters v Wests Tigers fixture, recorded 212,000 viewers.

Barbagallo’s undulating, 2.42km layout arguably provided a better setting for the SuperNight, with fans closer to the action than in Western Sydney, including the tricky climb through Turns 2 and 3 and a key passing zone at Turn 7.

Supercars also illuminated the circuit far better than it did Sydney Motorsport Park last year, perhaps aided by having almost 1.5km less track to deal with as well as some pre-existing lighting for local racing in the West.

The format was essentially a standard SuperSprint (but for the omission of one practice session), as opposed to Sydney’s single-race schedule, although holding qualifying and two of the weekend’s three practice sessions at daytime did seem anomalous.

While having twice the number of races (albeit totalling only 20km more than the Sydney SuperNight 300) was a popular move, the lack of a single focus and dispersal of fans away from the main straight meant that the highly acclaimed driver introductions were also watered down significantly.

As much as Sydney was a spectacle in 2018, the busy nature of Barbagallo seems to make the best of night racing, which highlights its features better than it does the expanses of Eastern Creek.

Was the Pirtek Perth SuperNight a success? Cast your vote in this week’s Pirtek Poll.

Next Story Resurgent Tickford more in control of its destiny