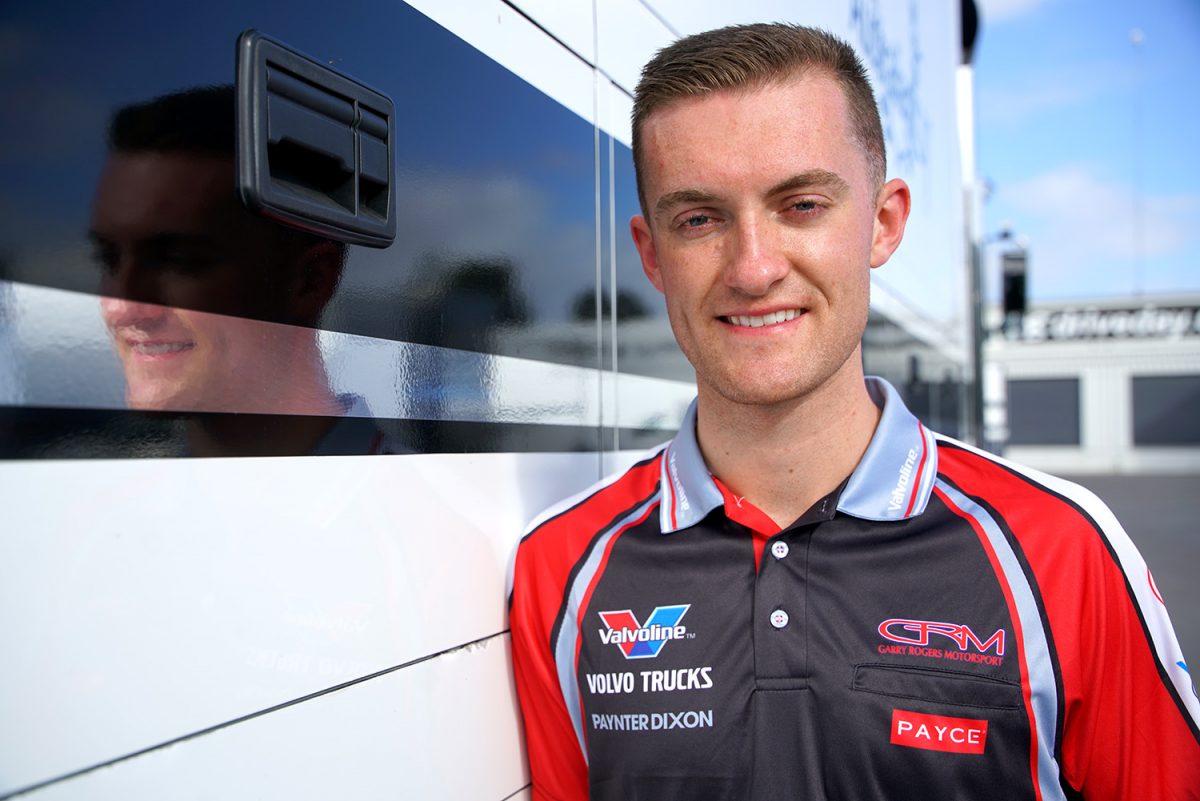 Garry Rogers Motorsport Super2 driver Dylan O’Keeffe will also pilot one of the team’s Alfa Romeos in the inaugural season of TCR Australia.

O’Keeffe’s move into the new series sees him also reunite with the squad which fielded him in Porsche Carrera Cup Australia, as Ashley Seward Motorsport (ASM) will run the Guilietta in conjunction with GRM.

The 21-year-old Melburnian is currently 10th in the Dunlop Super2 Series, the best positioned of the five rookies, and was a race winner in Carrera Cup with ASM last year.

“Ash has played a major part in my racing life since I started in Porsches five years ago, and now I’m obviously aligned with GRM, working for them full-time and racing with them in Super2,” said O’Keeffe.

“It’s great to see both teams working together and helping each other, and I’m very happy to be a piece of the puzzle.

“I’ve watched some of the TCR races overseas, and they’re always great to watch – the cars are evenly-matched, and they put on close racing with plenty of passing.

“One of the best things about the category is the cars are the same all around the world, so once you’ve learned the right driving technique, you can go and race in other TCR events and know what to expect.

“I’m expecting the driving style to be completely different to anything I’ve raced before.

“Fortunately, we have the pre-season test tomorrow at Winton, which will give me a chance to learn and understand the car.”

According to TCR organisers, the deal struck between ASM and GRM will “see the two organisations supporting each other with technical information, data and logistics.”

Ashley Seward states, “I’ve watched TCR cars in overseas races, and when it was announced the series was coming to Australia, I decided it was definitely a category we needed to be involved in.

“When you look at the younger demographics here in Australia, they’re all driving hot hatches – TCR is about taking these sorts of cars from the road to the racetrack, and enabling them to compete on a level playing field. There’s no doubt it’s going to appeal to competitors and spectators.

“In terms of our own resources, we have everything we need to run a competitive TCR operation, and it’s a category that fits well with our existing programs in categories like Carrera Cup and Porsche GT3 Cup Challenge.

“I’ve known Garry and Barry Rogers since I was very young, and our workshop is only 500 metres away from theirs – it made total sense for us to work together on this program.

“They are running three other TCR cars, and we will both benefit from each other’s resources and technical knowledge.

The O’Keeffe announcement marks the filling of the final seat in the four GRM-owned cars.

The official test day will be held tomorrow at Winton before Round 1 at Sydney Motorsport Park on May 17-19, while O’Keeffe’s next Super2 round is not until the Watpac Townsville 400 on July 5-7.