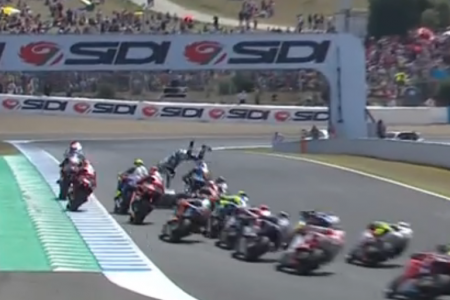 Remy Gardner has suffered concussion while Dimas Ekky Pratama escaped serious injury after the former highsided from third on Lap 1 of the Moto2 race at Jerez.

Gardner had qualified fourth for the fourth round of the season in Spain and made a strong start which saw him gain a position through the first corner.

However, the rear end of his SAG Kalex cranked sideways on exit and threw the Australian off with most of the 31-bike field behind him.

Alex Marquez, who Gardner had twice made contact with on the run to Turn 1, rode into the stricken #87 bike, which took the Spaniard down and caused his Marc VDS machine to also strike Gardner himself.

Luckily, most of the force was taken by bike on bike, and Gardner was able to sit up as medical crews attended to him in the middle of the track with the race red flagged.

Pratama appeared to fare worse, clouting the #87 Kalex which had been flung further along the truck and going down himself.

The Indonesian’s own body slid into the KTM of Marco Bezzecchi as the Italian rounded Turn 2, causing yet another rider to fall.

Pratama was stretchered from the scene while Bezzecchi rode back to the pits.

Marquez’s Kalex was pushed back to his garage and hastily repaired such that he could take the start from pit lane.

Both Gardner and Pratama were taken to the medical centre and were conscious, before advice was given by MotoGP that the former was “declared unfit due to a head concussion” but the latter “declared fit after a medical check.”

The race was rescheduled for 15 laps and restarted, after which time a message from the medical director was displayed onscreen advising that both Gardner and Pratama had been taken to the medical centre but were conscious.

Championship leader Lorenzo Baldassarri won the race after a battle with Pons team-mate Augusto Fernandez, who got the jump from third on the grid.

Baldassarri made the move at the Lorenzo Corner (Turn 13) on Lap 7 and while Fernandez then stalked him for several laps, he lost touch with the #7 Kalex towards the end.

It was Jorge Navarro, who dropped from pole to fifth at the restart, that finished with a head of steam on the #9 HDR Speed Up machine and took the chequered flag only 0.359s behind the winner.

Fernandez was third on the #40 Kalex while Marquez could only manage 24th on the wounded #73 Kalex. 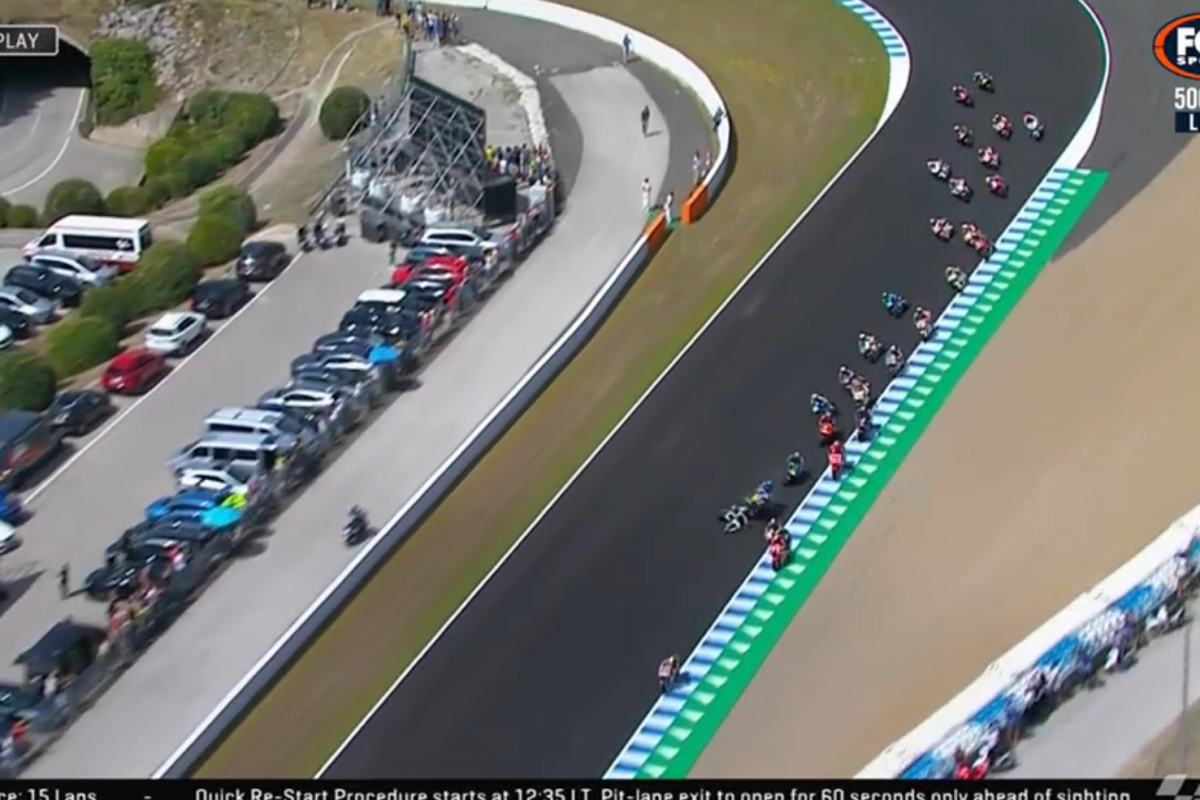 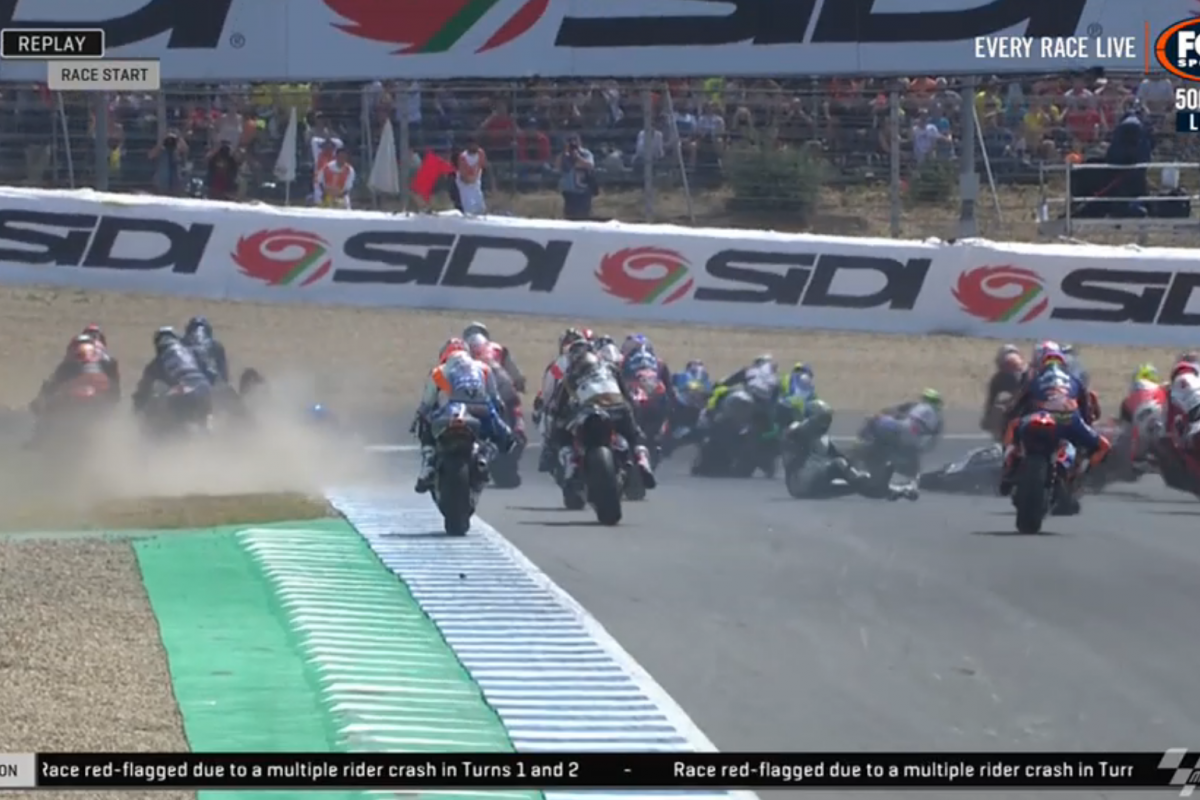 Gardner stranded in the middle of the track pic: Fox Sports