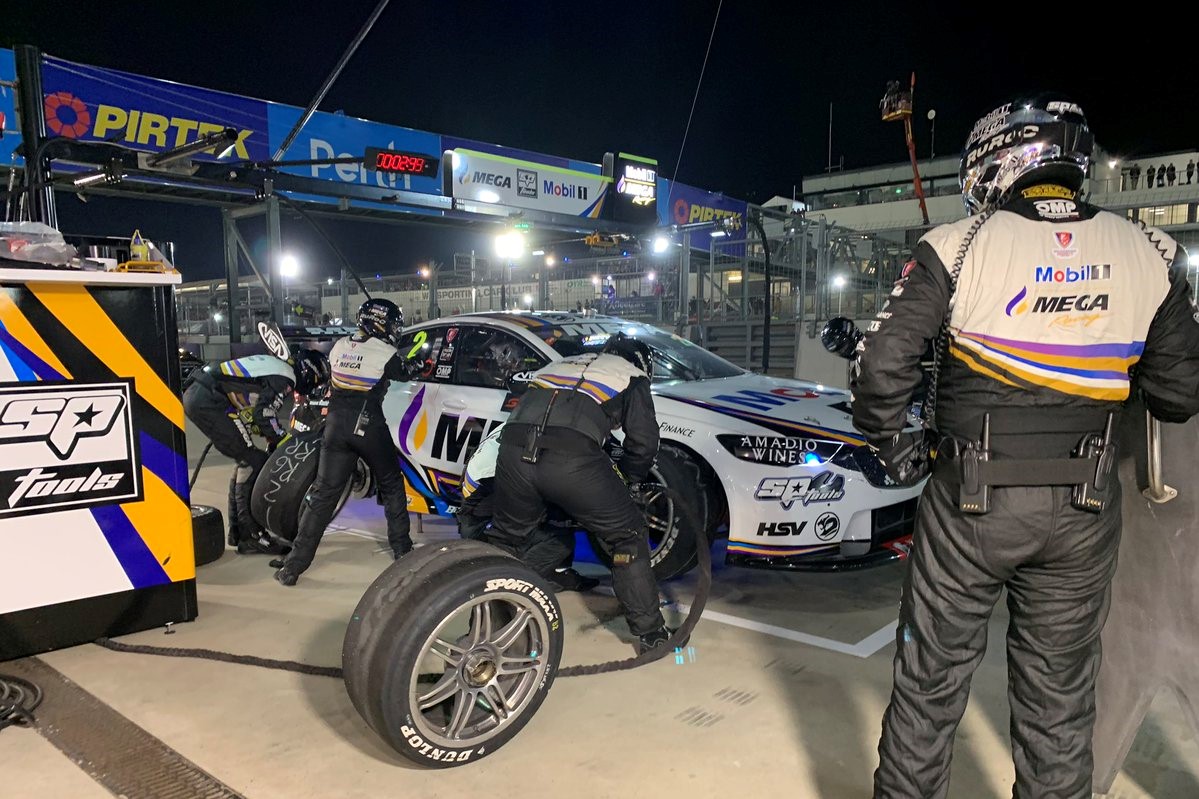 Walkinshaw Andretti United has been fined $3000 and penalised 30 teams’ championship points for a breach of the new-for-2019 rule designed to address wheelspin during pit stops.

The stewards summary reveals that the Holden squad broke the rule during Race 11 of the season at the Pirtek Perth SuperNight, although it does not specify on which car the breach occurred.

Cars are now required to have their line lockers engaged when elevated on air jacks during a pit stop as an extension of the safety provisions which came to prominence in the controversy over Shane van Gisbergen’s pit stop at Pukekohe last year.

In this case, the wording of the stewards summary leaves open the possibility of an actual instance of wheelspin, although that would in any event only occur if the system failed as opposed to ultimately being due to driver error.

“Following a DRD investigation and an admission by WAU Racing Pty Ltd of a breach of Supplementary Regulation 5.11.2 (during any Pit Stop, from the time the Car leaves the ground, the rear wheels must stop rotating prior to the Car being lowered to the ground) the Stewards imposed the penalty of a fine of $3000 and the loss of 30 teams Championship Points on WAU Racing Pty Ltd,” read the stewards summary.

WAU arrived in Perth in seventh position in the teams’ championship and would have remained there despite James Courtney finishing last (25th) due to a puncture and Scott Pye 16th.

The loss of a further 30 teams’ points, however, puts the pair of Mobil 1 Mega Racing entries 16 behind Kelly Racing’s #15 and #7 Altimas, which finished a position either side of Pye in that order in Race 11.

There have been no other incidents investigated or penalties imposed in Perth so far.