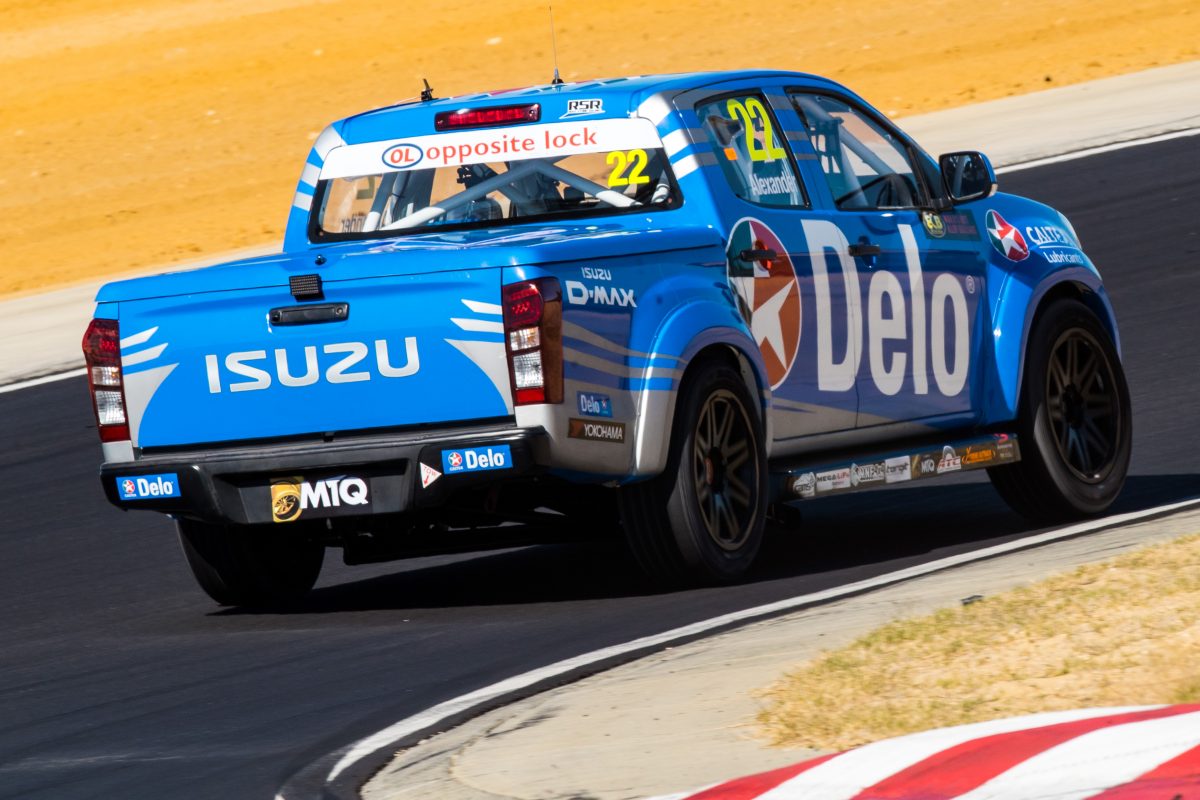 Tom Alexander has picked up a second race win in Round 2 of the ECB SuperUtes Series at the Pirtek Perth SuperNight meeting.

The Isuzu D-Max driver led all the way in Race 3 having seen off pressure in the latter half of the 12-lap affair from Elliot Barbour.

Barbour started from first position by virtue of points accrued so far in the weekend but Alexander took the lead to the first corner from the outside of the front row.

Ben Walsh challenged Barbour from the outside of Turn 1 but instead lost third position to Harris as they ran through the Turn 2/Turn 3 complex for the first time, and his #8 Toyota Hilux soon developed a problem again.

Harris had his #1 Mazda BT-50 predominantly on the grass as he attacked Barbour at the start of the second lap but the #78 Triton driver had the inside line to Turn 1 covered.

They continued to run in close proximity but there was a shift around the halfway mark of the 12-lap race as Barbour caught up to Alexander and dropped Harris.

There was no change at the front but Mick Sieders (#10 SRT Hilux) dived down the inside of Harris at Turn 7 on Lap 10.

He didn’t hold the position for long, getting sideways at the other end of the main straight although television footage was inconclusive as to whether there was contact between the pair at Turn 1.

Crick (#7 Triton) was able to pass Sieders as he tried to fight back, and then got Harris at the end of the penultimate lap.

The 2018 series winner took the chequered flag in fourth but was reclassified to seventh shortly after the finish due to the addition of a five-second penalty.

Ross Stone Racing’s Alexander (#22 D-Max) will take the series lead to Round 3 at the Truck Assist Winton SuperSprint on May 24-26.